5 Most Popular Anime Characters of All Time 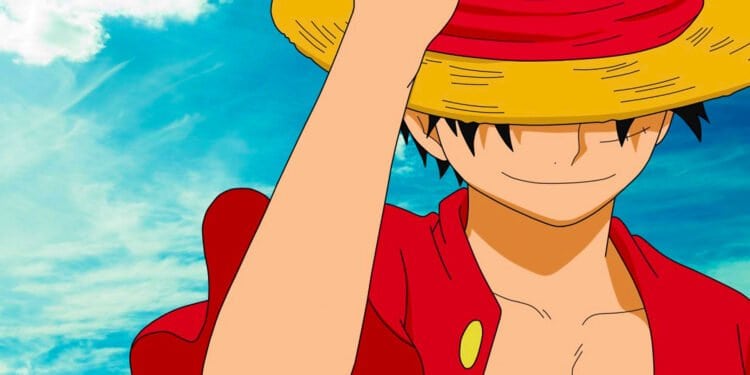 The most popular anime characters of all time? Where do we even begin? Anime is often recognised by the lineup of characters in a show or movie. In fact, it is often the characters (heroes and villains) and their development that truly make or break the production.

Here is a list of some of the most popular anime characters of all time, and what makes them so prominent.

When it comes to highly conceptual and moral-based plotlines, anime and manga series do not hold back. Death Note features a teenage high school student — Light Yagami — supposedly claiming himself to be the saviour of humanity and cleanser of everything evil.

The series kicks off with Light being a highly intelligent and well-accomplished student who seeks something more out of his life. Needless to say, the death god Ryuk himself listens to his wish and makes it come true by giving him the Death Note, a notebook that allows the user to kill anyone by simply inputting their name.

After realising the potential of this power, Light begins to go public under a vigilante persona with the name of “Kira”, cleansing the world of criminals while keeping himself hidden from the world’s greatest detective.

The character has appeared in the manga series, the anime series, novels, video games and even the Netflix film. Light Yagami is definitely one of the most popular anime characters of all time. And with good reason.

The protagonist of the most highly-rated anime of all time, Fullmetal Alchemist’s Edward Elric has shown how deep and thrilling shounen anime can be. As a character, Edward has quite a relatable personality – with an underdog passion for growth and drama that clearly portrays the moral complexity of the show’s plot.

Following a forbidden experiment going wrong, Edward Elric ends up losing his arm and his brother’s physical body to a certain powerful being. Ed, therefore, sets out on the journey to bring his young brother back to his original state, and possibly unravel the reason behind alchemy’s existence.

The anime touches on a mix of genres and insights on topics, such as religious drama, politics and, of course, friendship. Edward Elric is basically the face of all shounen anime and is undoubtedly one of the most popular anime characters of all time.

The Captain of the Straw Hat Pirates — Monkey D. Luffy – is one of the most popular anime characters of all time. In fact, One Piece is easily one of the biggest series to have ever come out.

Being the child of the world’s most dangerous criminal, while on the other hand being the grandchild of the Marine’s greatest soldier, Luffy certainly has quite a lot going for him. Inspired after being saved by the Red-Haired Shanks, Luffy decides to go on a journey and become the King of the Pirates.

Luffy’s personality is quite charming. He is a fun-loving, straightforward, and simple-minded pirate with abilities that make him a rubber man.

Throughout his journey, fans have laughed and cried with him and his brand of justice. And, if it isn’t obvious by now, he is simply the most lovable character in the anime universe.

Charisma and a charming personality are often not the only traits you’d need to be popular, and the Captain of the Survey Corps, Levi Ackerman, certainly proves that. This character does not need any introduction. In fact, his very first scene left fans from across the globe in awe. Fans not only love the character but also respect him for his development and accomplishments in the Attack on Titan storyline.

Where gargantuan creatures known as Titans have struck fear in the hearts of humans for centuries, the only man to ever hold back these man-feeding monstrosities was Levi Ackerman. In fact, even the titan-shifters are afraid of engaging Levi. I mean, there is a reason why he received the title of being humanity’s greatest soldier.

1. Lelouch Lamperouge – Code Geass – our pick for the most popular anime character of all time.

Taking the #1 spot is a character from an anime that has possibly the most sophisticated and tightly structured plotline. Lelouch Lamperouge was a prince and the 17th inline candidate to receive the throne. However, following the assassination of his sister and mother, Lelouch renounced his status and continues to live in Japan in political banishment. During his time there, he comes across a mysterious girl who grants him a formidable ability to dictate any person’s actions once, known as the Geass.

After discovering this ability, Lelouch begins to embark on a journey of redemption and destruction. Now leading a revolutionary group known as the Order of the Black Knights, Lelouch goes through several changes that completely transform his personality. He begins to lie, betray and kill thousands of people without any hesitation. And taking note of just his transformation, fans are left titillating and thrilled to see what happens next.

Lelouch Lamperouge has definitely become one of the most popular anime characters of all time.

Tell us, who do you think are the most popular anime characters of all time? Are there characters missing from the list?