Home > Movies > 15 Most Powerful Marvel Characters Coming To The MCU

15 Most Powerful Marvel Characters Coming To The MCU 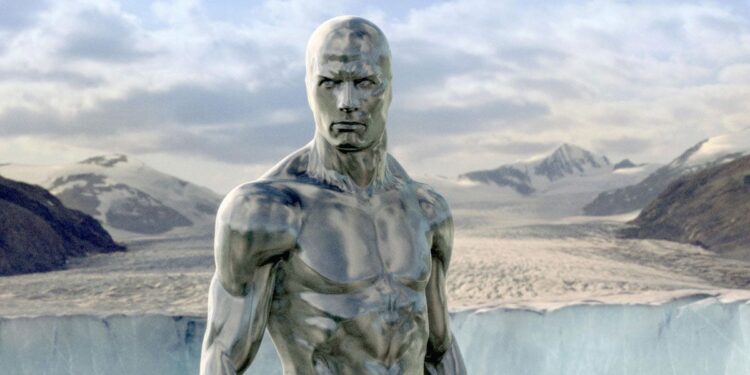 The ever-expanding world of the Marvel Cinematic Universe already has a respectable roster of some of the most emblematic characters from comic book history. However, with the MCU’s Phase Four going galactic, the door is open for some of the most powerful Marvel characters or entities to ever be put on paper to make their big-screen debuts.

In this list, we’ll take a look at fifteen of the most powerful Marvel characters that are yet to appear in the MCU. 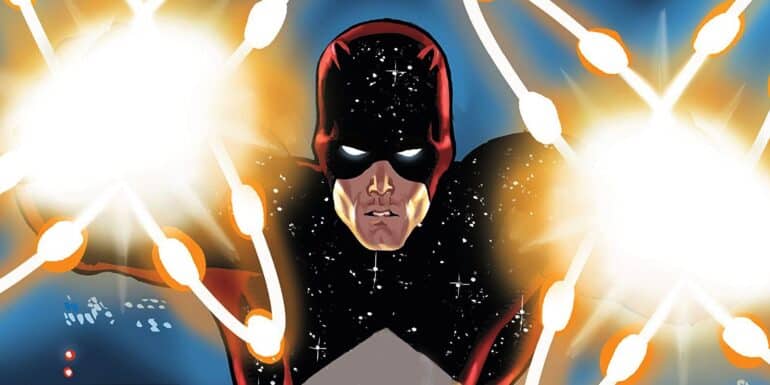 Unlike most of the powerful Marvel characters in this list, Captain Universe is not a single character within the Marvel comics universe. Instead, there have been multiple versions of the characters, as the identity – and its powers – are passed from host to host, kind of like Venom or DC’s Green Lantern.

Virtually invincible, whoever dons the Captain Universe suit will find themselves with amplified superhuman capabilities. Other than the usual Superman-like powers, the wielder of Captain Universes abilities also receives a power comparable only to the Infinity Gems, becoming invincible in their host dimension. 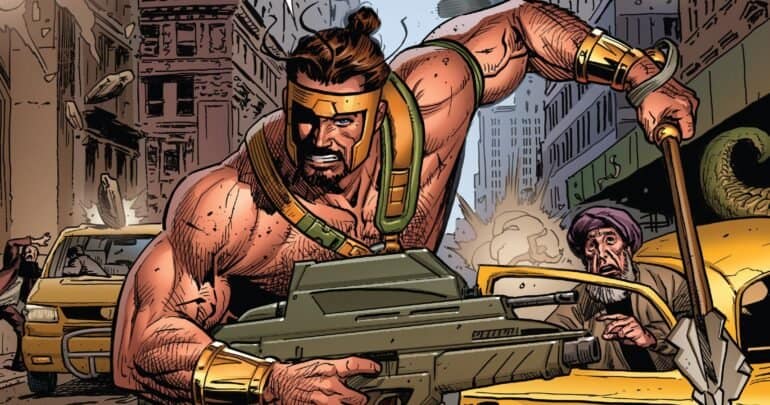 Based on the mightiest of Greek heroes, Marvel’s Hercules was a staple of the Silver Age of Comic Books. Before the book’s delved into pseudoscientific storylines, legendary superhumans were a valuable source of inspiration for comic book writers. Case in point, Hercules and his constant state as an Avenger.

The hero is pretty much a comic book version of Heracles – at least until 2015 came along. Having sacrificed his powers to save the Earth, the only way the Olympian could recover his abilities was through science. Now, Hercules has become a supernatural version of the Punisher, using a combination of supernatural strength and assault weapons to help those in need. 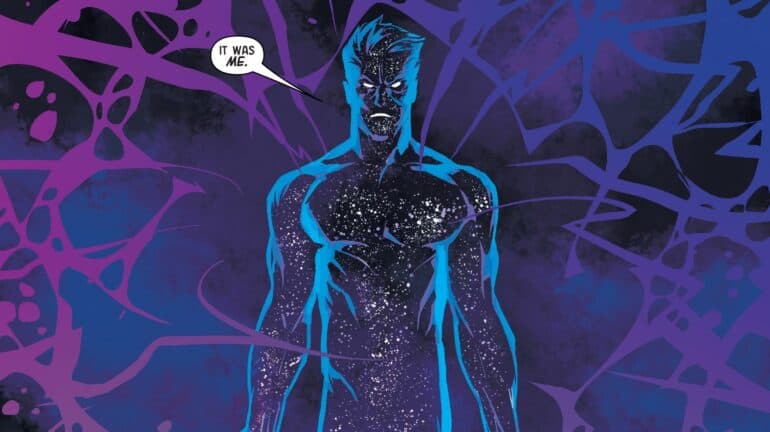 Usually just called Korvac, Michael Korvac began his life as a throwaway character for Marvel’s Defenders. However, Korvac has been gaining infamy in the Marvel comics universe thanks to his drastic means and his status as one of Marvel’s first anti-villains.

Born in an alternate reality, Korvac is considered a “Machine God” by most heroes in the comics. Ever since he was fused with a specialized supercomputer, Korvac can draw energy from almost any source, which allows him to grow to any size he desires. 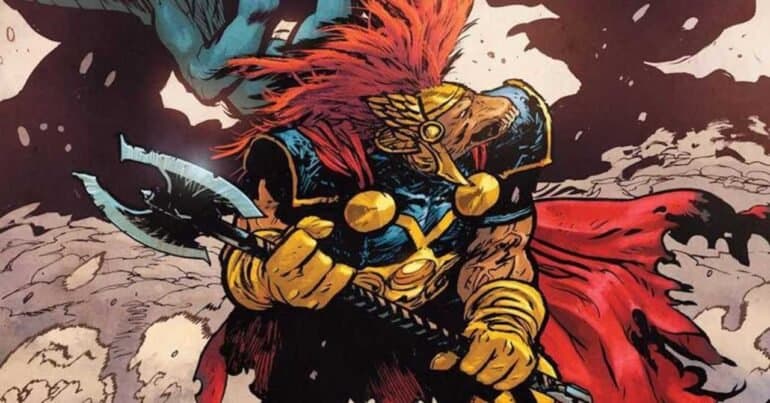 “I may not be a native son of the realm eternal, but the power in my hammer comes from Odin himself. So Beta Ray Bill fights for Asgard! On this day and all the tomorrows!” — Beta Ray Bill

While at first glance it would be easy to confuse Beta Ray Bill with “Thor with a horse face,” this Bronze Age hero is so much more than a simple Thor recolour. After a brief rivalry with the Asgardian god of thunder, Bill and Thor formed a formidable alliance, both wielding their respective thundering hammers.

Besides wielding Stormbreaker, Beta Ray Bill also possesses a myriad of other powers thanks to his technologically-advanced cyborg body. Even though he hasn’t made his MCU debut, a giant bust of Beta Ray Bill can be seen as one of the Champions of Sakaar in Thor: Ragnarok. 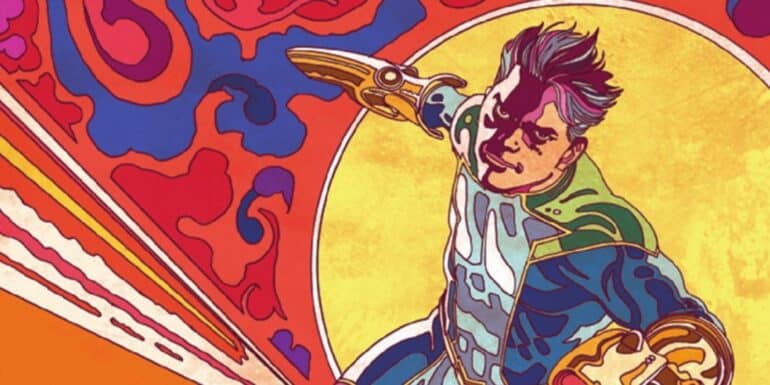 Also known as the Uranian, Marvel Boy’s first appearance happened all the way back in 1950. Created by Stan Lee and Russ Heath, Marvel Boy powers are inspired by the fascinating – and terrifying – world of nuclear weaponry.

Traumatized by the loss of his family at the hands of the Nazis, Robert Grayson is transported to Uranus, where the Uranian Eternals grant him a set of Uranian clothes to turn him into Marvel Boy. Eventually becoming the strongest man to ever inhabit Uranus, Grayson returned to Earth, where he used his powers for the greater good.

One of the most iconic superhumans of classic Marvel comics, the legendary Silver Surfer hasn’t received the recognition he deserves in films. Originally an astronomer from the planet Zenn-La, the Silver Surfer gave up his identity to serve Galactus the Devourer and save his people.

The Surfer was given a new silver body and a space surfboard that allows him to travel faster than light. Though he was originally considered one of the bad guys, the Silver Surfer came to terms with his noble spirit and finally betrayed Galactus thanks to the Fantastic Four. 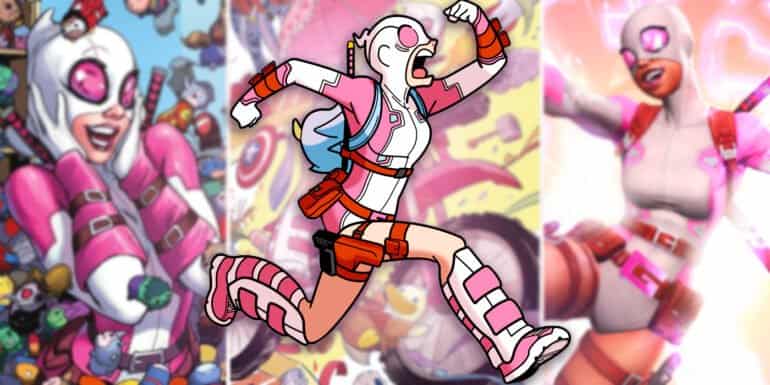 “–Wade is still way too old for me. So to the future Marvel writer who tries to hook us up someday – because I know one of you pervs is gonna try it – Ya Nasty!” – Gwenpool

Imagine if a real-life person with vast knowledge of the Marvel universe was suddenly transported into the realm of comic books. That’s just what happened to Gwendolyn Poole, who takes on the name of Gwenpool in the comics.

Not only does Gwenpool know the secret identities and weaknesses of virtually every Marvel character, but she also has shown reality-altering powers that come from her knowledge of comic book logic. She’s essentially a supernatural entity in the Marvel comic books, having defeated some of the publication’s most feared villains by herself. 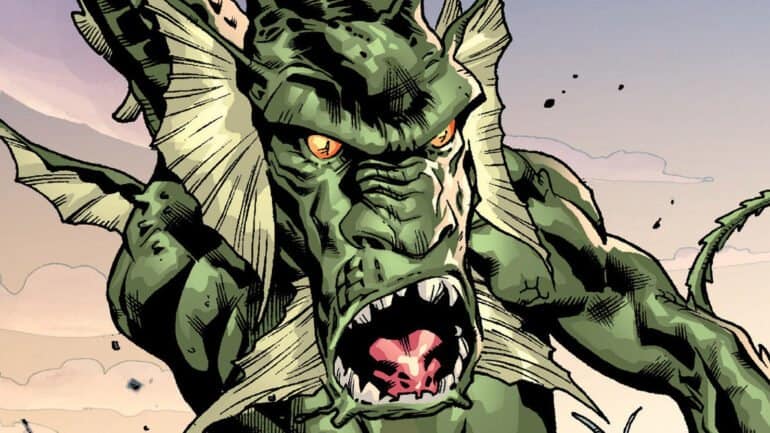 “Worm! I shall roast you like a pig in an iron kettle!” – Fin Fang Foom

The world of Marvel comics is just as magical as any classic fantasy novel, and Fin Fang Foom is the perfect example of that. A massive hulking dragon, this creature actually predates most of the heroes of the Marvel universe, as it was first printed in the pre-superhero era of comic books.

Retconned into being an alien for modern audiences, Foom is able to modify his stature and has access to a vast assortment of weapons from his home planet. Though he hasn’t appeared in the MCU yet, the presence of Shang-Chi could lead to his debut in live-action form.

RELATED: The 15 Most Powerful Characters In The Marvel Universe 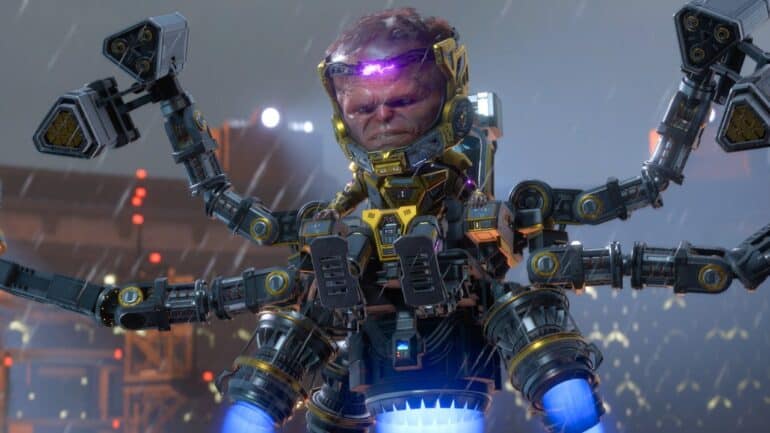 Don’t let MODOK’s funny appearance deceive you: this giant talking head is one of the Marvel comic book universe’s most powerful and feared villains. His name is an acronym that stands for Mechanized Organism Designed Only for Killing – so you know he means business.

Other than his advanced weaponry and insatiable bloodlust, MODOK is also a mastermind tactician and relentless villain, having crossed paths with many heroes in the Marvel comic books universe. Recently, an improved version of the character, called MODOK Superior has become Gwenpool’s archnemesis. 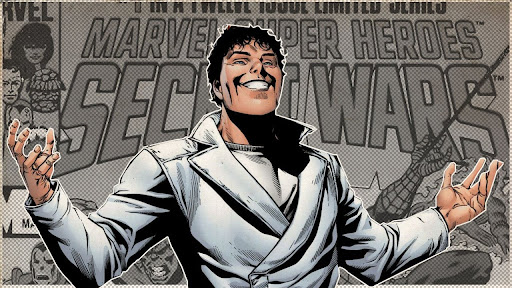 The Beyonder is more than a mere character in the Marvel Multiverse – in a sense, he is a multiverse. A cosmic entity that’s comprised of the sum total of an entire multiverse simply known as the “Beyond,” the Beyonder has been making life miserable for the Marvel universe ever since 1984’s Secret Wars event.

Beginning as a powerful yet shapeless force, Beyonder eventually became human to understand the species. He has since been partially demoted from his status as the most powerful being in existence to be just a power level under the Living Tribunal and some of the Celestials. 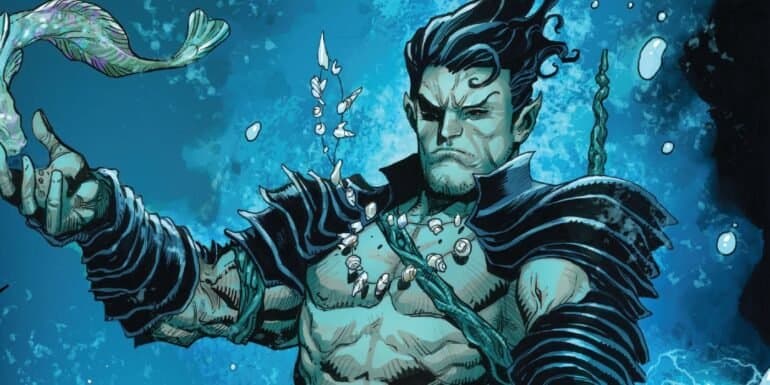 While not immensely powerful, Namor the Sub-Mariner is one of the most important Marvel characters (or villains) that’s ever existed. In his first appearance, Namor was seen as a villain and an enemy of the entire human species.

Ever since then, Marvel Comics’ first superhuman has appeared in some of the publication’s most iconic moments. Though he has never reached the status of someone like Spider-Man, Namor remains one of the most influential characters in the Marvel universe, so his omission from the MCU is baffling, to say the least. 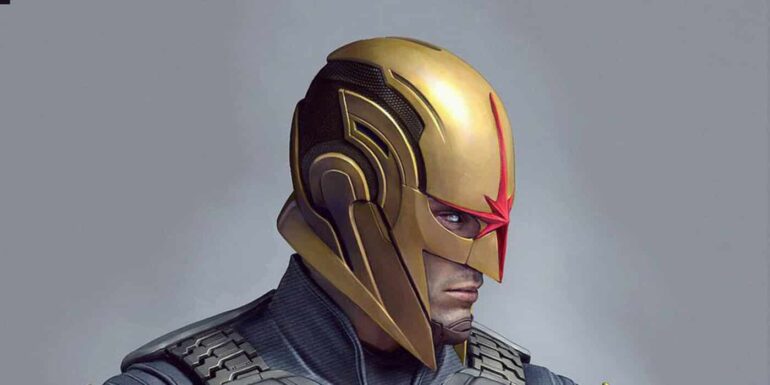 The leader of the Nova Corps, Richard Rider has appeared in his own comic books ever since 1976’s The Man Called Nova #1. A champion of the planet Xandar and the leader of a select group of elite warriors, Rider was selected as the wielder of an extensive dose of Nova Force.

As a result, Nova excels in terms of raw power over the rest of the Corps. His appearance in the MCU was heavily hinted at during the first Guardians of the Galaxy when the Corps made their debut. 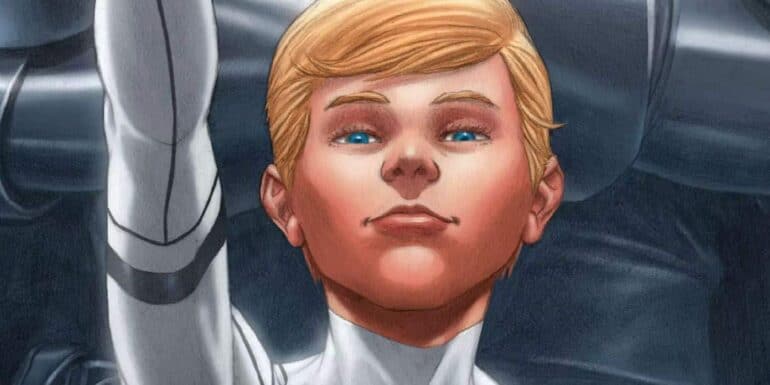 “I was the Impossible Boy who could dream the future. I was a god.” – Franklin Richards

The son of Mr. Fantastic and the Invisible Woman, Franklin Richards, aka Powerhouse is one of the strongest characters in the entire Marvel universe. Capable of bending the laws of reality to his will, Franklin’s powers are feared even by the Celestials themselves, who consider him to be on par with the godly Celestial Host.

He once created an entire pocket universe and has been baffling most of the Marvel universe ever since. His introduction to the MCU could come at a much later date, seeing as the rest of the Fantastic Four still hasn’t made its proper debut in the cinematic universe.

“Humanity will fight and die for control over a couple of stones. We will never be free of their burden.” – Adam Warlock

A frequent friend and foe of the Guardians of the Galaxy, Adam Warlock uses his cosmic powers for superhuman feats that transcend the realms of reality. Using the powers of the Soul Gem, Adam is virtually immortal, as Death can’t claim his soul. He also has the power to resurrect the dead and to open wormholes.

The wait might not be too long before we see Warlock in the MCU: he was teased in the after-credits scene of Guardians of the Galaxy Vol. 2. It has also been disclosed that Will Poulter will play him in the MCU. 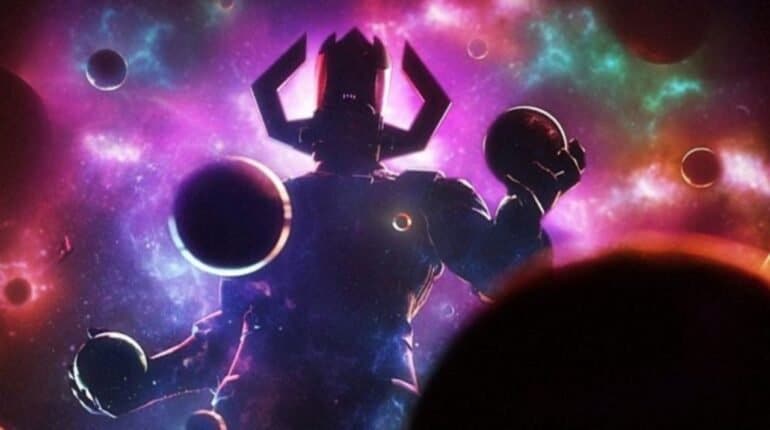 “Galactus is and ever will be.” – Silver Surfer

The Devourer of Worlds himself, one of Marvel’s most powerful characters, was created in 1966 by Stan Lee and Jack Kirby and made his first appearance in Fantastic Four #48. Depending on the comic, Galactus has been seen as the ultimate hero or a tragic hero. He became a close friend of Franklin Richards after battling some evil Celestials and has found in him a true friend and lifelong companion.

Galactus is the physical embodiment of the cosmos, created at the same time as the universe itself. Each species sees Galactus as something they can comprehend, hence why he usually appears as a giant man. He made his live-action debut in the 2007 film Fantastic Four: Rise of the Silver Surfer, but he has yet to make it to the MCU.