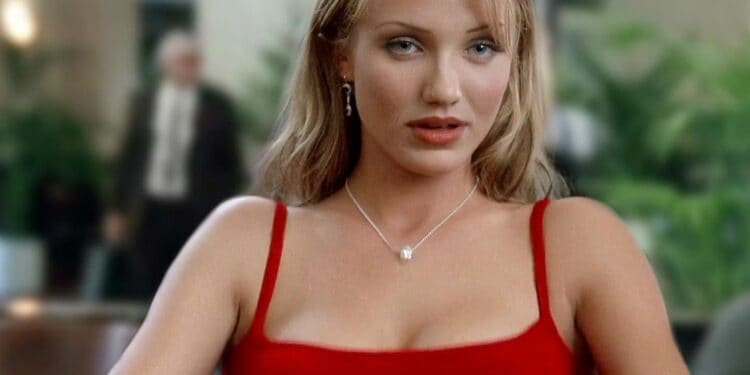 Although it might seem like the glamour of the acting lifestyle would be anyone’s dream, even celebrities can wish for a change of pace from time to time. Some artists become burned out from acting or simply want to pursue other passions that make them feel better about themselves. It’s not surprising then that there are actually a lot of famous actors who quit acting.

In this list, we’ll be looking at ten actors and actresses who decided to quit and announced that they were done with the acting gigs.

Even though some of these retirements are still not permanent, it’s undeniable that these celebrities had an irreplaceable presence that leaves some deep marks whenever they chose to retire.

Better known for his iconic role as archvillain Lex Luthor in the original Superman film series, Gene Hackman is one of the most talented actors of his generation and probably the best actor who ever quit acting. Hackman reached the peak of his popularity when he won the Academy Award for Best Actor for his role in 1975’s The French Connection.

Retirement came in 2004 for the legendary actor, reportedly after his last film, Welcome to Mooseport, received less than stellar reviews. Hackman retired citing health reasons later that year, but his career in the arts is not over yet. Now a renowned author, Hackman narrated two documentaries in 2016 and 2017. And, by the way, he is still alive and well.

One of the most recognisable young actors from the early 2000s, Frankie Muniz quickly rose to popularity thanks to his starring roles in shows like Malcolm in the Middle, and teen comedies like Agent Cody Banks. Unfortunately, Muniz’s life has not always been a comedy.

Actor Frankie Muniz quit acting career on hold in 2008, aiming to pursue a career in racing. After suffering some debilitating mini-strokes in 2012 and 2013, Muniz quit acting, seemingly for good. He’s even gone on record to say that he can’t recall some of his time on the set of Malcolm, worrying his fans due to the state of his mental health. Fortunately, the former actor seems to be making a comeback after appearing in some minor roles in a couple of shows; only time will tell whether Muniz is back for good, or if he’d rather pursue another career.

14-years-old Ariana Richards reached worldwide popularity in 1993 when she starred in the massive blockbuster Jurassic Park. It seemed like Richards’ career could only go up from there, but she had other plans for her future. So, the actress quit acting.

The last time Richards appeared in a film was in 2013, in the low-budget direct-to-video Battledogs. Nowadays, Richards spends most of her time working on her art and has become one of the most accomplished modern American painters. She now lives a quiet life with her husband, Mark Bolton.

The Olsen twins had been acting basically their entire lives. They began acting when they were just a year old: they shared the role of Michelle Tanner for over 190 episodes in the popular sitcom Full House. The duo became a landmark of 90s comedies and kid’s entertainment, featuring in a myriad of videos and TV shows.

Mary-Kate and Ashley quit acting very early: by 2004, the twins had left the limelight behind and decided to focus their creativity on the world of fashion design. However, acting still hasn’t left the Olsen family, as the twins’ younger sister, Elizabeth, is currently achieving worldwide fame as Wanda Maximoff in the Marvel Cinematic Universe.

Amanda Bynes helped to redefine the personality of Nickelodeon in the 90s and early 2000s with shows like All That and the irreverent The Amanda Show. She also helped launch the career of several young stars, like Channing Tatum, as she usually chose her co-stars among a pool of talented yet unnoticed actors and actresses.

Unfortunately, Bynes’ private life seems to have been more turbulent than anyone might have predicted. After suffering from several mental breakdowns and a public struggle with substance abuse, the young actress put her career on an indefinite hiatus in 2010. The former actress has reportedly been sober for eight years now, with a possible return to acting still in the cards for her future.

The name “Shirley Temple” has become synonymous with child stars in cinema history since the thirties. Known for her unmistakable charm and golden curls, Temple was a skilled actress for her age and an even better dancer. Being a kid in the Golden Age of Hollywood certainly wasn’t easy for Temple – the actress saw her career dwindle in popularity by the time she was twenty, and she announced her retirement in 1950, at the age of 22.

She remained closely affiliated with the entertainment industry, appearing frequently in TV specials and making cameos in several shows. However, her true calling was politics: she became deeply involved with the Republican party and worked closely with First Lady Pat Nixon and later with President George H. W. Bush.

Everyone knows Mara Wilson as a lovable psychokinetic girl in the Danny DeVito-directed film, Matilda. Wilson made some other appearances throughout the 90s in family movies like Mrs. Doubtfire and the 1994 version of Miracle on 34th Street.

In 2000, Wilson announced that Thomas and the Magic Railroad would be her final movie. Since then, she’s moved her career to stage plays and web series, including some voice-over work for animated web projects like Helluva Boss.

Yet another Nickelodeon young star that seemingly disappeared from the spotlight, Jennette McCurdy was a series regular in the popular show iCarly, where she co-starred with Miranda Cosgrove. In 2017, McCurdy surprised her fans when she said she’d retire for acting, pursuing a career in directing and writing instead.

In 2021, the young artist confirmed her intentions of never returning to her former profession. After struggling with her mother’s sickness and a heavy bout with alcoholism, is good to see that McCurdy seems to be in a better place emotionally these days.

Sean Connery (one of the greatest action stars of the 90s) is, without a doubt, one of the most iconic actors ever to play the suave agent James Bond on the big screen. In 2006, actor Connery confirmed his intentions to quit acting for good, citing “the idiots now making films in Hollywood” as the leading reason behind his departure.

Connery kept his promise and never returned to formal on-screen acting – only a couple of voice-over roles in 2012 were his final performances. Sadly, the actor passed away in 2020 at the age of 90.

Surprisingly, Cameron Diaz has already said goodbye to the glitz and glamour of the acting lifestyle. After appearing in more than forty movies in the span of her career, it seemed like Diaz would never leave her acting days behind – until she confirmed her intentions to retire from acting in 2017.

Currently, the former superstar is involved in new business projects, including a line of organic wines. More importantly, Diaz’s retirement has left her more time to devote to her philanthropic endeavours and environmental activism.

Who did we miss? Which other actors have quit acting?