Why Hasn’t a Diablo TV Show Happened Yet? 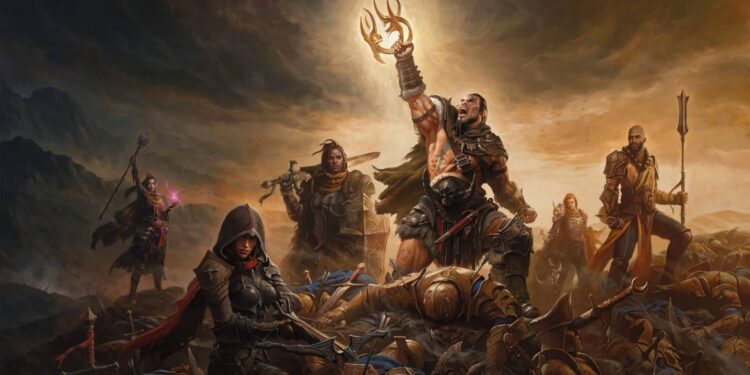 Ever since Game of Thrones pulled in astronomical numbers that defied expectations, every network and streaming service has sought out the next big thing in the fantasy genre. Showrunners and producers often turn to novels to find rich, breath-taking worlds, but there are also several video game series with epic storytelling begging to be adapted and translated to the TV medium. Case in point: the action RPG Diablo, which has all the qualities to become a huge TV show.

A Diablo TV show vs film

When adaptations are discussed, the big question is: TV or film? In the case of Diablo, and nearly every other fantasy orientated story around, the medium of TV makes more sense, since it allows for worldbuilding to take place over seasons, rather than cram everything into one movie. While The Lord of the Rings is a notable exception, filmmaker Peter Jackson was given the go-ahead for three movies straight from the get-go, so he had the ability to plan and space out the story. Even so, there was a lot of material from the books left out of the films and even their extended cuts.

Diablo doesn’t want to repeat the mistakes of its Blizzard roster pal, Warcraft, and try to condense all that lore into one movie. Oh, Hollywood would try, but it would fail here. If you’re trying to tell an engaging story with legs, which captures all the nuances of what makes the video games so special, a Diablo TV show is the only way to go.

Why Diablo makes sense to be adapted

While Diablo dips its toes in the horror genre with all its scary monsters and the quest to defeat the Lord of Terror, it’s predominantly what most people would refer to as a dark fantasy or even sword and sorcery. It’s like The Witcher in the sense that it pits the forces of good against evil, while making sure the action is always on tap and the spells flow freely.

There’s an advantage that a Diablo TV show would hold over its counterparts, though: The cast of characters. Anyone who has played the games will know there are several playable characters with their own unique skills. Whether you choose the Barbarian or the Necromancer, each of them brings something different to the table in terms of strategy and fighting style. Now, imagine taking this group and making a team on screen. Suddenly, we could see how they work together or even fight among each other. Start small with the Warrior, Rogue, and Sorcerer, then build out the team with each passing season.

Also, the series’ non-playable characters are equally interesting. For example, it wouldn’t be a Diablo TV show without Deckard Cain.

Will it ever happen?

With Microsoft buying Blizzard Entertainment, it’s more than likely that the global tech behemoth will try to maximise its return on investment. Streaming services, in particular, are desperate to acquire all the IPs and franchises they can, so don’t be too surprised if Microsoft starts to sell the film and TV rights to popular video game franchises. While Blizzard’s focus might be on making Diablo IV, Microsoft will look at a bigger picture—in this case, a Diablo TV show that could be sold with the potential to be the next Game of Thrones.

Tell us, would you like to see a Diablo TV show? Let us know in the comments section.