The Office: Ranking The Funniest Characters Who are the funniest characters from The Office?

Considered by many to be one of the greatest comedy shows ever made, there’s no doubt that the American version of The Office has become a pop culture icon. Its colourful cast has become one of the most beloved in American television since Friends, with some fans loving some characters just a bit more than others.

It seems almost impossible that The Office came out almost two decades ago.

To commemorate this landmark TV show, we’ve made a list ranking – subjectively – ten of the funniest main characters from The Office. 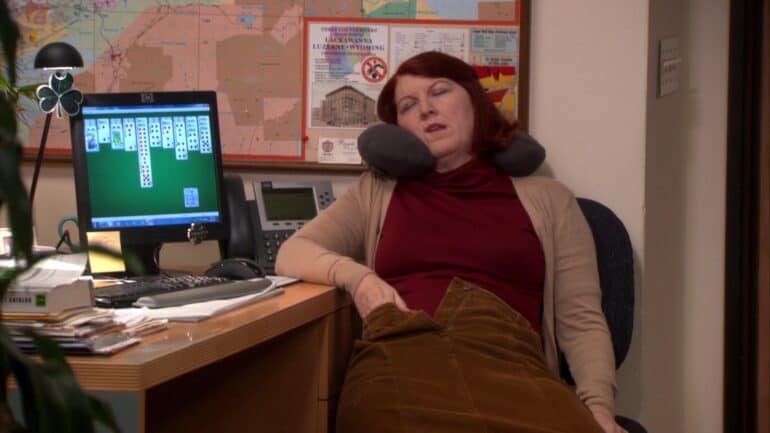 Meredith’s drunken antics gave us some of the show’s funniest moments, like that time she was caught drinking Angela’s hand sanitiser just because it was alcohol-based. Her character definitely changed a lot since the show’s first season, with her alcohol problems getting increasingly prominent as the seasons went on.

While Meredith didn’t get too many special episodes, she still remains one of the funniest characters in the show, mostly due to her random outbursts and wild stories. I mean, let’s not forget that in season 6 she admitted she had slept with a terrorist in the past. 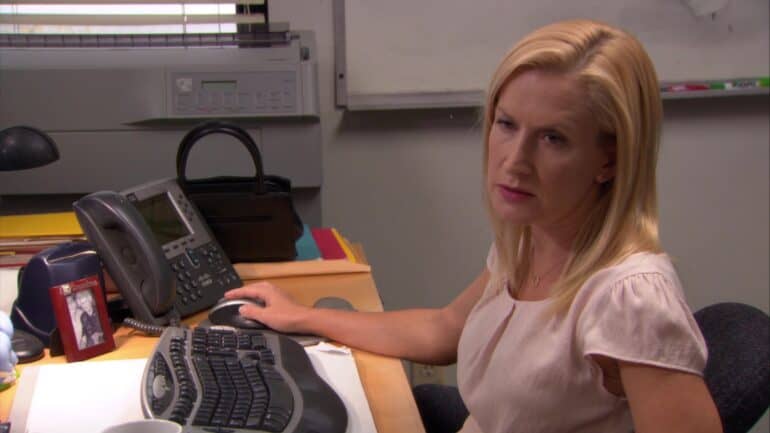 The senior accountant at Dunder Mifflin Scranton is renowned for two things: her awfully stern behaviour and her boundless love for cats. Her over-the-top homophobic behaviour also makes her a somewhat unpopular character in The Office, but that’s just part of her conflicting – yet stubborn – beliefs.

Her religious views are often at odds with her behaviour, particularly with her love for champagne. Speaking of love, Angela’s only true love is cats: she owns at least twelve different cats throughout the series. Rest in peace, Sprinkles. 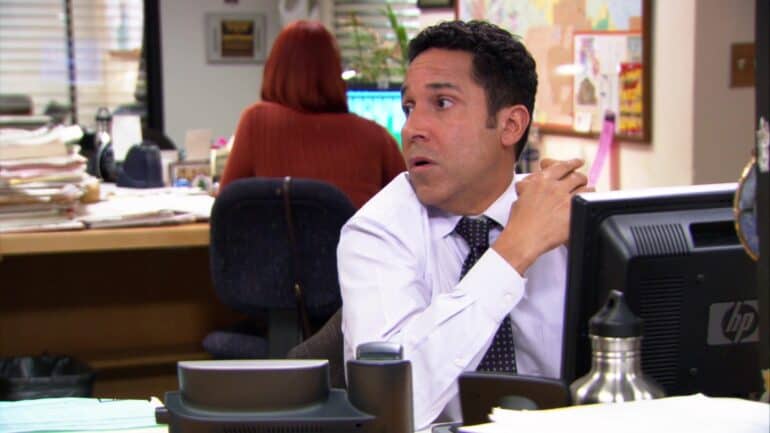 Every successful comedy needs a straight man, and in The Office’s case, that would be Oscar. He might not be the wackiest character of the bunch, nor does he have the best one-liners or jokes, but Oscar’s rationality gave us some of the funniest deadpan moments of the show.

One of the only gay characters in the show, Oscar usually struggles with his sexuality and the perceptions of his coworkers. As the show progresses, Oscar feels more at ease with who he is, and is shown to be one of the most successful workers at Dunder Mifflin, as he’s seen running for the state’s senate in the show’s finale. 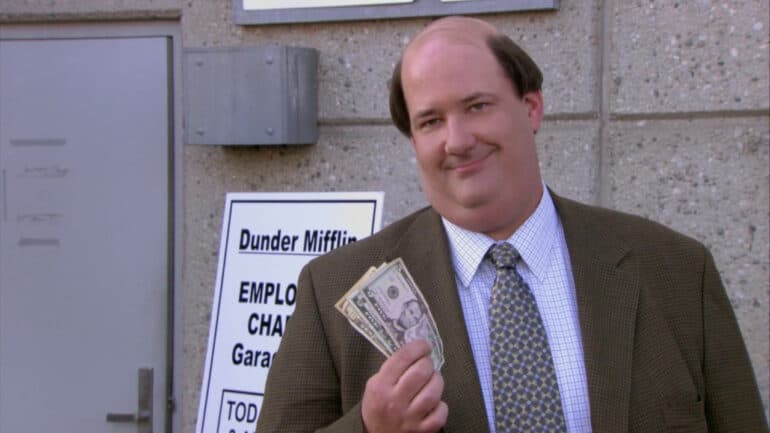 There’s something about the accounting department in The Office that just seems to attract the show’s funniest characters. Case in point, Kevin Malone, who always seems to be the butt of every joke. As clueless as humanly possible, Kevin’s heart of gold and carefree attitude has made him an instant favourite among fans.

While the American version of The Office and the English ones might be more than a bit different, Kevin is actually one of the few characters that are based on a character from the British show. In the UK, Keith Bishop shares many of Kevin’s distinctive traits, like his lack of communication skills and his large frame. 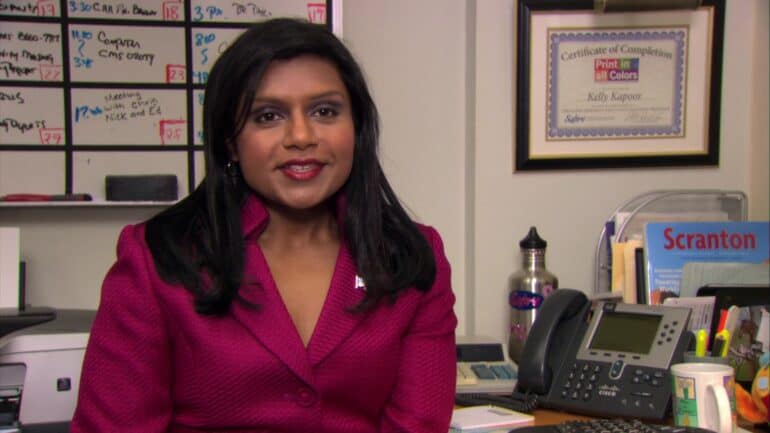 Played by one of the show’s writers, Kelly Kapoor is one of the show’s most popular – and quotable – characters. Her love for all things pop culture and her talkative attitude can make her a bit hard to socialize with, but she has proved to be an invaluable asset for Dunder Mifflin.

Kelly has a massive family, a fact fans could confirm in the season three episode, Diwali. In the episode, Kelly tries to enlighten the office about Hindu culture, with some mixed results. At least Michael had a great time during the festival. 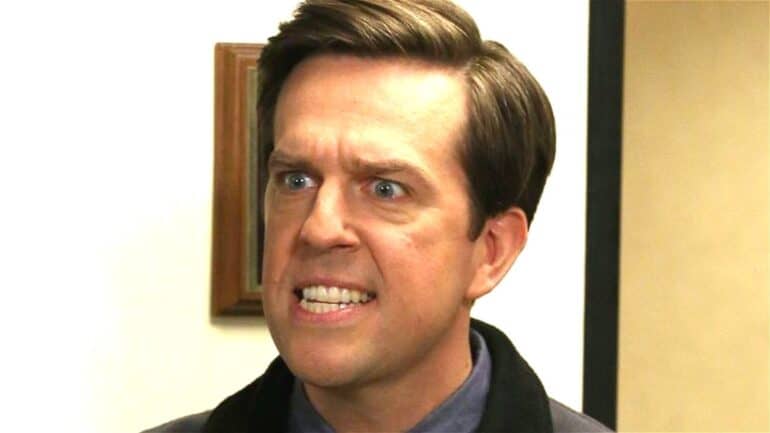 Played by Ed Helms, Andy Bernard came into the show during its third season. A salesman from the Stamford branch of Dunder Mifflin, Andy steadily but surely climbed up the ranks of the company, replacing Michael Scott during the show’s eighth season.

Insecure and arrogant, Andy’s biggest regret is his stranded relationship with his father. Most of the characters in the show see him as a big brother, and it’s safe to say that Andy is one of the most lovable characters in The Office. 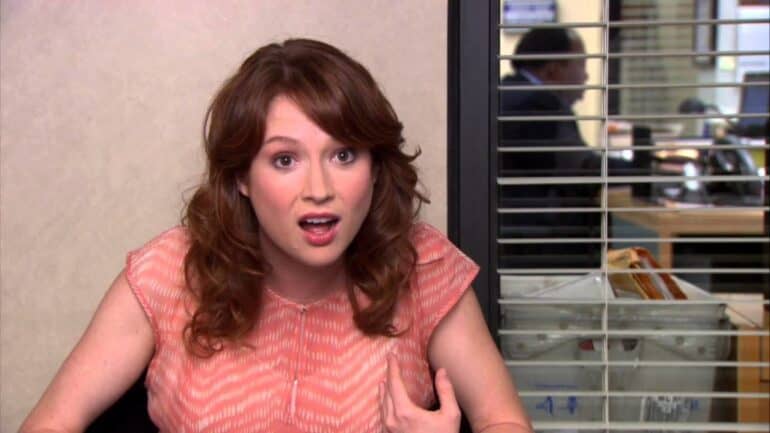 Erin’s innocent demeanour and straightforward innocence made her one of the most beloved workers in Dunder Mifflin. She’s also quite passionate about her job, something that frequently causes her to clash with some of her more lax coworkers. Being so serious comes with a price, however, as Erin is frequently the preferred target for some of the office’s pranks.

Although Erin joined the cast of The Office very late into the series’ lifespan, she quickly became a fan-favourite character. Her excitable behaviour and positive disposition gained her many admirers, and her story is nicely concluded in the show’s finale when she finally finds her long-lost parents. 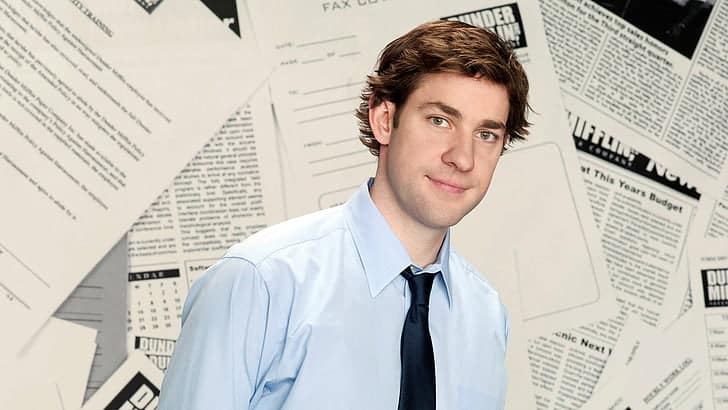 Now we’re entering into the big leagues: the three most beloved characters in the show’s history. First off, we have Jim Halpert, whose innocent facade hides the fact that he’s one of the most prolific pranksters in the Dunder Mifflin offices.

Considering the amount of screen time dedicated to Jim, he might as well be the series’ protagonist. His relationship with Pam Halpert is one of the show’s longest-running storylines: the Jim-Pam pair is a bona fide power couple in TV history. Jim’s ordinary man persona makes him the perfect choice for an unremarkable office worker somewhat frustrated with his job: just the kind of guy The Office is about. 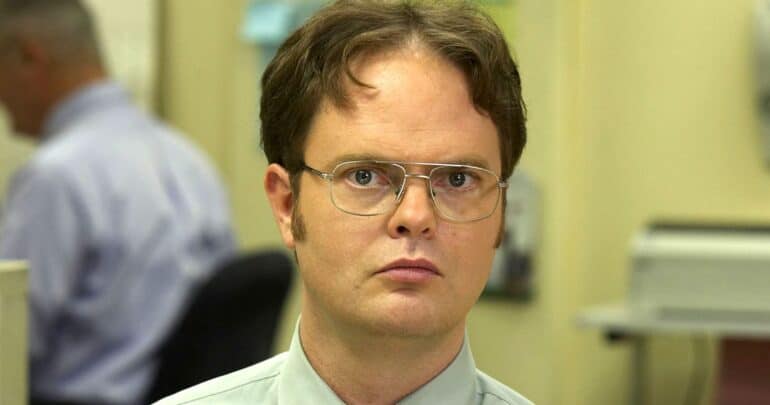 Dwight (Rainn Wilson) is one of the most… peculiar characters in The Office. His rational nature and overly “professional” behaviour have created some of the show’s most famous quotes. Dwight surprised every The Office fan when he married his co-worker, Angela Martin. While the couple had been dating since the show’s second season, it’s still hard to imagine someone as stoic as Dwight getting married.

However, Dwight’s success with the ladies was a running joke in the series. Even Michael is surprised by Dwight’s social skills, as he certainly doesn’t look too much like a ladies man at first glance. 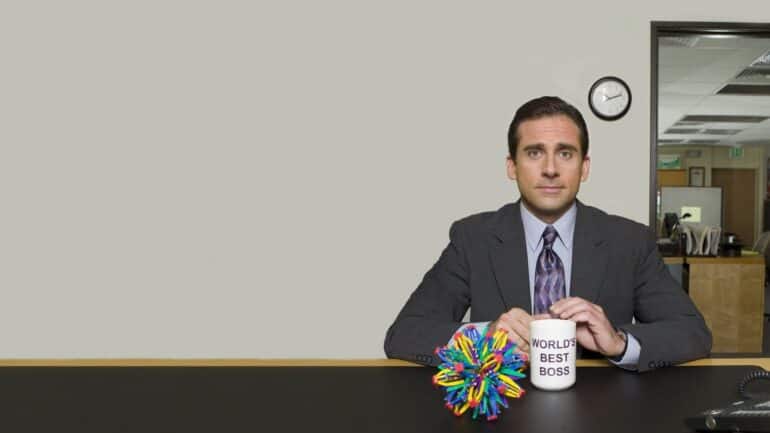 Was there ever any doubt about who would be The Office’s funniest character? Played by Steve Carell, Michael Gary Scott is the Regional Manager of the Scranton branch of Dunder Mifflin. One might think that the Manager of a paper distribution company would be the most uninteresting man imaginable; however, Michael defies such expectations with his wacky antics and unpredictable behaviour.

Carell absolutely nailed the character, becoming the face of the show and pretty much defining the predominating style of humour in the American version of The Office. Each time the show tried to get rid of the character, fans were vocal about wanting him back. Not even Will Ferrell could replace Carell’s eclectic performance, an impressive feat that speaks volumes about just how important Michael Scott was for the show’s personality.

What do you think? Who are the funniest characters from The Office?