What Is The Best Kung Fu Movie Of All Time? 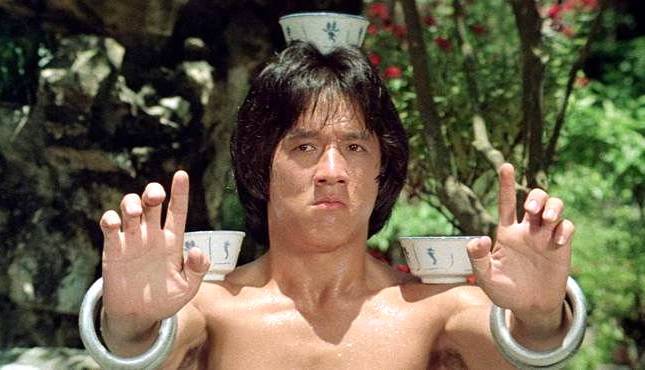 From amazing fight scenes between good guys and bad guys to epic stories of revenge and heroic quests for honour, kung fu movies have become an integral part of cinema history. With so many great movies to choose from, we thought it would be best if you got to decide which one of them reigns supreme over the others – and take a look at the legendary kung fu film stars who made them.

After all, kung fu movies have inspired modern action movies in so many ways. We owe tropes like the dying master, bare hands fights, the final showdown, the prodigal son, former pupils seeking vengeance and dance-like fight choreography to the genre. In recent years, you can’t find action films at the box office that aren’t inspired by the martial arts genre.

In this list, we present a list of 10 awesome kung fu movies – the best movies of all time.

The 36th Chamber of Shaolin (AKA Shaolin Master Killer)

Widely considered to be one of the most influential movies of the Chinese martial arts film genre, it is credited with setting up the blueprint for the popular training for the revenge storyline of the kung fu genre. The story follows Liu, a young boy, who witnesses a brutal attack carried out by the Manchu government. In order to seek revenge, he flees to the Shaolin temple and acquires extensive training in kung fu. Despite its modest budget, The 36th Chamber of Shaolin, a Shaw Brothers kung fu movie, was highly acclaimed and is regarded as a landmark of the genre.

At first glance, 1982’s Shaolin Temple (starring Jet Li, Hai Yu, Chenghui Yu, and Lan Ding) might look just like any other kung fu movie ever, but the truth is much more fascinating than it seems. You see, Shaolin Temple signalled a monumental point in the history of kung fu and wuxia films. The movie was the very first kung fu movie filmed in mainland China: up until then, they were all mostly filmed in Hong Kong. It was also responsible for introducing worldwide audiences to the Shaolin monastery — not to mention that it featured Jet Li’s acting debut.

Shaolin Temple is told in an episodic structure, with the first half of the movie being a mix of comedy and martial arts. When adjusted for inflation, this classic film could also be considered one of the most commercially successful films ever made in China.

Set in the late 19th century, Once Upon a Time in China stars Jet Li as Wong Fei-hung: a Cantonese martial arts master and folk hero that’s been the star of multiple kung fu films over the years. This particular chapter in Wong Fei-hung’s story deals with the martial artist fighting against invading forces in Hong Kong and Macau.

This is the first in a series of highly-successful kung fu films that are all absolutely worth watching. If you only have time to watch one of them, though, definitely go for the 1991 one. Once Upon a Time in China also stars Rosamund Kwan, Jacky Cheung, Shi-Kwan Yen and Yuen Biao .

1971’s The Big Boss features Bruce Lee’s first major role in a feature film, marking a clear before and after for kung fu movies. It also helped cement the popularity of martial arts films all over the world, with the movie grossing a staggering $300 million against a measly $100,000 budget (both sums adjusted for inflation).

Despite its popularity, The Big Boss (starring James Tien, Maria Yi, Marilyn Bautista, and Ying-Chieh Han) faced some stern opposition from the censors in the 70s. Some of the most iconic — and positively violent — shots had to be cut for international releases. Due to this, some scenes are considered lost media, even today.

One of the very first attempts at mixing elements of physical comedy with kung fu acrobatics, Drunken Master is Jackie Chan (one of the biggest action stars of the 90s) at his very best. This movie popularized the “drunken fist” kung fu style — a technique that aims to imitate the erratic and unpredictable movements of an intoxicated person.

The movie is yet another one featuring the legendary Wong Fei-hung, only this time it’s Jackie Chan playing the part. Drunken Master (starring Siu-Tin Yuen, Jeong-lee Hwang, Dean Shek, Yuen Woo-ping and Kau Lam) focuses on a very young Fei-hung — one that constantly gets into all sorts of zany situations.

True to every other Jackie Chan film, the martial artist does all of his own stunts in the movie (no special effects needed), and he almost lost an eye when filming the final fight scene.

The most modern kung fu film in our list deals with one of the most iconic figures in the history of kung fu: Ip Man. Born in 1893, Ip Man (starring Donnie Yen, Simon Yam, Siu-Wong Fan, Sammo Hung, Ka-Tung Lam and Lynn Xiong) was one of the most revered Wing Chun masters in Hong Kong. He’s also responsible for teaching Wing Chun to a young Hong Kong martial artist called Bruce Lee. Yes, that Bruce Lee.

Ip Man is the first movie in a series of quasi-biographical films about Ip Man’s life. This one deals with a very young Ip Man during the Sino-Japanese war. With little money and cruelly crestfallen, the young master must do whatever he can to survive the harsh reality of an occupied Foshan.

The fight sequences are next level.

An exhilarating action flick that puts the brutal aggressiveness of Muay Thai on full display, Ong Bak: Muay Thai Warrior is a relentless tour de force of martial arts cinema. Starring Tony Jaa as Ting, this movie serves as the introduction of the character in what would become an epic trilogy.

The plot of the film starts innocently enough: the head of a village’s religious statue is stolen, leading Ting on a quest to retrieve the sacred artefact. Recovering the idol’s head won’t be easy though, and the Muay Thai fighter will have to face some of the most menacing criminals in the city if he hopes to succeed.

The action scenes are epic!

Don’t let the zany comedy of Kung Fu Hustle (starring Stephen Chow, Wah Yuen, Qiu Yuen, Siu-Lung Leung, and Xiaogang Feng) deceive you: under its cartoony exterior lies an amazing kung fu film with some of the most talented choreographers in the martial arts industry.

Directed by and starring Stephen Chow, Kung Fu Hustle is one of the finest examples of kung fu comedy done right — yes, it’s even better than Kung Pow: Enter the Fist, somehow. The nearly nonsensical plot is set in 1940’s Shanghai and involves a fearsome criminal gang, a feisty housing complex, and a character that could be the reincarnation of Buddha.

Not only is it one of the best martial arts films of all time, but, thanks to its slapstick comedy, it’s also a really funny movie.

If you’ve never watched a proper kung fu film before, then 1994’s Fist of Legend could be a great starting point. The movie (starring Jet Li, starring Siu-Ho Chin, Billy Chow, Yasuaki Kurata and Shinobu Nakayama) follows the usual “quest for revenge” plot that so many martial arts films seem to be so enamoured with: a young martial artist returns to his homeland, only to find that his master has been killed. What follows is an explosive warpath against the Japanese that killed Chen Zhen’s master and are now occupying his beloved Shanghai.

The Wachowskis were particularly impressed by the action sequences in Fist of Legend. In fact, they’ve gone on record mentioning this film as one of their main inspirations to create the fighting scenes in the first Matrix movie.

It’s not easy to find a good kung fu film that also includes some elements of espionage thrillers in its plot. Fortunately for fans of both martial arts and James Bond, Enter the Dragon (starring Bruce Lee, John Saxon, Jim Kelly, Robert Wall, Kien Shih, Bolo Yeung, and Angela Mao) has some of the best of both worlds. The plot follows a secret agent as he infiltrates a top-secret martial arts tournament organized by a fearsome opium lord.

Revered as one of the most iconic films in Bruce Lee’s career, Enter the Dragon exposed a larger audience (especially American audiences) to the exciting world of kung fu. It also features an uncredited appearance by Jackie Chan — one of the firsts in his stuntman’s career.

Putting a new and serious spin on classic kung fu films, Enter the Dragon is easily one of the best martial arts movies ever.

Released right in the middle of the cultural zeitgeist that came with the Matrix trilogy, Crouching Tiger, Hidden Dragon (starring Michelle Yeoh, Chow Yun-Fat, and Zhang Ziyi) gave audiences all over the world a renewed appreciation for the stylish action of the wuxia genre. Though the movie focuses more on the serene choreography of kung fu rather than the more violent aspects of physical confrontation, there are still tons of gratuitous and satisfying scenes to be found in this Ang Lee film.

The film is an epic tale of a Chinese warrior that steals a famed sword and has to escape to uncharted frontiers to evade his pursuers. Many of the now-typical aspects of wuxia films could be traced back to the style of Crouching Tiger, Hidden Dragon. The slow-mo fighting sequences and some stunts that made it seem like the actors were flying were highly inspirational for movies like Kill Bill and, more recently, Marvel’s Shang Chi and The Legend of the Ten Rings.

Ask anyone, Crouching Tiger, Hidden Dragon is one of the greatest kung fu movies of all time.

Tell us, what do you think is the best kung fu movie of all time?