Can a film spell out its entire plot in just the three letters of its name? The Tiger Rising does exactly that.

The last three years have been a very strange period in Hollywood. There’s been a huge shift from focusing on creating good films to just creating a mass amount of content. It’s a quantity vs quality war.

Streaming services are probably partly to blame for this, as audiences demand more and more movies and series to binge. The other issue is that, because filmmaking has become relatively cheaper, just about everyone is picking up a camera and attempting to bring their ideas to life. Possibly even those who shouldn’t.

Movies like The Tiger Rising are a bi-product of making films quicker and easier. Unfortunately, a fairly decent story suffers at the hands of amateur filmmakers who are unable to make the truly emotional moments feel authentic. What should have been a heartwarming film feels like an annoying (or cheesy) reminder (or lecture) that “friendship and family” are important. 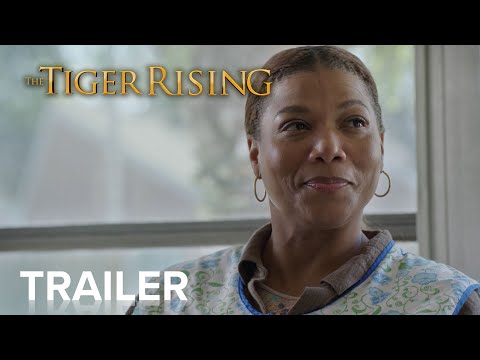 What is The Tiger Rising About?

In this children’s drama, which is based on The Tiger Rising book by Kate DiCamillo, a shy and very lonely boy named Rob (Christian Convery) is struggling to cope with the loss of his mother (who appears in golden-hued flashbacks like an angel). Bullied at school and ignored at home, he aimlessly moves through life without any friends or company. That is until he finds a caged tiger in the forest behind his home. After he is given time off school because of a skin disorder, Rob grows an attachment to the wild creature. Along the way, he also meets Sistine (Madalen Mills), a spirited new student with a temper.

There are a few other characters involved too, but none of them feels core to the story. Not Queen Latifah’s Willie May, a maid who the children believe is a prophetess. Not Dennis Quaid’s Beauchamp, the cruel trucker hat-wearing owner of the tiger and the property Rob’s family lives on. And not Sam Trammell’s grumpy Robert, the boy’s father, who doesn’t have a clue how to help his son through the grief. The biggest issue with The Tiger Rising is that the film takes every opportunity to slap you with a metaphor – and, worst of all, it does so using cliches and predictable archetypes. Whether that’s using the tiger as a symbol of spiritual emancipation or trying to convince us that black maids have a wealth of wisdom, The Tiger Rising tries way too hard.

Look here. These people are sad. Do you see? They need each other. See?

The Tiger Rising is a refurbished ’90s Hallmark product. You’ve seen it all before.