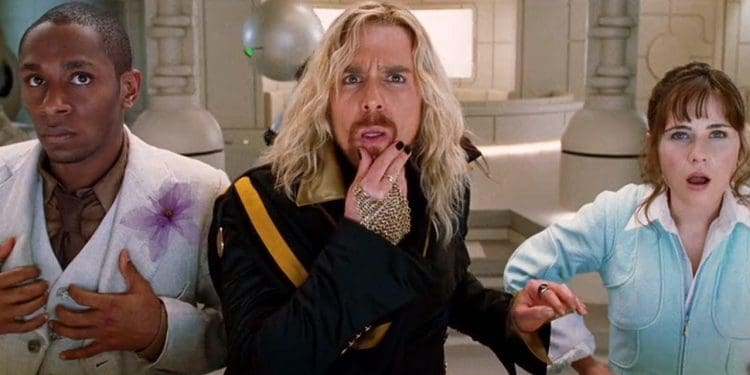 Few sci-fi comedies are as quirky and colourful as Douglas Adam’s The Hitchhiker’s Guide to the Galaxy. With a history that includes multiple radio adaptations, a TV show, a text-based game, a feature film, and even an upcoming Hulu series, the franchise has become one of the UK’s most prominent sci-fi pieces of literature.

The misadventures of Arthur Dent and Trillian – and who could forget about Marvin, the Paranoid Android – have captivated the minds of countless fans all over the world, and yet, for how popular the series has become, it doesn’t quite generate all the online buzz one would expect from a usual sci-fi series. That might be because The Hitchhiker’s Guide is anything but usual.

After the 2005 feature film starring Martin Freeman and Zooey Deschanel became a modest box-office success, fans were expecting that The Restaurant at the End of the Universe couldn’t be too far behind. As it turns out, two years later, Freeman would confirm that director Garth Jennings had no plans to work on a sequel to The Hitchhiker’s Guide, leaving fans of the movie sorely disappointed – something that was made much worse by the film’s open-ended conclusion.

Now, seventeen years after the release of the first movie, any hopes we had for a proper sequel have all but vanished. Martin Freeman is still quite active in the acting world, and Zooey Deschanel would surely be up for a sequel to one of her most iconic roles, but things just wouldn’t be the same without Alan Rickman voicing Marvin. It seems like a sequel to the 2005 film is out of the cards at the moment, and it might be time for fans to set their eyes on the possibility of a reboot. The good news is that they might not need to wait for long.

In 2019, Hulu announced that they were working on a new show based on The Hitchhiker’s Guide to the Galaxy without announcing a concrete release date. The lack of updates and even the reveal of a full cast might prove disappointing for some fans, but, so far, there has been no news about the show’s cancelation.

Considering the age of the original film, we might be about to see a reboot of the franchise, ignoring the continuity of the 2005 movie. In all honesty, The Hitchhiker’s Guide series seems to work much better in a serialized format than as a feature film. We now have shows that look just like films, with the benefit of having a much more extensive runtime to better develop characters and plot points – something that the 2005 film would have benefitted from.

If the Hulu show ends up being a reboot, there’s also a chance that fans might get to see a sequel to the story of The Hitchhiker’s Guide for the first time in decades. After all, Douglas Adams wrote five books in the series – six if we count And Another Thing… which was partially written by Artemis Fowl author, Eoin Colfer.

There’s a good deal of quality materials for the creators of the show to use. In terms of quirkiness and overall scope, Hulu’s The Hitchhiker’s Guide has the potential to become the next Doctor Who – so long as the streaming platform plays its cards right. Not only would fans be getting a reboot of one of the most beloved British sci-fi series, but they would also be getting a new look at familiar characters and locations revisited for a new era of quality streaming TV, and, this time, we might get to see just what that Restaurant at the End of the Universe was all about.

Tell us, do you want a sequel or a reboot of Hitchhiker’s Guide To The Galaxy? 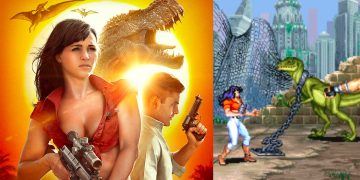