The Dark Knight 4: How Christian Bale’s Batman Can Return 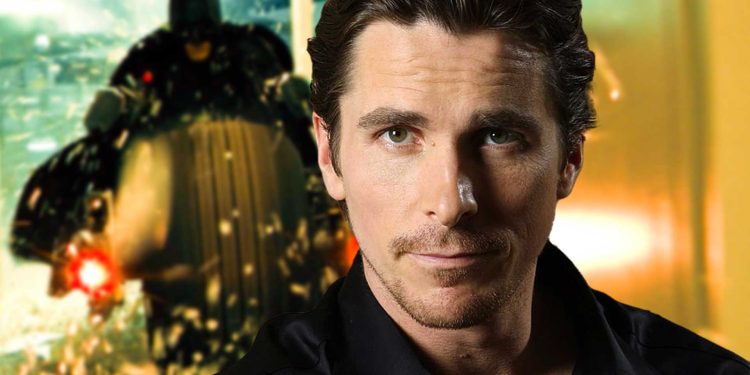 With Robert Pattinson, Ben Affleck, and Michael Keaton all appearing as Batman within a 12-month span, the DC film universe is eating good. However, recent comments made by Christian Bale indicate he isn’t against suiting up as the Caped Crusader in The Dark Knight 4. But how could this even happen? Let’s look at the possibilities.

What did Christian Bale say about playing Batman in The Dark Knight 4?

Joining other DC actors who made the leap to the MCU, Bale appeared as Gorr the God Butcher in Taika Waititi’s Thor: Love and Thunder. It’s clear to see it’s a one-and-done deal, as there’s simply nowhere else to go for Gorr and his arc wrapped up in conclusive fashion. In the press tour for the film, Bale was asked not only about returning to the comic book movie genre, but also his thoughts on playing Batman again.

Speaking to Screen Rant, Bale explained how he and filmmaker Christopher Nolan had an agreement. “I had a pact with Chris Nolan,” Bale said. “We said, ‘Hey, look. Let’s make three films, if we’re lucky enough to get to do that. And then let’s walk away. Let’s not linger too long.’ In my mind, it would be something if Chris Nolan ever said to himself, ‘You know what, I’ve got another story to tell.’ And if he wished to tell that story with me, I’d be in.”

In other words, Bale is throwing the possibility of The Dark Knight 4 back into Nolan’s court. The fact the actor hasn’t shut it down, though, must pique the curiosity of Warner Bros. Discovery, especially after the Batman trilogy made almost $2.5 billion—and remember, this was before the MCU mania swept over the world and printed money for fun.

What The Dark Knight Rises suggested could happen?

The end of 2012’s The Dark Knight Rises didn’t leave much open to interpretation. The world believed Batman died. The Wayne fortune is left to Alfred Pennyworth, while Bruce lives a life away from crimefighting with Selina Kyle. The Batcave and all its secrets were handed over to John Blake, with the suggestion that he’ll be the next person to wear the cape and cowl.

Joseph Gordon-Levitt wasn’t a fan of continuing his character’s story after The Dark Knight Rises. “I think Nolan very much thought of that movie as a conclusion,” he told CinemaBlend. “Batman is more than a man, Batman is a symbol. And so to have another man other than Bruce Wayne kind of becoming Batman at the end of that trilogy, I think that’s the perfect ending to that story.”

How The Dark Knight 4 could happen

After the poor box office returns of Tenet—during the height of the pandemic—there was some lingering tension between Warner Bros. and Nolan. The relationship appeared fractured for the first time in their history, with Nolan taking his biopic Oppenheimer to Universal Pictures.

The merger of Warner Bros. and Discovery has shaken things up, though. There’s a feeling in the air that the last regime made many mistakes, and the new one will try to atone for the sins of execs past. Undoubtedly, patching up the spat with a filmmaker like Nolan must be at the top of the to-do list.

Nolan has had the luxury of doing passion projects ever since The Dark Knight Rises. Due to the trilogy’s success, it afforded him the opportunity to do whatever he wants. Perhaps, having seen the plethora of superhero films flooding the market since his days in the Batcave, Nolan might have one more idea for Batman in his tank.

While The Dark Knight Returns might seem like the most obvious direction to take, there’s another comic book idea that lends credence to Nolan’s concept that Batman is a symbol. Batman Inc. was envisioned by writer Grant Morrison, who came up with the idea that Batman could finance, train, and set up a team of heroes around the globe to report to him. Essentially, it’s the perfect merger between S.H.I.E.L.D. and Justice League since the Dark Knight creates a team in his own image.

Nolan’s The Dark Knight 4 could see the return of Bale’s Batman, who has identified a need for the Caped Crusader to make a comeback. However, he’s noticed the world is worse than the last time he left it and needs to build a team to tackle threats from all over. The story could muddy the notion of Batman Inc. with the closeness and familiar nature of the Bat-Family to create a way for the Dark Knight to set up numerous symbols around the world.

Best of all? It doesn’t need to tie into the DCEU. It can simply be set in the Nolanverse and be a continuation of events from before. If DC and Warner Bros. Discovery are adamant about giving fans what they want, this could be a way to appease a large part of the fanbase.

Tell us, would you like to see Christian Bale’s Batman return for The Dark Knight 4? Let us know in the comments section.