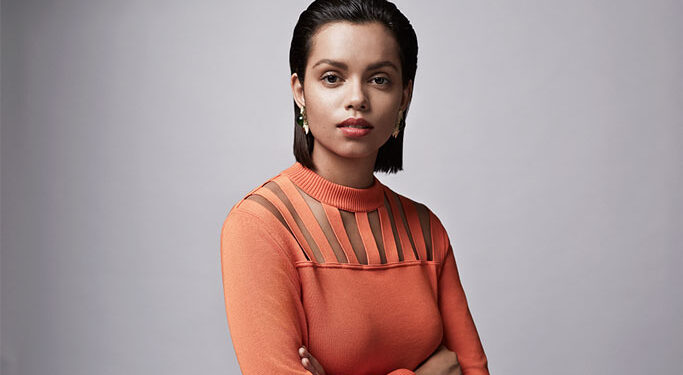 The Krypton series from SyFy and David S. Goyer has found its female lead with Georgina Campbell (After Hours) as Lyta Zod, a relation to General Zod.

A few months ago a casting call was sent out in search of Krypton’s lead cast. Now, it seems that British actress Georgina Campbell has secured a role. She’ll be playing Lyta Zod, a member of Krypton’s military caste and the daughter of a general, Alura Zod. Lyta Zod serves as a cadet — and has also been having a clandestine, forbidden romance with Seg-El.

This marks the U.S. TV debut for Campbell, who won the BAFTA Television Award for Leading Actress in 2015 for Murdered by My Boyfriend.

“Years before the Superman legend we know, the House of El was shamed and ostracized. This series follows The Man of Steel’s grandfather as he brings hope and equality to Krypton, turning a planet in disarray into one worthy of giving birth to the greatest Super Hero ever known.” The casting call sent out with descriptions of the characters:

SEG-EL | Envisioned here as athletic, quietly confident and in his 20s, comic fans are familiar with an older (and a bit grumpier) Seg from his appearance in the classic Starman No. 51, written by James Robinson with story by Robinson and David S. Goyer, who is executive producer/writer of Krypton. But Seg’s a good guy at any age; in the comics, he and son Jor-El (Kal-El/Superman’s father) helped Starman get away while other Kryptonians wanted to detain – and dissect – the Earthling.

LYTA ZOD | This twentysomething beauty will likely have some familial tie to Superman’s future foe, General Zod, while she herself is a (reluctant) warrior.

VAL-EL | Seg’s genius grandpa defied death by going into the Phantom Zone, and is a staunch believer in space exploration. (We know that’s a lesson he’ll pass along to his great-grandson.)

ALURA ZOD | Lyta’s mom happens to bear the same name as Kara Zor-El’s mother on Supergirl, while “Zod” always raises an eyebrow because of that whole “kneel before” thing.

DEV-EM | If anyone is going to survive Krypton’s inevitable fate, it’ll be this chiseled, twentysomething bad boy. In the comics, Dev escapes the doomed planet, abuses Superboy on Earth and eventually becomes an ally of the Legion of Super-Heroes… in the 30th century.

TER-EL | AKA Seg’s father. We didn’t get him to play Supergirl’s Man of Steel, but maybe Tom Welling (Smallville) could play Clark’s great-grandfather on Krypton?

KRYPTON will be executive produced by David S. Goyer (“Man of Steel,” “Batman v Superman: Dawn of Justice,” “The Dark Knight” trilogy) through his Phantom Four banner. “It involves more of the mythology than I think people realize,” Goyer said. “A lot more.”