If Steppenwolf’s CGI Is A Mess, Then Thanos’ Is A Dumpster Fire 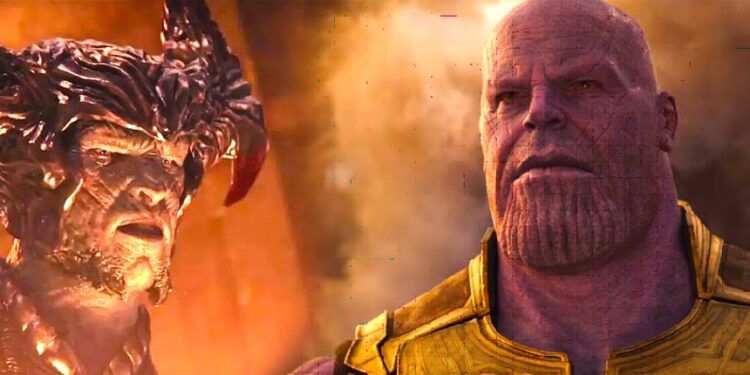 The CGI used to bring Thanos to life is terrible. There, I said it.

When Justice League released earlier this month the internet was flooded with comments about the film’s VFX, more specifically the bizarre choice to make Steppenwolf a CGI character. Every critic and every publication had a go at just how obscure the rendering looked. Now, the Avengers: Infinity War trailer has released and it seems the same ills plague the film’s villain, Thanos. The CGI is just downright awful.

For the most part, Marvel has managed to maintain a fairly high standard for VFX, even winning a number of awards along the way. We all marvelled at Iron Man’s suit in the first film and the amazing work done on the first Avengers film. Even the latest Thor: Rangarok seemed to break new ground by creating visually stunning environments and beautiful CGI characters to look upon.

Thanos, however, has always seemed to be a difficult character for Marvel to master. He has been changed, morphed and shaped into different designs since his first appearance in 2012’s The Avengers (then played by Damion Poitier). Now, it seems the Josh Brolin design has taken the design again in another direction. But, sadly, like the previous designs, the CGI is a mess.

If we’re honest with ourselves, we all shared a little shriek or cringe when Thanos first shows up in the new trailer. While the rest of the trailer is topnotch stuff, this isn’t the standard we’ve come to expect from Marvel’s CG department.

While it’s important to remember that this is merely a trailer and might not reflect a finished work on the film, fans have returned the favour and started poking fun at Thanos. Of course, there are a few hilarious comments on Twitter:

Just saw and loved the new #InfinityWarTrailer ??
But, am I the only one who thinks CGI Thanos looks dumb, unscary and unimpressive?? ??

I continue to be perplexed that, no matter how revolutionary and achingly detailed CGI has become, Marvel still haven't found a way to make Thanos look like anything less than a computer marshmallow man.

If people(critics) complain about Steppenwolf and the CGI on him It will be interesting what they say about Thanos..

Lets see IF #INFINITYWAR gets any of those about #THANOS and #SPIDERMAN who looks lifted from Sony's game entirely here !! pic.twitter.com/bYDvNPvQ2b

Thanos is an underwhelming piece of CGI. Kind of a "Warcraft" knockoff. Like the rest of the #AvengersInfinityWar trailer though. pic.twitter.com/6xAgjj4HOJ

Did y'all see Thanos tho…… That CGI look gooooood …. And he comes through that portal like a fucking goon

What do you think about the CGI used for Thanos?