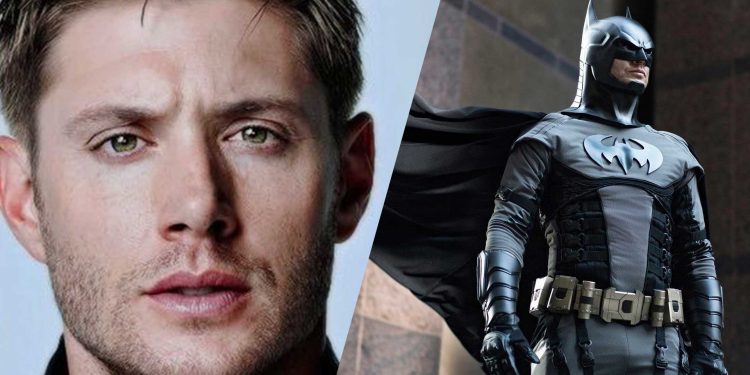 We’ve discussed the possibility of the Supernatural actor playing The Dark Knight twice before. Once as The CW’s Batman and once in a new TV show. Well, now Jensen Ackles has mentioned that he’d love to play a live-action Batman in DC’s Gotham Knights. And, again, we can totally see it.

Jensen has always been a fan of superheroes it seems. Aside from lending his voice to Batman in The Long Halloween animated film, he’ll also be playing a new character, Soldier Boy, in season 3 of The Boys. But it seems he has his sights on something more iconic. Jensen Ackles, who also previously voiced Jason Todd, the second Robin, in the animated film Batman: Under the Red Hood, really wants a shot at playing a live-action Batman, whether that’s in Gotham Knights or elsewhere.

“Batman. Let’s be clear about that. I have gotten to do the voice. Why not get to play the Bat?” Ackles said during a Q&A panel at Supernatural NJ Con. “Maybe someone at Gotham Knights can put in a good word for me if that role ever comes up.”

For those who don’t know, Gotham Knights, which is totally unrelated to the 2022 video game, is an upcoming CW show which focuses on Gotham City after Batman’s death. It follows a group of teen vigilantes who must protect the city in his absence. Fallon Smythe will appear as Harper Row (Bluebird), and Tyler DiChiara will play her brother, Cullen Row.

If Jensen Ackles is to play Batman on Gotham Knights, it would mark the character’s fifth live-action TV appearance. The character has been played by Adam West. Then David Mazouz in Gotham, Ian Glen in Titans, Kevin Conroy in the Arrowverse, and Warren Christie in Batwoman.

In January 2022, the Supernatural actor also revealed that he’s working on a secret DC project with Warner Bros. On the official SXSW schedule, it lists that he is “developing an untitled DC project with Greg Berlanti”. While he has yet to confirm what that project is or will be, fans have speculated that he will play something related to the iconic character. Batman Beyond maybe?

Tell us, would you like to see Jensen Ackles as Batman in Gotham Knights?