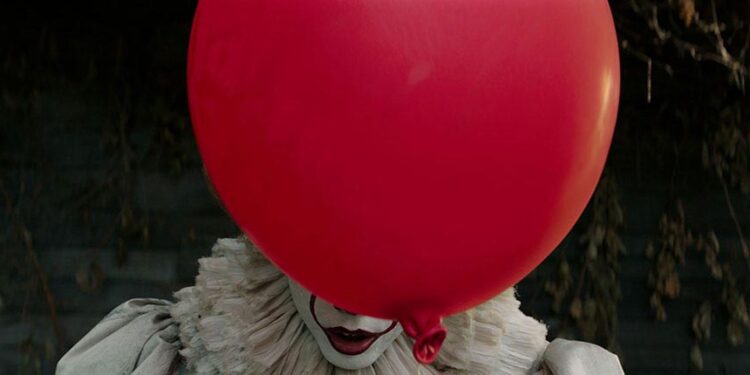 When It was announced, fans were left with mixed feelings on whether or not to be excited about it. Well, the reviews are in and despite negative opinion in some part, there’s a lot to enjoy about the recreation of one of Stephen King’s most famous horror novels.

Clowns were a staple of entertainment for pre-internet civilisation, and quickly took a turn for the worse when it became more an image of fear than fun, especially with the release of three horror movies of the late ’80s, starting off with Out of the Dark in 1988, then Clownhouse in 1989, followed by widely watched It in 1990. Studies have shown that there are higher percentages of kids (between 4 and 16) who don’t like clowns than those who find them fun or some form of entertainment. I would suggest that there may be more adults between the ages of 30 and 40 who are fearful of clowns simply because of having seen any of the three films mentioned. Even the recent influx of scary clown pranks on YouTube. It’s this fear of clowns that draws viewers in to horrors like It. This may be good or bad, depending on your level of fear towards the comic performers.

There’s a strange overlap watching IT between being a horror film and an enjoyable story. For the most part, It relies on the clown scare factor to creep out the audience. If you don’t have a crippling fear of scary clowns, you needn’t worry, as the film still provides sufficient thrills throughout. Yes, the film may not be as scary as to those with coulrophobia, but it still plays out as a thriller.

The film does really well to break the tension. There are numerous jump scares scattered throughout and this puts you on edge of your seat because you never know when the next will arrive. It isn’t fully reliant on the jump scare, however, and can stand as a good film even without all the horror elements. There’s a lot of good humour and dirty one-liners thrown into the mix, most of which are delivered by Richie Tozier, played by Finn Wolfhard of Stranger Things.

4. It Is A Coming-of-Age Story

It follows the story of a group of youngsters coming to terms with their own life issues, most of which are as a result of conflict-related to their parents. The film draws strength from this and plays out in a similar fashion to Stranger Things, and even Stephen King’s own Stand By Me.

The original It two-episode series was broadcast in November 1990, and the 2017 remake is set during the same timeline. As such, there are loads of nostalgic moments for persons 30 years and older, especially those who grew up having watched the original series on TV. This timeline also makes it easier for the follow-up. As with the original two-part TV series, we can expect the next film to continue the story 27 years later.

There are Easter Eggs aplenty. The film pays homage to its fan base with many different pieces scattered within all the action. Even the original 1990s Pennywise can be spotted in the film. So, if you think you’re a big fan of the franchise, or Stephen King’s novels (although it strays somewhat from the source material), have fun trying to spot them all.

7. It Is Good As A Stand-Alone

You don’t need to know much, or anything about the original series, to enjoy the film. Watch It for what it is. Even without having a fear of clowns, you should be able to appreciate the movie as a whole. Yes, there may be a few shortcomings, which I won’t discuss here, but viewers will be able to enjoy the film for the most part. With advancements in movie special effects over the 27 years since the first adaptation of the novels, the film is able to deliver a lot more than the original could, which adds quite a bit more detail in the character’s portrayal and the reproduction of the fears each of the kids have.

This is but the first instalment of the newly created franchise and is set to include quite a number of big-name actors and actresses to continue the adventures of the Losers Club. The sequel will also explore more of Pennywise’s backstory, which would be really great.

Along with the list of why should make the time to go see the film, there are also a few reasons that don’t quite gel and can be off-putting to many. I won’t address those here, and think, for the most part, they can be overlooked given the reasons mentioned above. You can catch IT at IMAX this coming Friday, 15th September 2017.