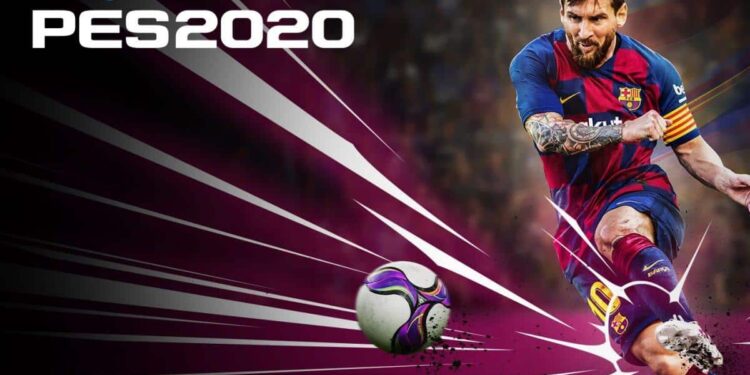 With a change in name to eFootball Pro Evolution Soccer 2020, PES is preparing for its yearly September battle with FIFA. It’s become a tale as old as time, as fans take to the internet and proclaim one is superior to the other.

Truth be told, PES has struggled to keep up with FIFA on the sales side of things, even when it’s been the superior game in every department. While its gameplay and graphics are normally superior, the lack of official licensing harms the title.

It was particularly evident last year as PES 2019 failed to make a splash and lost the coveted UEFA deal. What made it even worse was how FIFA 19 wasn’t remarkable, either, making little to not progress from the previous edition.

This year, though, the pendulum has swung in the favour of eFootball PES 2020. Not only has Konami secured partnerships with the top sides in Europe, but it’s also ensured that Juventus won’t be named Juventus in FIFA 20. That means all the Ronaldo fanboys will be raging and FIFA will finally taste the same medicine that PES has been subjected to for so long.

Licensing aside, players were extremely vocal about the lack of developments in FIFA 19, with many stating they wouldn’t buy any further editions until EA Sports puts more effort into the title. Judging by the recent trailer, it doesn’t seem like EA Sports listened, since it looks like the exact same game we’ve played for the past three years. Of course, the demo could change this opinion once it’s released.

Across the pond, eFootball PES 2020 has put its best foot forward with its demo. There’s been a noticeable improvement in the gameplay, as the fluidity of play and ball dynamics reach a whole new level of realism. Much like you’re instructed to trap a ball when you first play football, the same holds true here. Blast a pass to your teammate and physics will play a pivotal role in the outcome. If he’s a highly skilled baller, though, he could turn it into an instant attack with a clever flick over the defender.

In terms of graphics, you’ll never want to waste another second looking at FIFA‘s half-baked player models again. From tattoos to wild hairstyles to trademark running styles, it’s all authentic here. You can see that time was spent on ensuring the players look and act like their real-life counterparts and not the Create-a-Wrestler models from WWE Smackdown! vs. Raw 2006. 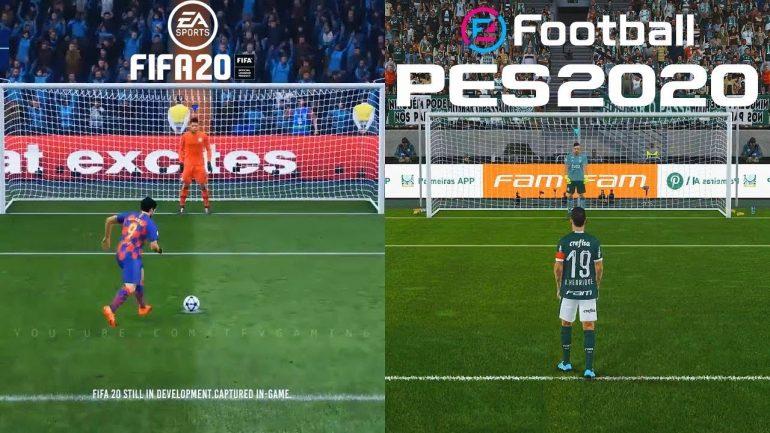 Of course, the demo isn’t perfect. There’s a lack of commentary, so there’s no way to gauge if that will be an improvement while the AI is about as smart as an internet troll and you’ll dominate possession in every game. However, it’s expected that this will change with the official release and the option to adjust difficulty levels. They’re minor things that aren’t too hard to address or fix before the full release next month.

So, is this the year that PES defeats FIFA? Maybe not in sales, but it’ll certainly gain a few more fans with its impressive gameplay and graphics. There’s no way that any serious football-loving gamer can ignore it.