Hollywood Is Running Out Of Ideas: Reboot, Remake, or Requel? 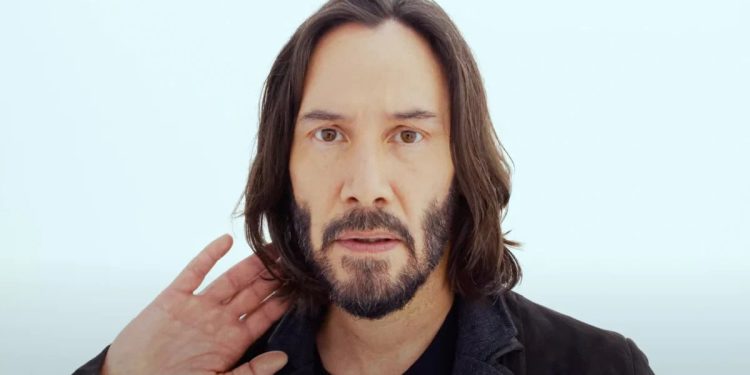 requel (plural requels) – A movie which revisits the subject matter of an earlier film but is not a remake or a linear continuation of its plot (i.e. a sequel or prequel). – Wiktionary

As technology advances, movies are becoming increasingly more costly to make. At the same time, this has made it so films are becoming “too big to fail,” meaning that most studios focus their efforts on making their productions as profitable as possible – and, most of the time, that means playing by the same rules every time.

The ongoing trend of remaking old movies or producing “requels” that bring an old IP into the modern age is one of Hollywood’s oldest tricks when it comes to playing it safe with a blockbuster release. Why risk creating a new story that might not do well with moviegoers when you can just rehash a once-successful film for the umpteenth time?

Granted, this is certainly not a new trend that has just now become the norm in blockbusters. Some of the most iconic films from the 80s and later would also be remakes that eclipsed their original versions’ popularity – effectively replacing the original films as the de facto versions of the movie. Perhaps one of the most fitting examples of this phenomenon might be how no one remembers the 1932 version of Scarface, but almost everyone is familiar with Robert De Niro’s take on Tony Montana from the 80s.

Still, spending a ton of money on some niche director’s passion project only to see a minuscule return of inversion for the studios just won’t cut it anymore in modern Hollywood. At the cost of originality, Tinseltown has been on a roll recently, remaking and rebooting all sorts of franchises at every step of the way.

In 2022, the trend remains alive and well. While there are some notable exclusions to the norm – The Northman and Everything Everywhere All at Once sticking out like a sore thumb in a sea of formulaic releases – the remake and sequel fad is in full force this year.

What makes this year even more unoriginal than some others in recent memory might not seem like much at first glance, but, once you start looking deeply into 2022’s film release schedule, you might notice some worrying trends that could potentially sour the entire movie history for years to come.

The Marvel Cinematic Universe has become almost synonymous with Hollywood these days. The comic book film franchise is one of the top sellers in film and TV, amassing a monolithic multimedia empire unlike anything Hollywood has ever seen. However, even the impressive MCU might be in trouble in 2022 in terms of originality.

The first Marvel film of the year, Doctor Strange in the Multiverse of Madness, is a sequel to 2016’s first Doctor Strange flick. While this might not sound all that, well, strange for the MCU, it’s a bit more worrisome when we consider that the cinematic universe is just getting started with a new chapter in its overarching plot – and they do so with a series of sequels rather than introducing new concepts into the mix.

Next up, we have Thor: Love and Thunder, which is also a sequel (or requel) to the Thor movies and could potentially become a reboot for the character, just as Ragnarok kind of was. Following this trend, we can only imagine that November’s Black Panther: Wakanda Forever – which is also a sequel – will follow a similar trend of treading water for the MCU.

Why does it seem like even something as colourful as the MCU is losing originality? The answer might be found in last year’s film release schedule. This year might only see the release of sequels in the MCU, but last year, we got two new solo films – and both of them got a lukewarm reception from moviegoers and Marvel fans alike. Why should Marvel risk it making another film like Eternals when they can just release yet another Thor movie full of quips and the trademark Taika Waititi brand of Marvel humour?

Sure, movies might be looking more formulaic now than ever, but it might also have something to do with the way we now consume said films. There’s a demand for traditional films – you know, the ones that have no superheroes attached. This might be the reason why sequels or reboots of old franchises are also in vogue these days.

Blast from the Past

Perhaps in an effort to restore some of the glory days of old-school Hollywood, some studios have begun releasing some very unexpected sequels to franchises that most people considered dead years ago.

Surprisingly enough, even if a remake of an old film might not sound like the most original idea of the bunch, it can also provide some pretty unexpected – and awesome – results. Just take a look at Top Gun: Maverick.

Maverick proves that a sequel/requel of an 80s franchise doesn’t have to rely on needless nostalgia to shine. All that’s needed is a solid plot, great actors, a competent director, and just the right amount of Tom Cruise to make audiences fall in love all over again with Kenny Loggins’ Danger Zone.

Some other sequels might not come from classic 80s franchises, but rather from generation-defining MTV products of the early 2000s. When we heard that there was going to be a new Jackass film, with most of the original cast included, no less, it was certainly something that almost no one could have predicted. Still, Jackass Forever was yet another unexpected sequel that had an impressively successful release, pleasing fans old and new with the antics of the Jackass group – who were now even more prone to injury, given their age.

There’s also Beavis & Butt-Head Do the Universe, the sequel or requel to the Beavis and Butt-Head film that also heralded a revival for the series. Surprisingly enough, the movie proved that the characters remain as funny and relatable as ever.

Still, even if these sequels might not sound like the most original ever churned by Hollywood, there’s no denying that they were successful for a reason: they broke up with the monotony of unending remakes and eternal franchises that seem to have been plaguing cinemas for a while.

What’s in a Requel?

Remaking and rebooting movies has become so prevalent in Hollywood, that some critics have come up with the term “requel” to describe sequels that also act as reboots for a franchise. This is a trend that’s become increasingly common these days, providing the best of both old and new for many film franchises.

2022 Began strong with a requel that came out of nowhere: a new take on the Scream series. Even though the new Scream effectively acts as the entry point for a new saga, it remains a direct sequel to Scream 4, which makes it the perfect example of what a requel is.

Some other notable requels of 2022 include the new Texas Chainsaw Massacre and, to some extent, Chip ‘n’ Dale: Rescue Rangers. That last one might also be an interesting case for Disney, as it radically changed the tone and themes of the original Chip ‘n’ Dale films.

As the trend of reboots, remakes, sequels, and requels moves onward, we can’t help but notice that originality has become something of a cardinal sin for modern Hollywood. It’s a shame that what used to be the norm in the biz has become dime a dozen these days. That said, the scarcity of new and original films only makes finding them all the more exciting for us movie fans. It might just be that creativity and uniqueness are about to make a triumphant return to cinemas in the coming years.