Great White Is Like Jaws But With Stupider Humans 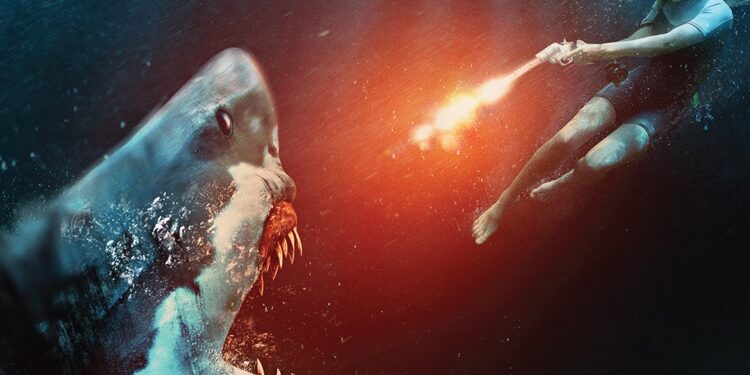 Considering how much human beings screw up the ocean with pollution, you can’t blame sharks for wanting to take a chunk out of us. It’s the equivalent of someone taking a crap on your living room carpet and you’re supposed to not react. As a result, you can’t help but cheer on the sharks in Great White as they take a bite out of the stupid human characters. 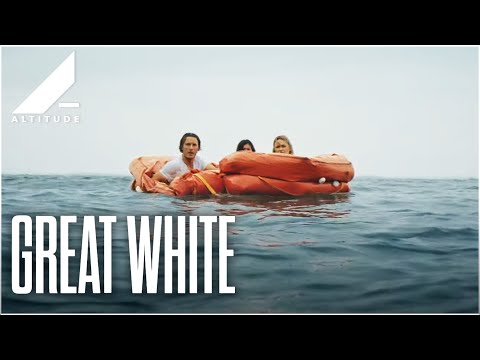 Imagine you combine the dread of Jaws with the isolation of Open Water. That is essentially the elevator pitch for Great White. Basically, it’s a tourist trip that goes south once the sealine passengers end up miles away from shore. All they have is a life raft between them and some hungry sharks.

What Great White does really well is to turn up the anxiety dial to 11. You never know when and where the attack will come from or how the human beings will react to the terror. In fact, it’s safe to say that the passengers are themselves the biggest obstacle to their own survival. In the past, you would’ve brushed aside their actions as being over the top and typical horror character tropes—but having seen how people behave in a pandemic and the stupid things they do (and say), this is a pretty accurate assessment of how a group will behave when there is danger. 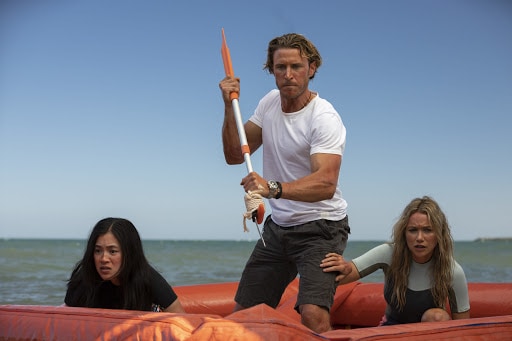 Director Martin Wilson gets this. He knows that the viewers aren’t tuning in for riveting character development, so he doesn’t waste too much time in making us care about them. Some backstory is thrown in to give them some colour—and you could argue that Katrina Bowden’s Kaz and Kimie Tsukakoshi’s Michelle are the most likeable of the lot—but you aren’t tuning in to find what happens to them afterwards. And the ending all but reaffirms it too.

The sparse usage of the sharks is also done well. As Jaws proved, you don’t need to have the monster on screen every second. Great White follows this exact same blueprint, choosing to let the atmosphere ring in the uneasiness and fear. When the audience finally sees the creature, it’s fast, swift, and deadly, leaving us with no doubt of what it’s capable of doing at any single moment. 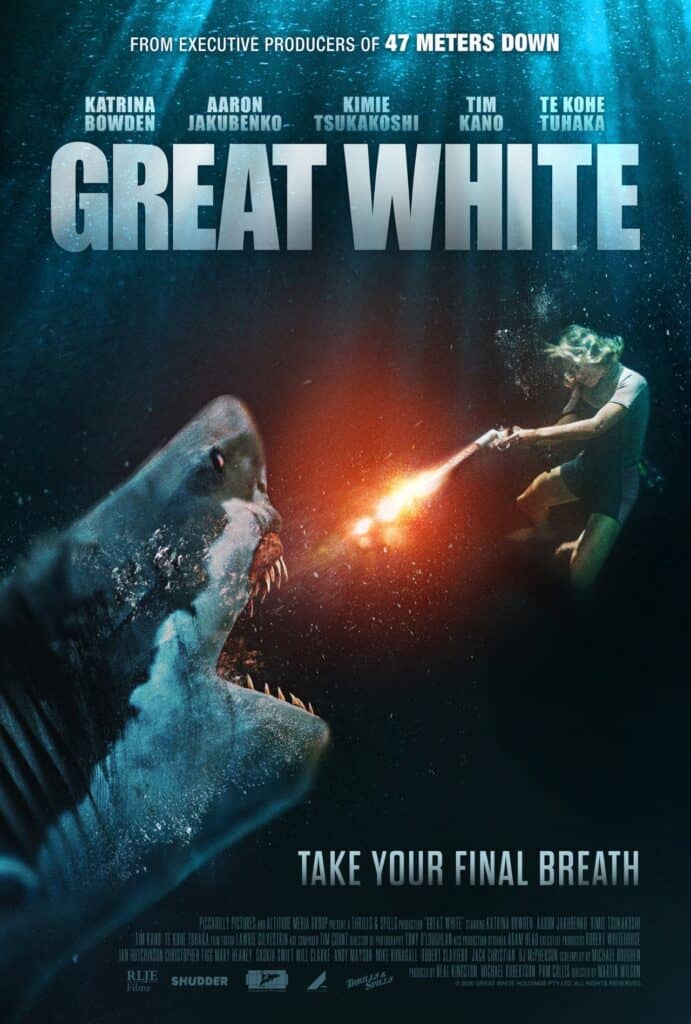 Undoubtedly, the other reason for the scarcity of the monster is budget. For the most part, the visual effects for the sharks are decent and believable enough, especially in the darker underwater sequences. That said, there is a pivotal moment in the story when the shark surfaces and it’s laughably bad—like Sharknado bad.

Great White is unlikely to win any awards for originality, but it wears its influences proudly on its sleeve (or fin) and it’s better off because of it. At just over 90 minutes, there are plenty of thrills, blood spills, and stupid humans being devoured by sharks. In short, it’s entertaining enough for a night in.