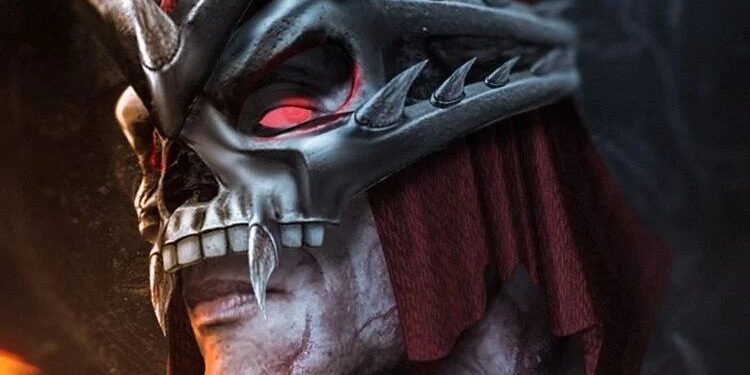 Mortal Kombat 2 has yet to be announced, but NetherRealm Studios Creative Director Ed Boon has already made a great casting suggestion. After Dwayne Johnson mentioned (in an interview with Men’s Journal) that he will soon be bringing a video game to the big screen, the co-creator of the Mortal Kombat fighting game series suggested The Rock would be great as Shao Kahn.

Of course, the internet went crazy. In fact, it didn’t take long for the internet’s favourite digital artist and fan art creator, BossLogic, to get to work. His latest creation shows us exactly what The Rock could look like as Shao Kahn, Mortal Kombat‘s biggest villain.

While the 2021 Mortal Kombat movie might not have been a runaway success, due to COVID and only making $84 million dollars off a $55 million budget, it wouldn’t be a huge surprise if we get a sequel soon. Simon McQuoid’s R-rated video game movie was fairly well-received by fans.

If it were to be greenlit, Mortal Kombat 2 would probably draw in more characters, including Johnny Cage, Shinnok and Kitana. It might even have a higher budget — which will be needed if the studio hopes to use The Rock as Shao Kahn. The Black Adam actor doesn’t come cheap. That said, Dwayne Johnson certainly has the look and the build to pull off the Mortal Kombat bad guy. A powerful tyrant of the Outworld throne, Shao Kahn, who resembles a large Asian warrior, serves as a primary antagonist of the franchise. Originally introduced in the second game, the character is known for his intimidating stature, use of magic and wielding a Wrath Hammer, spear, staff and sword.

Actually, when you think about it, there aren’t many actors who could pull off the role. Warner Bros. is going to have to do a lot of searching to find someone more suitable to play The Konqueror. And, unfortunately, Ed Boon probably doesn’t have much of a say here.

We can’t wait to see who they bring in as Johnny Cage and Shao Kahn.

What do you think, is the Rock perfect as Mortal Kombat’s Shao Kahn?