Home > Gaming > Is This What Death Stranding Is Really About?

Is This What Death Stranding Is Really About?

What is Death Stranding about? Honestly, nobody really knows. Not even Guillermo del Toro. All we really have to go on at this time is a bunch of fan theories and really good guesses.

Since its announcement, the game has been clouded in mystery. All we really know is that it’s the latest project from legendary game developer Hideo Kojima and that is stars a few well-known faces, including Norman Reedus, Guillermo del Toro and Mads Mikkelsen. Beyond this, not much is known about the game, its narrative, or even how it plays. In true Kojima fashion, the developer has been coy about Death Stranding.

Our best look at the game came from a trailer released at E3 2018, which showed what appeared to be gameplay. Of course, it was still suitably convoluted and confusing, revealing just enough to keep you intrigued.

With the internet buzzing with theories and analyses of the latest trailer, we’ve decided to break down some of these Death Stranding theories. That said, these are all unproven theories from across the internet and should be taken with a pinch of salt.

You play as a delivery guy and deliver stuff

The trailer kicks off with an introduction to the game’s protagonist, Sam Porter Bridges, who is played by Norman Reedus. He is referred to as “the man who delivers”, which is an indication that he delivers stuff. We see quite a bit of Sam’s delivering prowess in action during the trailer as he delivers everything from crates to what seems like a wrapped up human corpse.

As Sam lugs these various items across a variety of environments, we even see him being accompanied by a cute little robot helper. While we don’t know the details about Sam’s deliveries, we do know that he works for an organisation called Bridges. Furthermore, when the female character, played by Léa Seydoux, appears in the trailer, we learn that she is working for a company, possibly a rival one, called Fragile Express. It seems that in this sci-fi future getting stuff from point A to B is quite a lucrative business.

What’s up with the rain in Death Stranding?

There is no doubt that rain in this sci-fi future is considered dangerous. We’ve seen in a previous trailer how it completely ages a person in mere seconds. The same thing happens to Sam when he reaches out to pick up a family photo and the rain touches his skin ageing it in the process, although it doesn’t seem to affect him as severely as it does others.

This otherworldly rain has been referred to as Timefall. Throughout the trailer, we see Sam doing everything he can to stay out of the rain. He is mostly seen decked out in a waterproof rain suit of sorts and, later in the trailer, we see him stuck in what an appears to be a warehouse, unable to venture out due in part to the rain.

What is strange is that not all bodies of water seem to have the ageing ability as Sam is clearly seen almost drowning in the trailer without ageing at all. Another strange aspect of the rain is that it seems to attract the Chirals, ghost-like creatures stalking Sam. In both cases during the trailer, they show up either during rain or after it seems to have rained.

Helping negate the effects of Timefall is something called a cryptobyte, which could be the bug like thing that Léa Seydoux’s character snacks on at the end of the trailer. She states, “A cryptobyte a day keeps the Timefall away.” Could this be why Sam isn’t as badly affected by the Timefall as other characters?

While the Timefall or rain appears to accelerate time, it seems that the ghost-like black smoke creatures might have the same ability linked to their touch. This is seen in the trailer when one of the creatures’ handprints causes plant life to grow and eventually die in a matter of seconds. These creatures have been referred to as Chirals.

In chemistry, Chiral means that something is asymmetrical in such a way that the structure and its mirror image are not superimposable. This could suggest that the ghost creatures are actually from an alternate universe or even alternate timeline.

When Sam finds himself stuck in a warehouse and surrounded by these Chirals, a voice informs him that the “Chiralium density is increasing”, which most probably refers to the grouping of these Chirals that we see appear moments after. So how do you escape that which you cannot see?

As we can gather from the trailer, there seems to be a group of people like Sam that have an allergic reaction to these Chirals. This ability is referred to as having DOOMs. It is also insinuated that there are various levels of DOOMS, with Sam being on extinction-level.

We see this when one of the Chiral’s appearance causes Sam to break out in a rash. The female courier also seems to have armour that can detect them as retractable spikes appear when the Chirals are near. She also sheds a tear, which is referred to as one of the allergic reactions this group of people can have to them. While these allergic reactions/modified clothing are ways of knowing when these creatures are in the vicinity, the only way to actually have them appear seems to be by using the shoulder mounted machine we’ve seen in trailers.

Death is not the ending and baby jars

It has become clear during various interviews with Kojima that death in Death Stranding is not the end. Many theories seem to imply that the strange babies in a jar we’ve seen in so many of the trailers are actually a sort of insurance policy against permanent death in Death Stranding’s universe. I know it sounds weird, but bear with us for a second.

In the E3 2018 Death Stranding trailer, once Sam realises that he is completely surrounded by the Chirals, he activates one of this baby carrying jars by sticking a needle into himself, which reveals a baby.

Now, the theory goes that these babies are in fact clones of the person they are “linked” to. In the trailer, just as Sam is about to step outside, the voice over his communication device mentions that “If those things eat you, it’ll trigger a void out. You’ll come back for sure, but the surrounding area will still be a crater.” This all but confirms that you’ll be coming back in some form or another.

So, here is the theory, as we can surmise, everything the rain or the Chirals touches ages rapidly to the point of death. This means that when these creatures grab Sam, as we see in the trailer, he starts to age rapidly and dies. But the same presumably happens to the clone of him in the jar, meaning that the clone ages too and therefore affords Sam a second (or third or fourth) chance.

Whether this means memories of the deceased person carries over to the clone, we don’t know. However, in the trailer, Léa Seydoux’ s character mentions that the Timefall fast forwards whatever it touches but it can’t wash everything away. This could indicate that some memories do indeed carry over to the newly developed clone.

At the end of the trailer, a younger version of Lindsay Wagner states that Sam still doesn’t know who she is, after which Sam replies “Who are you?” as if unable to recognise her. Again, this could indicate that not all memories cross over to a newly developed clone. 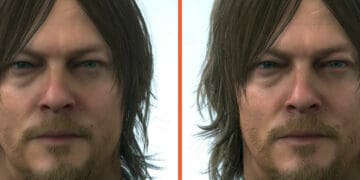 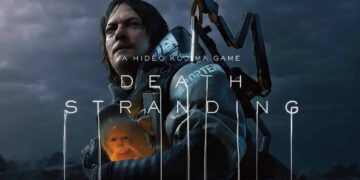