Blade Vs. Morbius: Is There A Crossover Movie Planned? 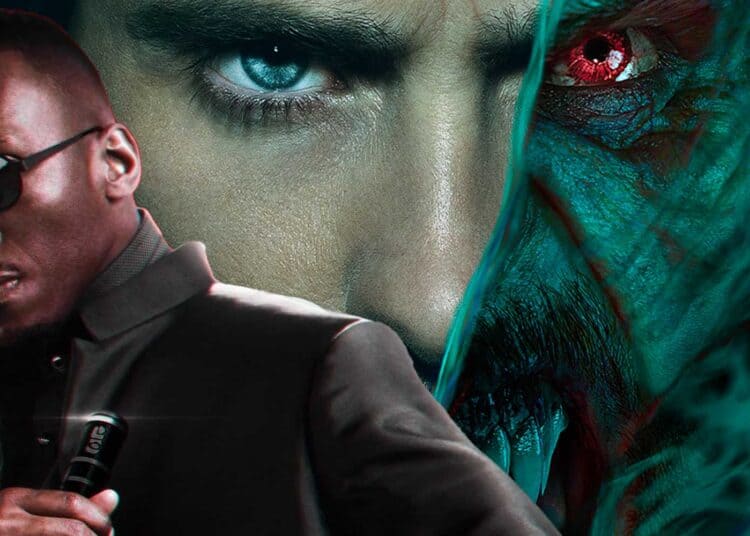 With Mahershala Ali set to play Blade in the MCU and Jared Leto starring as Morbius in Sony’s Marvel Universe, will we get to see a crossover film where the two meet? We certainly hope so.

It’s a great time to be a comic book fan: it seems like pretty much every Marvel character that’s ever appeared in the comics is headed to the big screen one way or another. Even some of the less popular characters, like Kraven the Hunter, are soon set to appear in some form of the MCU — which now appears to cement its status as the most impressive cinematic universe ever conceived.

While the DCEU seems to be coming to terms with its multiple timelines and variations of the same character, the MCU continues to bridge the gaps between its franchises, with No Way Home being a stunning display of collaboration between Disney and Sony that thrilled fans all over the world.

The advent of Phase Four of the MCU seems to be gearing up towards a darker future for some of Earth’s Mightiest Heroes while introducing some horror-themed characters to the larger cinematic universe. The first of such characters is the living vampire himself, Morbius.

A scientifically-created pseudo-vampire, Dr. Michael Morbius turned himself into a creature of the night accidentally after he tried to cure his rare blood affliction. Frequently mistaken as a true vampire, Morbius has crossed paths with Marvel’s most popular vampire hunter, Blade.

Though the character began as a villain to both Spider-Man and Blade, Morbius developed a much more complicated backstory that turned him into an unlikely vigilante from time to time. However, due to his condition, Blade usually appears in his comics as an adversary.

The upcoming Morbius film is set on the Sony side of the MCU. That means that we can expect characters from the Spider-Man and Venom series to maybe make cameo appearances in the film, but characters from the larger MCU — owned by Disney — might be a bit more difficult to include.

This leads us to the Blade solo film that’s reportedly set to be released in late 2023. Seeing as the two characters have a lot of history together, it would be unreasonable to not have Blade and Morbius to appear on the big screen together. Having Marvel’s most popular vampire and vampire hunter without them ever sharing a movie would be a huge missed opportunity — and a low blow for fans of both characters.

We already know a bit about the Blade film, and we also got our first “glimpse” of the character in one of the Eternals after-credits scenes. Though we don’t see the character, we can hear Blade’s voice (played by Mahershala Ali) as he speaks to Kit Harington’s Dane Whitman.

As for Morbius, the movie has reportedly been completed since 2019, so any scenes that might hint at a future reunion between the Living Vampire and Blade would have to be made in reshoots. Seeing as the collaborations between Sony and Disney are no longer a pipe dream, maybe we’ll get to see these two cross paths in the MCU sometime in the future.

The more dedicated film buffs out there might already know that this wouldn’t be the first time Blade and Morbius have engaged in a live-action film, either. The original ending to the 1998 live-action version of Blade has the vampire killer ready to face off against a silent Morbius — which would have led to a sequel that we never got.

This is the perfect time to bring back that idea for the Blade series, and it would be amazing if the film could have Guillermo Del Toro’s designs to keep with the cool Blade II aesthetic that fans have come to love over the years.

Tell us do you want to see a Blade vs Morbius Marvel film?