Wakanda Fury: Some Viewers Are Upset About How Black People Are Treated In Avengers: Infinity War

After months of hype, this weekend Avengers: Infinity War finally arrived in cinemas. Much to the delight of fans, the film delivered on many promises. There are epic action sequences, there are loads of humour and there are a lot of heartbreaking and memorable moments, just as the Russo Brothers warned. Despite the overwhelmingly positive feedback for the film, however, there are some who still feel shortchanged.

There are some who feel that Infinity War didn’t give enough attention to Black Panther, Falcon, Nick Fury, and War Machine. In fact, they believe the film is a good reflection of how Hollywood and Disney treat black actors and characters in the industry. Just have a look at the tweets below:

The marginalization of #BlackPanther & its supporting cast in 'Avengers: #InfinityWar' is indicative of a larger problem in Hollywood's treatment of characters of color pic.twitter.com/qAzW2vgTWQ

"Black Panther not being the lead character in Infinity War is the continued reduction of Black specific safe spaces in the MCU and the assault on Wakanda can be compared to colonization on a COSMIC scale." My debut article for The Root drops at 6.

Of course, there are many reasons to take into account as to why these characters got a smaller role. Firstly, Black Panther just had his own solo film. It was a huge success and they didn’t need to introduce his character again. If people wanted more Black Panther they could just go watch Black Panther.

Secondly, most of the third act took place in Wakanda. It was incredibly refreshing to see a place other than the U.S. saving and protecting the world. In fact, it’s one of the coolest moments of the entire film. Personally, I was incredibly proud to see Africa represented that way.

Thirdly, War Machine and Falcon were never going to be big players in Avengers: Infinity War. Their characters were never that important to begin with. Same can be said about Black Widow, Hawkeye or even Scarlett Witch. They were all present but it was far more important to see the key players lead the fight against Thanos.

Lastly, Avengers 4 will definitely see a new set of heroes play a bigger part in the continued fight against Thanos. It’s very likely that more black characters, like Okoye, M’Baku, War Machine and Shuri, will play a bigger role. Shuri’s popularity alone ensures her a place in the future of the Marvel Cinematic Universe.

Complaining about Black Panther’s role in Avengers: Infinity War is silly. The same arguments could be made for Captain America, who also didn’t get a lot of screentime. The film has a huge roster of characters. It was always going to focus on certain individuals more than others. It’s just not possible to give everyone a full story arc within two or three hours.

With that said, get this man a shield! 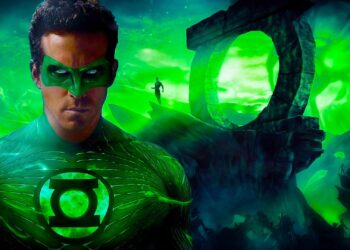