Anna Diop Cast As Starfire. The Internet Is Outraged That A Black Actress Is Playing An Orange Alien 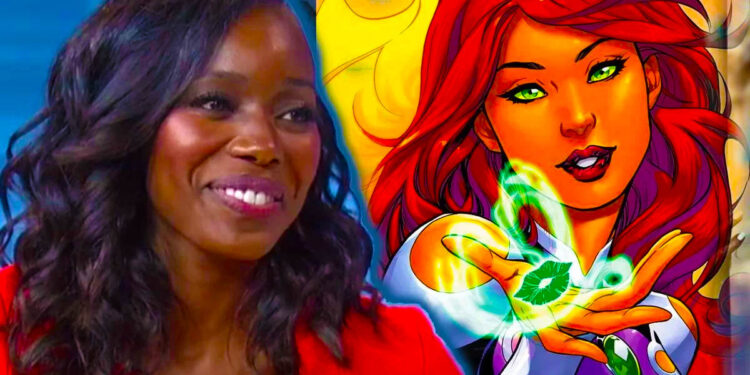 The outrage community does it again. This time, though, it’s about an alien. Poor E.T. must be shaking his head at us right now.

Further proving there is no length that the knuckle-dragging racists won’t go to, the latest outrage involves actress Anna Diop being cast as the orange alien Starfire for the live-action Titans series. Yes, you read that right. The lowest common denominator of society is upset that a black woman is portraying an alien. Are you rolling your eyes yet?

We’re not even going to give the idiots any publicity by listing their names – if you really want to, you can go look at any comment section thread about this casting – but the sheer stupidity actually hurts. One moron even mentioned that it’s cultural appropriation. Lolwut? Of an alien? We’re going to state this in the simplest terms possible: Starfire is an alien. She isn’t from this planet and, quite frankly, anyone can play her. Diop is an excellent choice for the role and it’s good to see that Geoff Johns and company are giving the chance to upcoming actors and actresses. We don’t need any more CW alumni as superheroes…

Unfortunately, the only other orange person on the planet is currently serving as American president, so Diop will do just fine as Starfire.