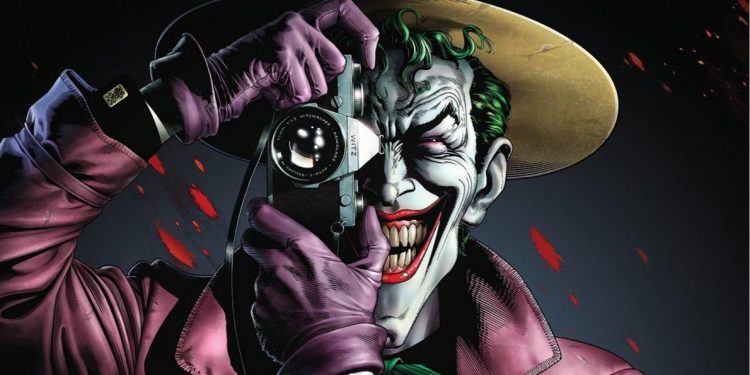 For Batman fans, the announcement of an animated adaptation of Batman: The Killing Joke induced equal doses of excitement and terror because, well, Hollywood. The returns of Kevin Conroy (Batman) and Mark Hamill (Joker), coupled with the news that it would be an R-rated release, set every fanboy’s heart racing. [dropcap]T[/dropcap]here’s this old adage used in the music industry whenever someone wants to cover a song: if you aren’t going to do it justice or improve it, leave it alone. The film industry would be wise to apply the same notion to its efforts as well, especially when deciding to reboot or adapt stories. DC’s animated films have left a lot to be desired after 2010’s Batman: Under the Red Hood. Every offering since has been terribly average at best.

An easy win for DC would be to simply lift the pages and dialogue from Alan Moore and Brian Bolland’s seminal work. It’s universally praised by both critics and fans as one of the best Batman stories of all time, so why mess with it? Well, scriptwriter, Brian Azzarello, refused to take the tempting shortcut and did something more: he improved the original story. Yes, you read that right.

An accomplished writer in his own right, Azzarello previously tackled the Clown Prince of Crime in 2008’s Joker graphic novel, which displayed his thorough understanding of the pale devil. This time around, it wasn’t Azzarello’s Joker knowledge that made the difference, but his additional character development of Barbara Gordon/Batgirl. One of the biggest criticisms of the original source material is how it treated Barbara. Ultimately, she ended up being nothing more than collateral damage in Joker’s sick, twisted game with Batman and Jim Gordon. In the Batman: The Killing Joke film, however, Barbara has a starring role leading up to the tragic event and is given redemption in the post credits. The significance of her paralysation is the loss of one of Gotham’s hero, not just the Joker doing it to get under Batman’s cowl and send Gordon over the edge.

Something that might upset fans, though, is how Azzarello deepened the connection between Barbara and Bruce. It’s an angle avoided for long, but it works in strengthening the overall storyline and motive. By instilling romantic feelings between the two, Batman has even more reason to cross the line with the Joker. Not only is Barbara his partner in crime, and Gordon’s beloved daughter, but she’s someone extremely close to him. None of this would matter, however, if the voice acting failed. But you’d be crazy to think that the dynamic duo of Conroy and Hamill would ever let us down. These two are destined to do this dance for as long as they choose to, and somehow managed to enhance their already illustrious legacy with superhuman performances. Additionally, the animation is a welcome return to form for DC, flowing as beautifully and eloquently as Under the Red Hood and Mask of the Phantasm. The stars aligned for this one – it’s perfection all-round.

DC, please take a bow. Batman: The Killing Joke isn’t only one of the best DC animated films; it’s also the best superhero film of 2016 to date.