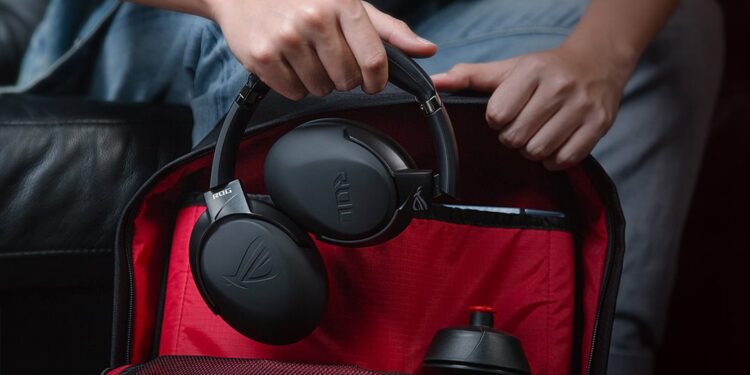 Having reviewed quite a number of the leading gaming headsets in recent years, there has been very little in the way of true innovation in offering customers new experiences from the standard. Manufacturers have introduced some nifty features in how these devices connect to source devices, ranging from wireless mainly through Bluetooth, and wired based on new USB as a default. While they do offer easier and multiple methods to connect from a single headset, most of it wasn’t really a new, even to the headphone industry. A few months back, ASUS launched a new gaming headset, the ASUS ROG Strix GO 2.4, introducing a different connectivity option, while also making it accessible across many source devices.

ASUS has been conquering the PC (laptop and desktop) gaming market of late, but its gaming headset gaming range hasn’t always been as visible, especially in South Africa. That said, it has a fairly substantial catalogue across various gaming experience, with a long history with great quality audio devices. The GO 2.4 is the latest wireless headset from the manufacturer, aiming to usher in a new manner of connectivity. The question is whether the new feature adds any value and if the sound quality is still good enough. In short, yes and yes. So, let’s unpack. 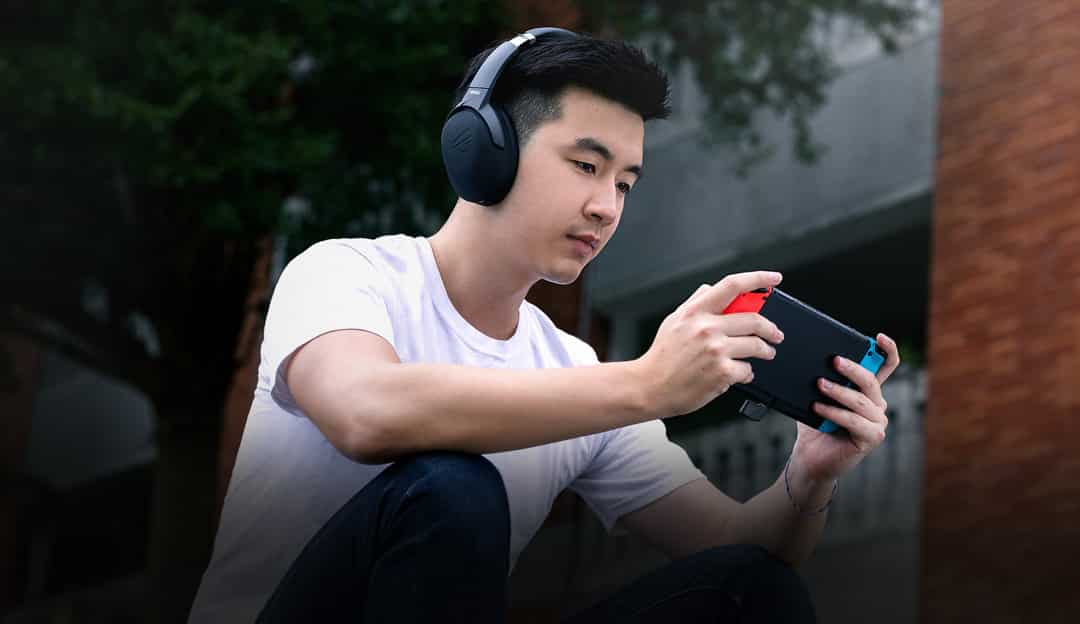 In terms of the design, the ASUS ROG Strix GO 2.4 doesn’t offer much in the way of a new design when looking through the previous catalogue of ASUS devices. That said, it still looks and feels sleek and premium. Unlike conventional ear cups, the ones fitted on the GO 2.4 are elongated. My ears fit a bit more snug but still comfortable within it, surrounded by sufficient padding. The headband is a mix of premium plastic on the lower end (closer to the cups) and faux leather with more padding. While the majority of the unit is made of premium plastic, there are some metal parts underneath, which adds to the quality and ensures the robustness of all the moving parts.

There’s quite a bit of branding across the headset, both in the form of the ROG text and logo. On the left side you have the ROG text in silver with the logo etched into the earcup quite large. It’s the opposite on the right-hand side. The text “Republic of Gamers” appears across the top of the headband. On the inside, above the earcups, the “ASUS” text appears on both sides. Then finally, on the inside of the earcups you have the ROG logo appearing again. I think there’s more than sufficient branding on the headset.

When it comes to the buttons and ports, there are also more than many. On the left earcup, you find the volume wheel, play/pause button, toggle switch, 3.5mm jack and another 3.5mm port for the microphone. On the right-hand side you’ll find a Type-C port for charging when required. The volume button isn’t the same you’ll find on the Razer Kraken Ultimate, instead it’s more of a flick wheel where you can adjust the volume by flicking it up or down. Users can also keep it in place to increase or decrease quicker. The play/pause button is self-explanatory. It is larger than normal with 3 depressions on it to make it easier to detect when the device is placed over your ears. The toggle switch allows users to switch between modes, that being wired and wireless modes. Switching into wired mode also turns it off when the wire itself isn’t connected, as it’s powered directly through the auxiliary ports.

While, in design terms, it won’t set the world alight, there’s still quite a lot to make it quite a solid device. You can’t discuss the list of features without starting with the main inclusion, the USB-C 2.4GHz RF connector. The connector is a USB 3.0 device that plugs into any Type-C port, whether it be your PC, your smartphone and even your Switch console. The device has a range of up to 20 metres with no distortion to speak of. The USB connector makes it ideal for on-the-go gaming as it connects to almost any source device you can think of. With the wired option available, it connects to any that has a 3.5mm auxiliary port. The USB connector increases this further, supporting any device that has a Type-C port. This means you can connect to your PCs, your smartphone (unless it’s still using microUSB or the latest iPhones). Further to this, the contents of the box includes a Type-C to Type-A adapter, making it compatible with pretty much all PCs. To really test the capabilities of the various ports, I connected the USB connector to the included adapter, which I then connected to Type-A to Type-C, which would then connect to my smartphone and still worked as it would directly.

Most of the other features on the GO 2.4 are activated through the ASUS Armoury II software. Here you can set power management when the device is idle, as well as a host of audio and microphone settings. There are quite a few presets to choose from, as well as customisation of your own. Users can also enable virtual surround sound audio, which emulates spatial audio. There’s quite a lot of microphone and voice settings, the easiest of which is to enable the AI noise-cancellation feature, which automatically picks up the ambient noises, up to 95% of all sound according to ASUS, and drown this out during a record, call, etc. The ASUS ROG Strix GO 2.4 includes two 40mm ASUS Essence drivers made from a neodymium magnet – one in each ear. Other specifications include an impedance of 32 Ohm and a frequency response between 10 – 40000Hz. The drivers offer a great mix of sound capabilities, with crystal clear highs and very deep lows. You can fine-tune this even further via the Armoury II software, making it a very well-rounded solution across multiple genres. Being labelled as a gaming headset, it’s more important to perform well here than, say, listening to music or watching movies. Using the default settings, to begin with, the gaming audio was reasonable, but not great overall. Switching the settings to virtual surround sound made all the difference. This made quite a few more sounds a lot clearer and directional. This is extremely useful for first-person shooter games where it really matters to understand the location of any sounds such as gunfire.

The microphone on the other performs very well off the bat. The AI settings are enabled by default, making it very clear during recording, and assumedly on the other end when playing multiplayer games online. Listen to the audio recordings in comparison to many other recordings made with other devices. It’s not your studio-quality microphone but the noise-cancelling aspects make it extremely useful, especially for gamers who often have mechanical keys that make quite a lot of noise in the heat of a battle. The only drawback is that the AI technology is only available using the wireless mode, but this was my preferred means of connectivity during the review period in any event. I assume it would be the same for most users.

The volume wheel on the ASUS ROG Strix GO 2.4 works independently from the source audio. This means you can have the source volume at its loudest while still really soft on the headset itself. Or vice versa. Although it’s not a negative aspect, it can add a slight complexity when the volumes don’t quite align.

Another impressive aspect of the device is the battery life. The unit can easily manage over 20 hours of playback on a single charge, said to be up to 25 hours. In addition to this, a quick 15-minute charge will provide an approximate three-hour use if you’re in a bit of a rush. Compared to most other units that typically offer between 8 and 12 hours, the GO 2.4 more than doubles that. 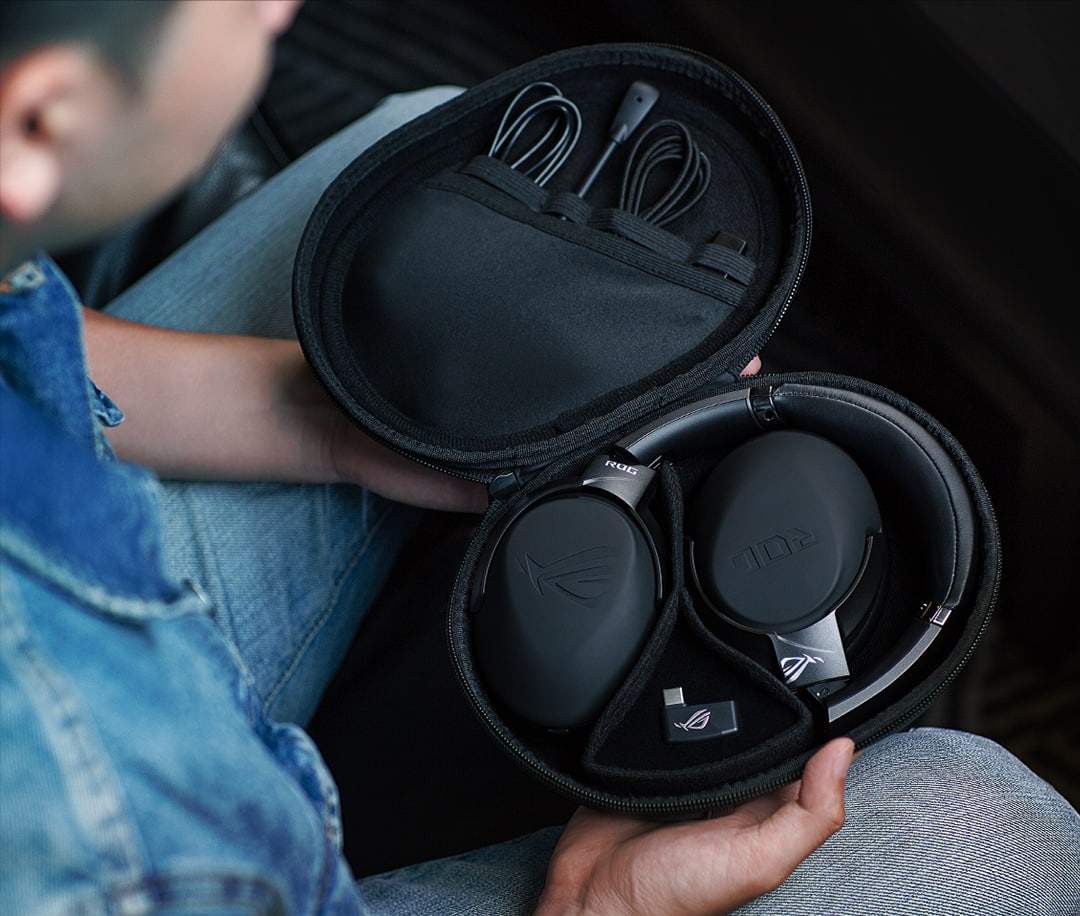 The ASUS ROG Strix GO 2.4 is one of the more unique gaming headsets available on the market. There are a number of premium elements on the unit, from the design and build to the features. It may not have Bluetooth support, which means it isn’t as universal, but thanks to its 2.4Ghz RF connector, it offers better sound quality overall.

The ASUS ROG Strix GO 2.4 offers a great mix of features with audio quality to boot. It may have an unconventional connectivity support, but the quality is justifiable. Battery life is definitely a great surprise as well.