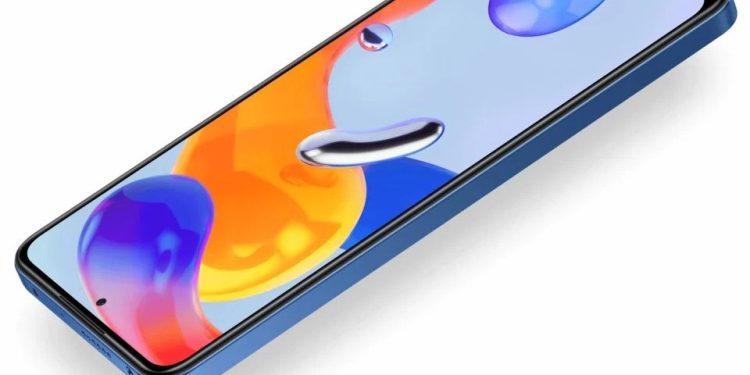 Xiaomi has an incredible line-up of products in its portfolio. From smartphones to home security and cleaning, and everything in between. A few weeks ago, the brand increased its portfolio with the launch of the Xiaomi Redmi Note 11 Pro. This follows on from the impressive Xiaomi 11T Pro, launched at the end of 2021.

In addition to the launch, the brand also confirmed the release of the new Xiaomi Watch S1, Mi Robot Vacuum-Mop 2 and the Mi Electric Scooter 3. These units have been extremely popular from the brand, even in South Africa, so we’ll have a look at those in the not-too-distant future. For now, however, we take a closer look at the Redmi Note 11 Pro smartphone.

For those familiar with the Xiaomi brand, you’ll notice quite a significant number of similarities it has with the other units in the stable. However, while the components, layout and design elements are quite similar, there’s quite a big jump in terms of the build.

For starters, unlike the Xiaomi 11T Pro, the Redmi Note 11 Pro is a lot squarer. From front on, it still has the curves on the four corners. However, when you feel the device in-hand for the first time, you’ll be surprised at the squared edges around the bezel.

It’s actually not out of the ordinary for modern smartphones, which have made steps back to original designs from a few years ago. Xiaomi has kept up with this trend, switching to a more squared approach of the angled or rounded surfaces.

One of the other major changes, in my view, is that the buttons on the right (power and volume rocker) are far flusher against the side of the frame. You’ll still get a sense of where each button is, but it’s not nearly as protruding as it was before.

That said, there is still quite a bit of protrusion on the rear in the form of the camera array. The quad-lens configuration is fairly standard in its layout, with the main sensor on the top, three below it alongside the flash, for a uniform appearance.

The rest of the design and layout is also fairly standard. It includes a speaker grille on the top and bottom of the unit, along with all the ports and SIM tray. There aren’t any other buttons or ports on the sides, giving it quite a clean look overall.

It does also present quite a premium look, despite its mid-range price point. It includes a glass rear panel, which looks great. This mixes well with the matte grey, plastic finish of the rest of the frame, giving it a solid look and feel. In addition to this, it also sports an IP53 dust and splash protection rating.

Complimenting the premium design of the device, the screen matches the efforts. It sports a Super AMOLED panel, which means that the darks will be very dark and colours bright as well. It also features brightness levels up to 1,200 nits, which is also very good. To put this into perspective, that’s about 70% the brightness rating of the Galaxy S22 range.

It may only feature a 1,080×2,400px resolution, but it still has great colour reproduction, as well as good contrast and brightness. When viewing on its own, streaming 4K content still looks great. You can only really pick up some of its shortcomings on the resolution when compared to a unit that natively supports 4K.

What’s also great about the panel is that it supports 120Hz refresh rate. This means that it provides great visuals and frame rates for avid mobile gamers. You can set the screen back to the default 60Hz to save a bit of battery but for the most part you’d want that turned up for best results. Definitely worth the trade-off.

There are other features also included for the display. One of these is the settings for VR, which wouldn’t be useful to many users. However, what is useful is the Reading Mode option. This adjusts the screen brightness and blue light to optimise your display for reading so as not to strain the eyes after long periods of use. There’s also a nifty toggle added to the drop-down menu making it easy to turn on and off.

In terms of the other specifications, there’s quite a bunch to run through. For starters, let’s look at the processing capabilities. It has a Mediatek Helio G96 (12nm) SoC with an Octo-Core CPU. This is broken down into a x2 2.05GHz Cortex-A76 and x6 2.0GHz Cortex-A55 configuration. This is coupled with the Mali-G57 MC2 GPU.

There are three configurations available when purchasing the Xiaomi Redmi Note 11 Pro. This includes the 64GB storage with 6GB RAM variant, 128GB with 6GB and 128GB with 8GB. I received the latter setup for review, which sports a 6+2GB RAM config.

In terms of its software, it runs on the Android 11 OS coupled with the MIUI 13 interface.

In terms of its camera setup, it features a quad-lens rear-facing camera and a single-lens front-facing camera. The rear unit has the following config:

When it comes to the day-to-day use of the Xiaomi Redmi Note 11 Pro, it does a fairly solid job. It’s not going to win any competitions in that regard, even among other mid-range smartphones. However, it gets the job done solidly enough.

If you’re looking for more power, though, for more advanced tasks, it’s not the best. It’s especially tricky when you’re trying to play more graphics-intensive games that require both CPU and GPU performance. You’ll still be able to all the games you want, even with the lowered graphics or frame rates.

This means that you won’t always get the most out of the 120Hz screen. There are some games that support the higher frame rate without the additional power required to run it. But, for the most part, you’ll be best served watching videos with this screen.

For the camera, the main sensor does a good enough job of producing adequate results. You’re not going to be using these other than for personal use, however, as they’re not detailed enough to be blown up for professional use. The quality of the colour, contrast and the likes are good in brightly lit conditions. The same cannot be said for nighttime photography.

When it comes to battery consumption, there’s good and bad here. It has an extremely long-lasting battery life, which is achieved by a lot of optimisations through AI algorithms. It works well and gets the job done, while easily capable of powering you into the 2nd day of use on a single charge. On the negative side, it can sometimes over optimise. This means that if you switch between apps in multitasking use, those apps you switch from will sometimes auto-close if not used again within a few minutes. This isn’t ideal for most power users, who enjoy being able to switch between apps when needed.

Should you buy a Xiaomi Redmi Note 11 Pro?

The Xiaomi Redmi Note 11 Pro delivers a good mix of performances overall. The standout is definitely the incredibly good-looking screen with its 120Hz refresh rate. It’s a bit down on computational power and won’t be able to do some high-end games on max settings but there are plenty of other features to enjoy.

With pricing starting at R5,999 for the Pro version of the Redmi Note 11, it’s quite a good offering. You’ll be hard-pressed to find a smartphone with these specifications at the price. It may be a bit down on power but with great visual performances, it really makes up for that lack. A really solid buy in the end.

At a reasonably low price of R5,999, the Xiaomi Redmi Note 11 Pro is a really good buy. It’s packed with plenty of features, with the display delivering the best performance. The computational power isn’t able to push the limit for power-hungry users but can be worked around to get the job done.