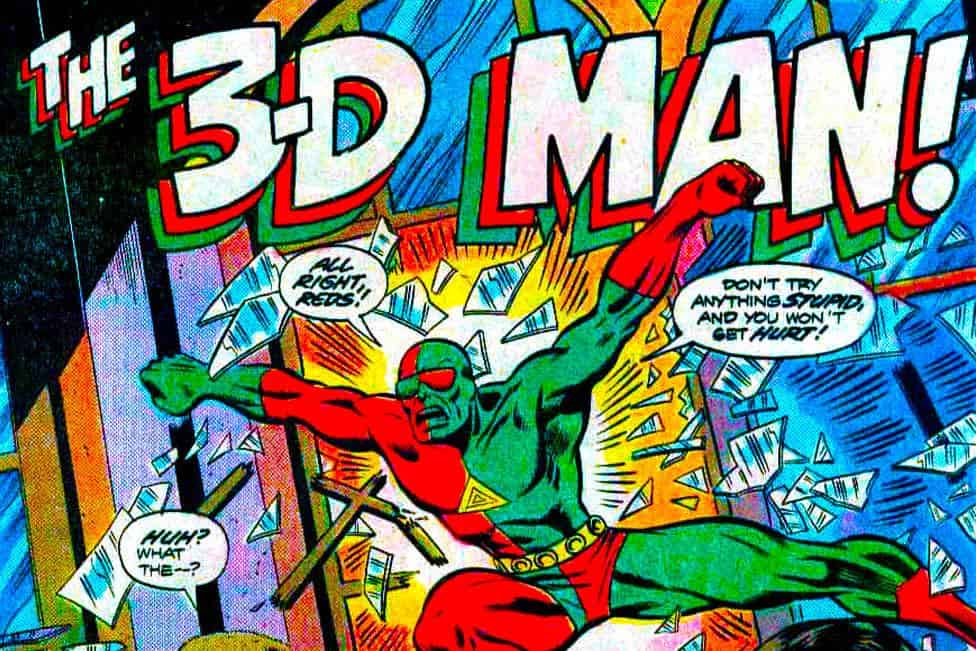 No matter how hard we try, we can’t all be Captain America, Thor, Hulk or Iron Man. Some are less, others are much less and then some are Leather Boy, 3-D Man and Hell Cow. Here are ten of the worst comic book characters in the Marvel Universe.

The mere sight of Leather Boy’s shiny black costume is enough to have readers clawing at their eyes in an attempt to unsee it. However, Gene Lorrene managed to make his way into the Great Lakes Avengers team, if only for a brief period, after responding to Mr Immortal’s classified ad seeking “men and women of action”.

In his defence, it probably wasn’t the best written classified ad.

Still, what was Marvel thinking here? Was this character nothing more than a bad joke?

Either way, he definitely deserves a place on the list of worst Marvel comic book characters ever. 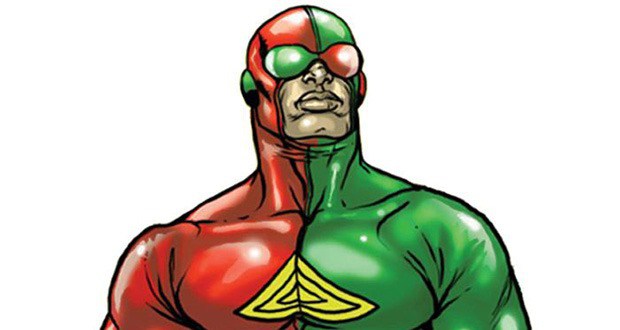 While escaping Skrull invaders, Charles Chandler, an American test pilot, is exposed to strange radiation that causes his 2D image to be imprinted on the lenses of his brother’s glasses. When his brother, Hal, concentrated, he triggered a dimensional shift that allowed Charles to reappear as 3-D Man, a superhero with enhanced strength, speed and senses. 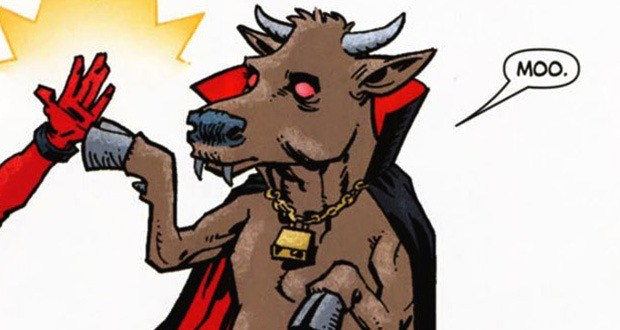 Bessie, better known as Hellcow, is a vampire cow created by writer Steve Gerber and artist Frank Brunner. Just let that idea sink in for a bit. Cow + Vampire = Hellcow. As far as worst comic book characters go, Hellcow is up there with the worst of them.

Believe it or not, Bessie, who was bitten and turned by Dracula himself, once teamed up with Deadpool to take down Dr Kilgore, a mad scientist.

Yeah, you’re right, we can totally believe that the Merc With A Mouth would team up with a vampire cow. 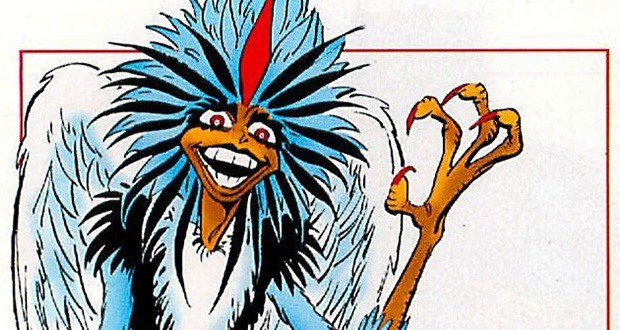 This sounds like the type of thing my grandfather would come up with if he had to create a comic book character. Naturally, Bird-Boy, alias Bird-Brain, can fly and has claws on his hands and feet. So it seems that he is pretty much just a bird.

I wonder if Michael Keaton would be up for another bird-related comic book character? 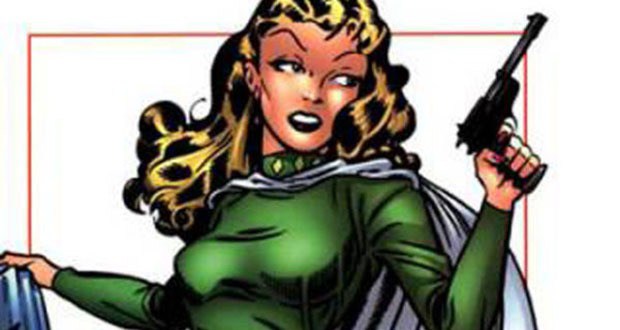 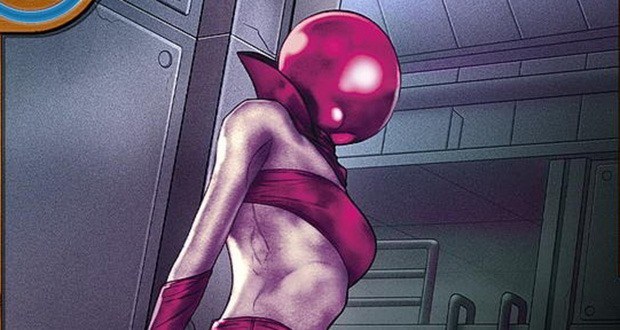 Ruby Thursday, who first appeared in Captain America #63, is basically a woman with a great body and a malleable red plastic head that can extrude up to eight tentacles. In other words, that strange head gives her very strange powers. For example, she can separate her head from her neck and control both her head and body at the same time. 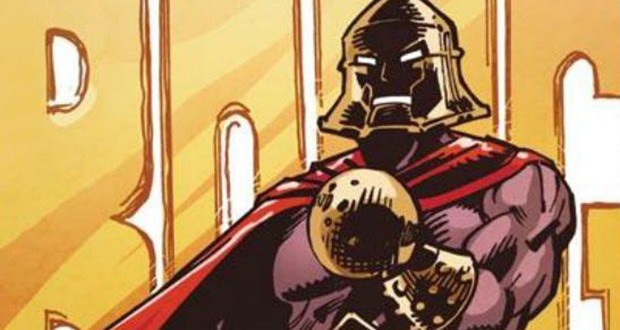 Someone clearly enjoyed the greener side of life when they created Lester Verde, aka Doctor Bong, a character that possesses no innate powers. He is a genetic engineering genius and has demonstrated the ability to evolve normal animals into semi-humanoid beings. Not much else is known about Doctor Bong. 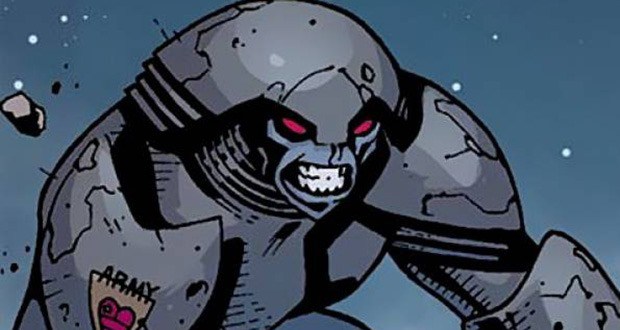 Created by Geoff Johns and Shawn Martinbrough, Litterbug is a mutant who possesses superhuman strength and razor-sharp claws. Basically, he is a giant cockroach. His first appearance was in Morlocks #1. 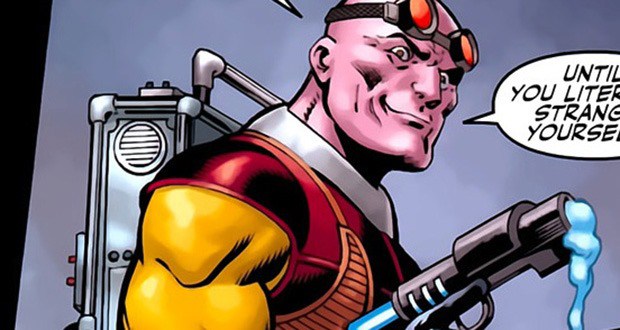 Adorning an awful costume and creating a paste-gun, Peter Petruski first assumed the identity of Paste-Pot Pete but later changed his name to the Trapster. Thankfully, the new name also resulted in a new costume. Good job with the rebranding Marvel. 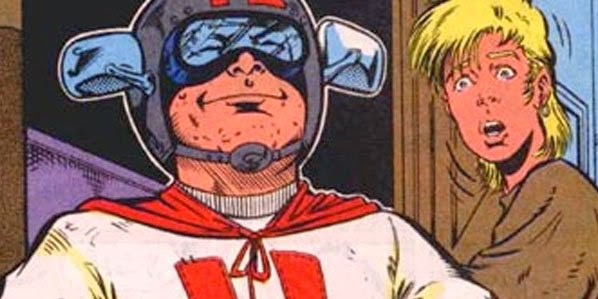 Easily one of the most annoying superhero characters ever created, Carlton LaFroyge, aka Hindsight Lad, has the amazing ability to say annoying things like “if only we had done it my way” amidst destruction.

He might as well have the power of remembering the week’s TV schedule. He is really that useless. Hindsight is amazing, but it certainly isn’t a superpower.

Hindsight Lad is also easily one of the worst comic book characters ever creafed.

Are these the worst comic book characters in the Marvel universe? Let us know if you know of worse.