Wanted Director Thinks A Different Approach Is Needed For Wanted 2 It’s been over ten years since Wanted hit theatres in 2008.

Now, director Timur Bekmambetov is thinking about developing a sequel to his action film. But this time he’d like to explore a new gimmick – Screenlife.

If you’re not familiar with it, here’s how it works. Screenlife ditches traditional cameras and tells its story using smart-phone cameras, webcams, and computer screens.

In a recent interview, Bekmambetov explained that instead of curving bullets in a Wanted sequel, the next film could be done using a computer, tablet or smartphone screen. 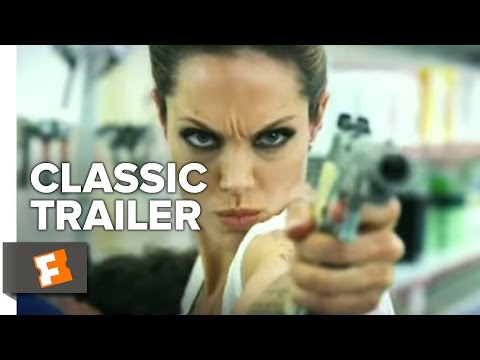 “Maybe do the Wanted sequel in Screenlife. I cannot imagine an assassin in today’s world would run with a gun. Why? He will use drones. He will use computer technology, probably. You don’t need to bend bullets anymore. You need to bend ideas.”

The original movie starred James McAvoy, Angelina Jolie, and Morgan Freeman. The story followed a frustrated office worker who learns that he is the son of a professional assassin and that he shares his father’s superhuman killing abilities.

The idea of using Screenlife for a sequel could certainly come in handy since the coronavirus pandemic has forced studios to think a little differently when it comes to production. Screenlife would allow filming to take place without people being in the same room. And it’s the same concept that secured Bekmambetov’s deal with Universal to begin with.

What do you think? Do you want to see a Wanted 2 using Screenlife?