Vin Diesel Has Been Cast As Valiant’s Bloodshot 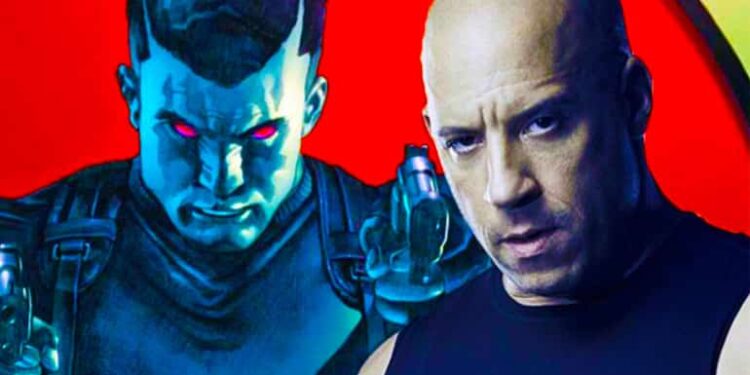 Deadline is reporting that Fast and the Furious star Vin Diesel, who currently lends his voice to Groot in the Guardians of the Galaxy franchise, has closed the deal on starring in Bloodshot, the first solo feature film from Valiant Comics.

Diesel will play the titular character, Ray Garrison aka Bloodshot, a former super-soldier created by the secret government organization Project Rising Spirit. Similar to Wolverine, his abilities include superhuman strength, regeneration and meta-morphing, which is made possible through nanites injected into his blood. After his memory is completely wiped, he sets out to discover who he really is.

The character was created in 1992 by Kevin VanHook, Don Perlin, and Bob Layton, and has become a huge success for Valiant Comics. Many of the issues have ranked high on the Diamond Comic Distributors charts.

Last year, Dave Bautista, also a Guardians of the Galaxy character, revealed that he would also be starring as Eternal Warrior in an upcoming Valiant Comics film. It seems there is certainly no shortage of comic book films in Hollywood these days. Let’s hope Valiant is able to offer something different from the usual Marvel and DC offerings.

Of course, Bosslogic took the opportunity to show us what Vin Diesel might look like as Valient’s superhero:

Worked with @comicbook on @vindiesel as #bloodshot for the rumoured movie casting, I actually would like to see this. Aaaaaand now sleep ?