In terms of ’90s cartoons, you couldn’t escape the Biker Mice from Mars, the science fiction action animated series created by Rick Ungar.

Forget Avenger Penguins, Extreme Dinosaurs, Road Rovers, and Street Sharks. This cartoon series is where it was at. 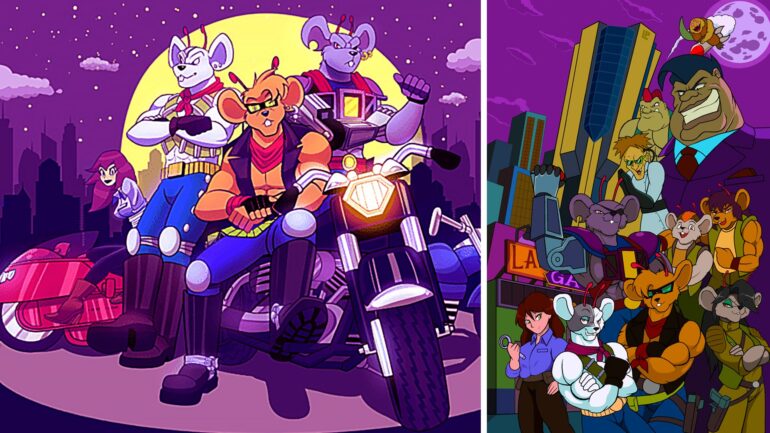 When you think of these three mice, 1993 comes to mind immediately. All the fashion, all the attitude, all the lingo, and everything about that era. However, the show received a short revival in the 2000s as well, as Biker Mice from Mars 2006 aired for one season.

And who can forget those classic ’90s toys?

In recent years, there’s been talk of a live-action Biker Mice From Mars movie, possibly even adapted to screen by Paramount Pictures and Michael Bay. But who could play these badass mice in a feature film?

According to some sources online, there were reports that Liam Hemsworth would voice Throttle, Alan Ritchson would voice Modo, Josh Peck would play Vinnie and Jack Black might be Fred the Mutant. But take that with a pinch of salt.

Tell us, were you a fan of the show? And did you play the infamous Biker Mice from Mars SNES game?

Let us know in the comments section down below. And while you’re at it, don’t forget to subscribe to the channel and turn on your notifications.