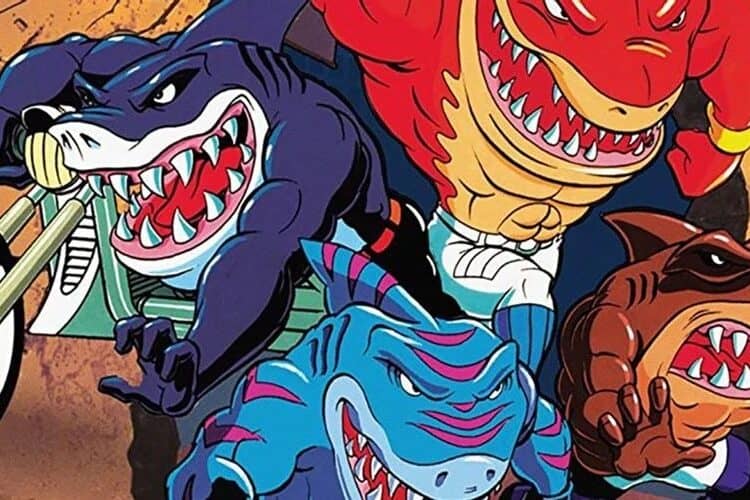 There were numerous clones of the Teenage Mutant Ninja Turtles in the ’90s. After all, everyone wanted a slice of that anthropomorphic billion-dollar pie. Though, when it came to true contenders, Street Sharks stood fin and shoulders above the rest. And no, it isn’t because a young Vin Diesel appeared in one of the toy commercials.

Created by David Siegel and Joe Galliani, Street Sharks followed a similar formula as TMNT. Four mutant shark brothers with attitude—Ripster, Jab, Streex and Big Slammu—team up with allies to keep the, ahem, streets safe from the likes of Dr Paradigm and the Seaviates. 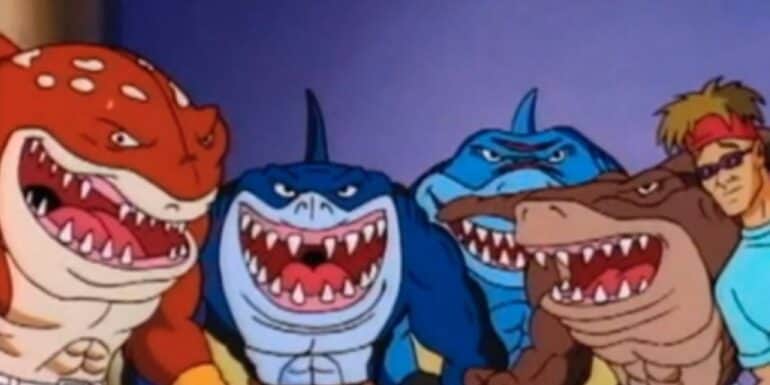 While it wasn’t the most original idea in the world, the animated show had the talents of screenwriter Phil Harnage in its corner as a showrunner. He’d written episodes for He-Man and the Masters of the Universe, The Legend of Zelda and G.I. Joe: A Real American Hero. Plus, he served as the head writer for both Double Dragon and Captain Planet and the Planeteers.

Harnage understood what was necessary for a series to appeal to the younger market. Even though the primary focus of the show was to promote the Mattel toy line, Street Sharks featured sharper writing and better storylines than its challengers. It knew exactly what it was: a kids’ show that was meant to be fun and over the top. The audience tuned in and the TV execs responded positively, giving the show a 40-episode run over three seasons.

Street Sharks was only the beginning, though. The last few episodes of the series introduced a new group called the Dino Vengers that went on to have their own successful spinoff show, Extreme Dinosaurs. It was like printing money in those days. 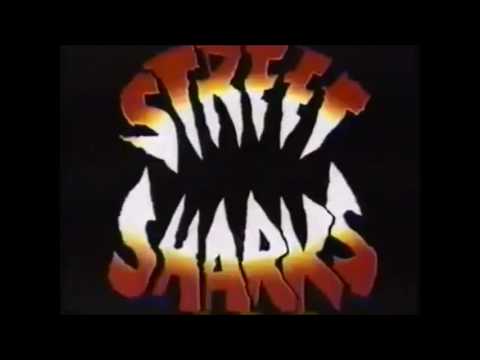 Surprisingly, the Street Sharks franchise stayed buried under the sea since its last episode in 1997. It’s strange when you consider how successful it was for its era. While it never reached the phenomenal heights of Teenage Mutant Ninja Turtles, it certainly made more than few people richer in the mid-nineties and it had its fanbase.

With the likes of ThunderCats, Masters of the Universe, G.I. Joe and even TMNT receiving modern-day adaptations, all eyes should be on Street Sharks next. Imagine a CGI show or animated revival on Netflix as an example. The franchise has all the ingredients to be an unexpected hit and merchandise mover for the network/streaming service that puts its faith in it once again.

The tide is right for another shark attack. Street Sharks was jawsome in the ’90s and it’s likely to be the same today. Please will someone make it happen now.

Tell us, were you a fan of Street Sharks? Let us know in the comments section.