The Pirates of Dark Water: The Forgotten 90s Cartoon Deserves a Reboot 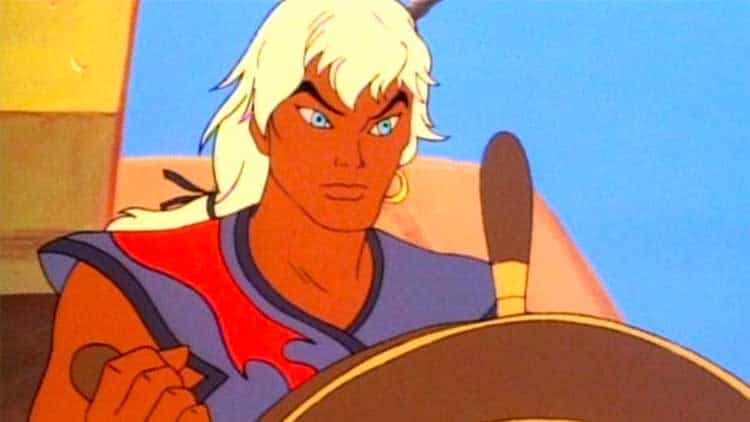 Does anyone remember The Pirates of Dark Water cartoon?

Hanna-Barbera has a somewhat iffy reputation amongst some animation fans. On the one hand, the studio has been criticised for its lacklustre and recycled animation during the 70s and 80s; on the other, however, they’re also responsible for creating some of the most iconic cartoon characters ever made.

One thing is for sure, 1991’s The Pirates of Dark Water is neither badly animated nor iconic. The show has been largely forgotten, which is truly a shame, especially considering the outstanding quality of its characters and its fantastical setting. In a time when the most popular cartoons were some form of superhero or talking animal, The Pirates of Dark Water created an entire mythology surrounding a mysterious alien planet — and it’s high time the show gets the recognition it deserves.

There are some dire reasons why the show didn’t receive the warm welcome it was aiming for. For one, it was released right at the start of the nineties — a decade where ninjas and superheroes reigned supreme in most cartoons. Although the swashbuckling genre received a minor popularity boost in 1991 thanks to Steven Spielberg’s Hook, there was little to no interest in pirates, especially among kids.

Pirates of Dark Water was simply released ahead of its time. Had it been released a decade later and its popularity would explode thanks to the Pirates of the Caribbean, but maybe that’s why the show had such a profound impact on its fans: it was like nothing else on TV at its time.

Ren, a young prince, embarks on a journey to find the Thirteen Treasures of Rule: ancient relics capable of stopping the devastation brought upon by the “Dark Water.” In his journeys, he joins forces with a group of outcasts from all over the planet Mer, as they escape from the nefarious pirate Bloth.

Though the show’s setting was decidedly aimed for kids, that doesn’t diminish any of Pirates of Dark Water’s merits. For starters, the world of Mer was wonderfully designed, including some truly fantastical creatures that evoked a sense of wonder and awe in kids and adults alike. Like most cartoons of its era, the voice acting was absolutely top-notch, featuring the talents of Tim Curry and Jim Cummings.

The show ran for two seasons from 1991 to 1993, with 21 episodes ever released. Perhaps the saddest thing about Pirates of Dark Water is that it never got a proper ending: due to its cancellation, the story of Ren and his friends was left unfinished.

Nostalgia for the show and the genuine storytelling potential that’s left in Pirates of Darkwater have led to some fans petitioning for a revival of sorts for the show. The only issue with this reboot would be licensing: after Hanna died in 2001, Hanna-Barbera has been used exclusively as a production label for Warner Bros to release classic cartoons.

A reboot would have to be released under Warner Bros’ terms, which could somewhat change the initial vision of the original showrunners. The good news is that David Kirschner, producer of Child’s Play and Pirates of Dark Water, is still quite active in the entertainment industry. Having the show’s original creator on board would ensure that a revival receives all the attention it deserves, and it could even draw some inspiration from all the great pirate-based media that has been released in the three decades since the original Pirates of Dark Water’s release.

Tell us, do you want a The Pirates of Dark Water cartoon reboot?