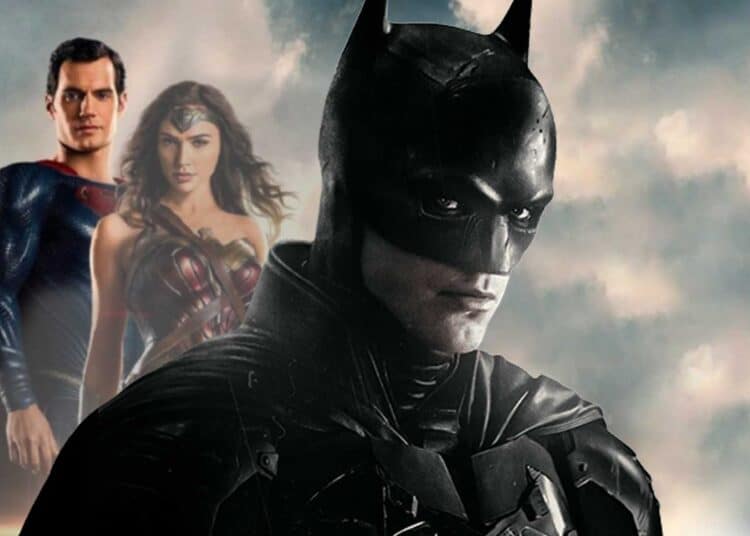 While editing The Batman, director Matt Reeves decided to chop both Superman and Wonder Woman from his 3-hour-long feature film. But according to rumours, there’s a 4-hour version of the film and it contained references to other DC characters.

After seeing The Batman, most fans would agree that the world probably feel a little crowded if we’d gotten appearances from Superman and Wonder Woman. Those characters might even feel misplaced in the film’s dark and grim world.

That said, back in 2022, set images and video footage showed both Superman and Wonder Woman on the streets of Gotham. When you look closer at the costumes, however, it appears that these are most probably characters dressed in cosplay for Halloween. The costumes just look too ridiculous to be anything more than references to the superheroes.

Weird that the 2/3 of the Trinity would exist without #TheBatman – I wonder how Bruce Wayne will react to these costumes!

I’ve heard that if the film is popular enough it COULD be made a part of the #DCEU – as of now, my vote is yes.#DC pic.twitter.com/2jZ2BkrVHx

Still, having them appear would most likely hint at the fact that both Superman and Wonder Woman exists in the world of The Batman. And while that would be interesting, it’s certainly too early to introduce those characters into this universe. In fact, we’d much prefer that this Batman exists alone in the ReevesVerse.

Most fans who have seen the film would have noticed that neither of the characters ended up making the final film, meaning they were intentionally cut in the editing room. Matt Reeves has repeatedly mentioned that Warner Bros. allowed him complete freedom with the film and that means he probably had sole discretion when it came to removing the characters.

Again, it makes perfect sense when you think about it. Wonder Woman and Superman probably didn’t fit The Batman film. But the other question is whether or not we’ll ever see the 4-hour long directors cut of The Batman with them in it.

In a recent interview with Collider, director Matt Reeves revealed that he has no real interest in adding the Man of Steel to his Batverse. “My thing was, from the beginning, I said, ‘Look, I think it’s enough to try and just do a Batverse, to do a Batman movie,’ and that that’s where this begins,” explained Reeves. “I suppose it’s not impossible to believe that somewhere down the line, they could connect to something else, but that was not my interest in this, and it’s not my interest in what we would do in follow-ups at the moment either.”

When asked if Superman does or could exist in the world in future movies, Reeves seemed unsure. “You mean if [Superman] could? Is that what you’re saying? I mean, if something like that did happen, because I was very careful about …  If suddenly in The Batman world, you discovered that there was an alien that was Superman, there’d be a lot of shock. I mean, people would have to say, ‘Oh my God,’ and maybe that would be the one fantastical element. But to be honest with you, that is not the intention at this point, to figure out how to make that come.”

Of course, he isn’t the only one who felt that way. Robert Pattinson also had mixed feelings about it too. “I think it’s hard enough, just for us two to be together. I don’t know!”

Based on some of the answers to some of the questions, it does feel like they considered the impact of adding Superman and Wonder Woman to The Batman. “I love the idea of trying to figure out how make… We’ve been talking about how to get the fantastical elements because Matt’s world, his take on it is so grounded, and I’m thinking like, ‘How can you add…? Like, we were talking the other day, like, ‘Can you add Superman into it but he just doesn’t have any powers? He’s just a guy in a cape?’ He’s just like, ‘I’m Superman!’ And they’re like, ‘So?'”

According to The Hollywood Reporter, Reeves tested a longer version of The Batman that was nearly four hours long. It would be interesting to see what else was removed from the final film.

Tell us, would you like to see a 4 hour cut of The Batman with Superman and Wonder Woman added?