Somebody Save Me! Smallville Actress Allison Mack Is Accused Of Being A Leader Of A Sex Cult 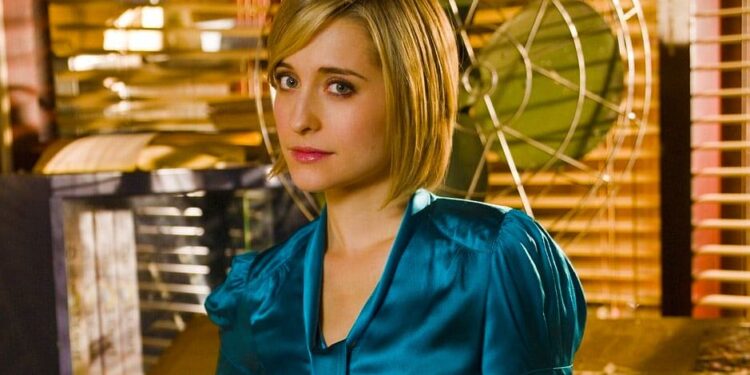 Hollywood is in a weird space lately with all the sexual assault charges and bizarre revelations coming forward. With that said, nobody would have expected that Smallville actress Allison Mack would be described as someone who is the head of controversial sex cult. However, the Daily Mail UK claims that the Teen Choice Award actress, who played Chloe Sullivan on the hit show, is connected to the NXIVM, an organization who has been described by former members as a terrifying cult.

I know this is the Daily Mail! But look at Allison Mack's website! pic.twitter.com/aRXXak7Qj4

According to the group’s former publicist, Frank Parlato (who spoke to The Sun), the actress has allegedly been “brainwashed” by the group’s leader Keith Raniere to recruit what he describes as “slaves”. They are then forcibly branded with her initials (AM) and ordered to follow her commands. This group is called DOS, short for “dominus obsequious sororium” (Latin for the “master over the slave women”) and form part of the self-help group NXIVM. Parlato also claims that in order to join, women are forced into handing over blackmail-worthy material (such as pornographic pictures or financial information).

Last month a New York Times article broke the news about the NXIVM group and exposed it as a slave cult. Dynasty star Catherine Oxenberg told prosecutors in the office of NY Attorney General Eric Schneiderman that her daughter India is being blackmailed by Keith Raniere. “I’m desperate to save my daughter,” Oxenberg told online publication Page Six. “I want to help the other young women. I am desperately hoping the authorities take notice and investigate.”

The video below shows Allison Mack crying in a YouTube interview with Ranieri: