Home > TV Series > Peacemaker Review – That Son of a Gunn Did It! 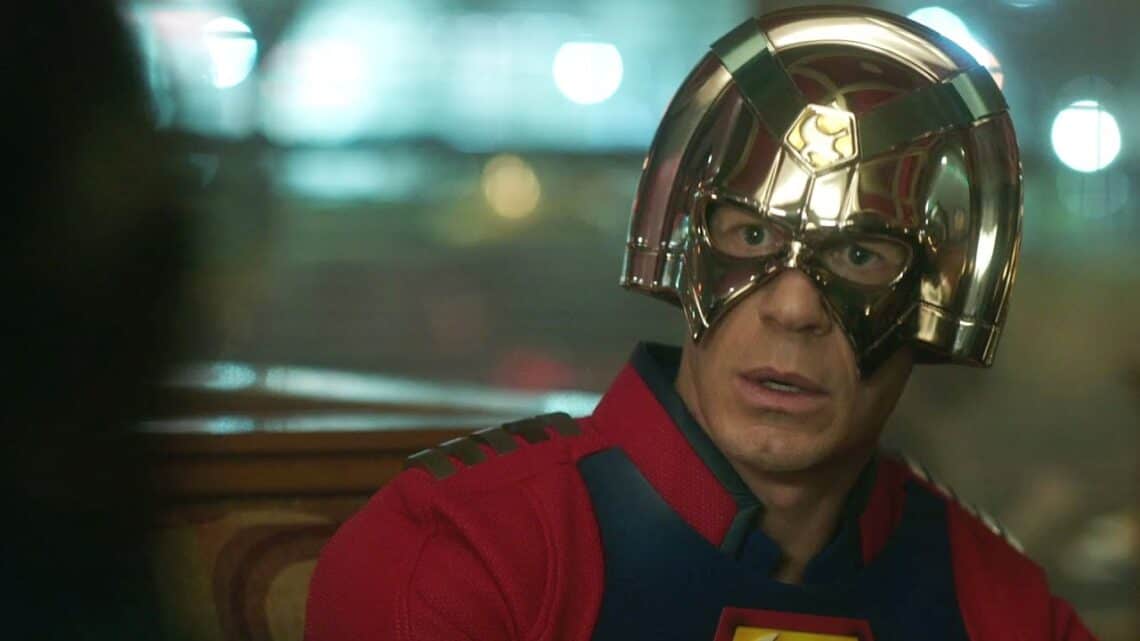 “Why is DC focusing on a stupid D-list character like Peacemaker?” Well, if you’ve ever paid attention to James Gunn‘s previous work, you should know that he doesn’t like to go for the obvious. In the case of the Peacemaker TV series, the chains have come off and Gunn delivers a show that pumps out the hilarity, vulgarity, and violence in equal doses. 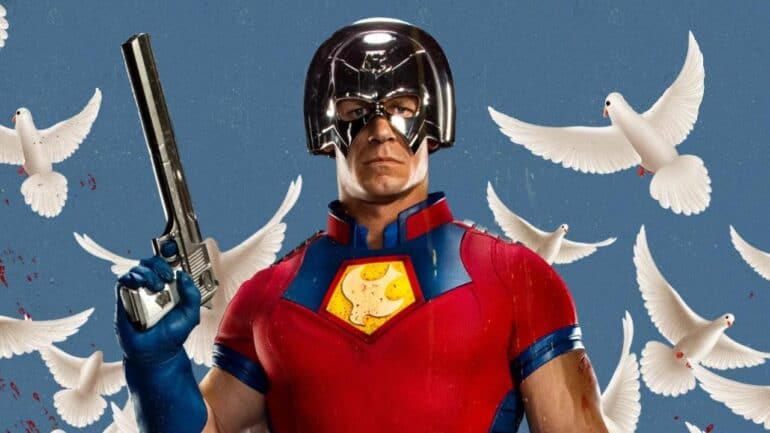 It’s easy to label Peacemaker as DC’s version of Deadpool. While there are many similarities, especially considering the razor-sharp quips and cartoonish violence, it shares more in common with The Boys. For one, this show is extremely self-aware of the genre and all its fallacies. John Cena‘s Christopher Smith is meant to be the poster boy of herodom—someone who serves their country and asks no questions. A golden boy like Cap, right? Instead, this becomes his vice as it’s evident that he’s extremely gullible and shouldn’t be seeking answers in questionable subreddits.

And two, Peacemaker takes everything that Gunn learnt from his time at Troma and injects it into a DC property. In many ways, it’s the ultimate troll move as the crude humour of something like Tromeo and Juliet sneaks its way into a mainstream TV show. Let’s say that Peacemaker’s beliefs of why Arthur Curry is called Aquaman is definitely not from the comics.

Peacemaker is what the genre needs

Do we really need another series like Superman & Lois or Arrow? There’s no point in retreading the same ground in every comic book show. It’s time to take risks and swing for the fences, with new approaches. And that’s exactly what Peacemaker does. It isn’t just a show that’s built for a diehard fanbase, as it proves to be good entertainment for casuals as well.

More importantly, Peacemaker elevates fresh characters and creates new stories for the audience. Everyone has a heart attack every time a new Batman property is announced online, so here’s something that isn’t about the Cash Crusader. It still holds a healthy connection to the overall DC Universe, there’s no need to connect to 20 other properties or to set up the next big event. Is Peacemaker worth your time?

So far, the answer is an unequivocal yes. If you’re the kind of person who loves comic book characters but also realises how silly they can be, Peacemaker won’t disappoint. Ultimately, the premise of the show is simple: It’s about redemption and if Peacemaker can achieve it after all the despicable things he’s done. While doing so, he will encounter a bloody amount of action, a madcap group of supporting characters, and more laughs at the expense of online communities, conspiracy theorists, and racist morons than you can handle. If that doesn’t sound like the best time, stick to Keeping Up With the Kardashians.

Tell us, are you excited to watch Peacemaker? Let us know in the comments section.