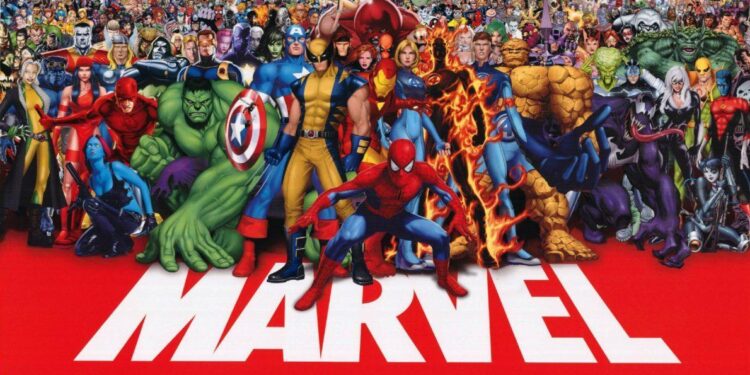 Mention Marvel Comics and the first things that spring to mind are Stan Lee, Spider-Man, Avengers and comic book superheroes.

But before they became a source of superhero movie blockbusters, the team behind the empire were lowly writers, artists and stoners developing new creations on a month-to-month basis under the name ‘Timely Comics’. Some of those creations are now world-renown, while others are best left forgotten.

We’ve compiled a list of interesting facts about our beloved Marvel Comics. 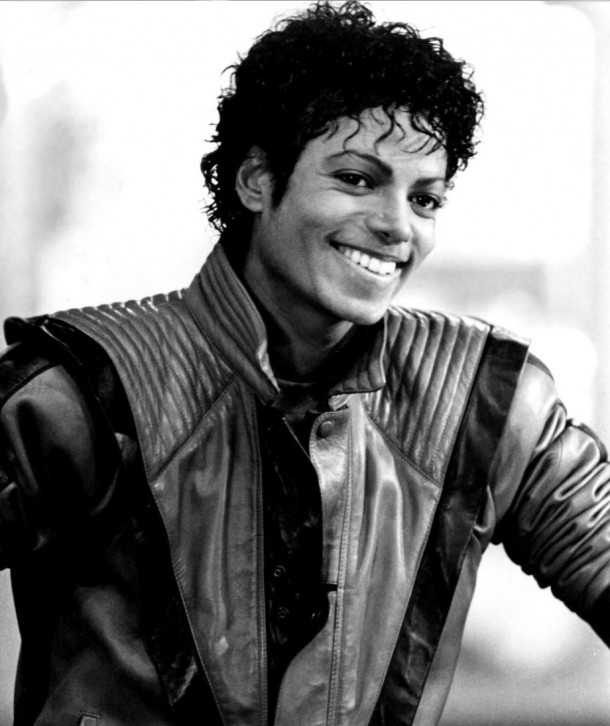 1. Michael Jackson wanted to be Spider-Man

In the early 1990s, Michael Jackson tried to buy Marvel Comics just so that he could play Spider-Man in his own produced movie.

“I knew Michael Jackson. And with the things he discussed with me, I felt he wanted to be Spider-Man. That was the character that interested him,” said Stan Lee in an interview with Moviefone. “I think he’d have been good. I think he’d have been very good. But I must say that Tobey Maguire was wonderful.” 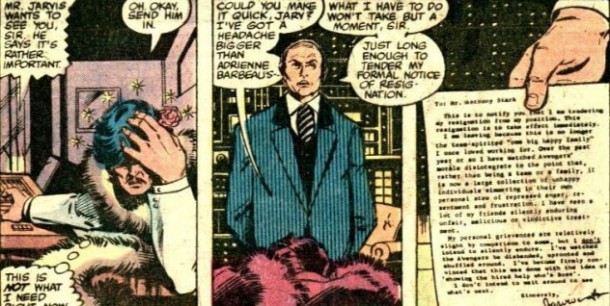 Dave Cockrum, a marvel artist, resigned from Marvel in 1979, but strangely found his resignation letter making it into Iron Man No. 127.

Tony Stark’s butler, Jarvis, resigns after being abused by an angry Stark. The letter was a word for word copy of Cockrum’s, with only the word Marvel changed to Avengers.

Nobody knows for sure how this managed to make its way into one of the world’s most popular comic books.

Anthony Stark, I am leaving because this is no longer the team-spirited “one big happy family” I once loved working for. Over the past year or so I have watched Avengers’ morale disintegrate to the point that, rather than being a team or a family, it is now a large collection of unhappy individuals simmering in their own personal stew of repressed anger, resentment and frustration. I have seen a lot of my friends silently enduring unfair, malicious or vindictive treatment.

My personal grievances are relatively slight by comparison to some, but I don’t intend to silently endure. I’ve watched the Avengers be disbanded, uprooted and shuffled around. I’ve become firmly convinced that this was done with the idea of “showing the hired help who’s Boss”.

I don’t intend to wait around to see what’s next. 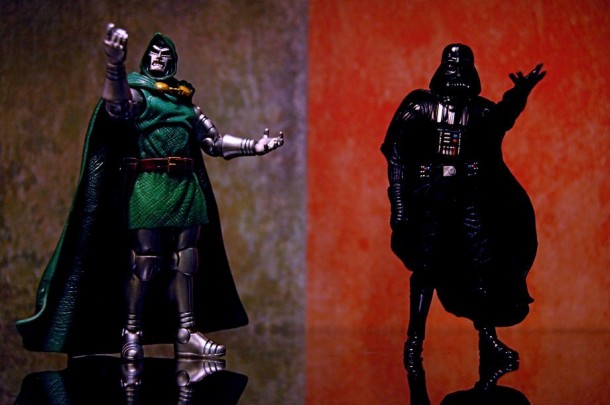 George Lucas is a fanboy and was influenced to some degree by the Marvel Comics’ Doctor Doom for his Darth Vader’s incarnation. 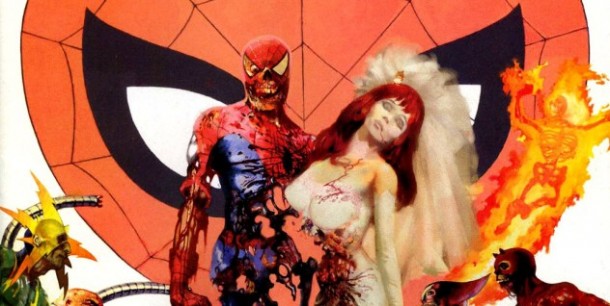 After releasing Tale of the Zombie in 1973, Marvel trademarked the term ‘zombie’ for use in their comic books. In the Marvel Comics universe, a fictional company called Damage Control specialises in cleaning up the mess that superheroes and supervillains leave behind.

Someone should let Superman know about this. 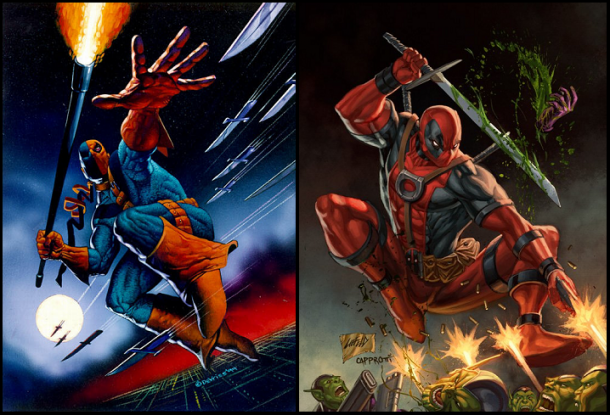 6. Deadpool is a spoof of Deathstroke

“Wade Wilson” was an inside-joke to being “related” to “Slade Wilson”.

Deadpool was later re-imagined as a psychotic smartass anti-hero. 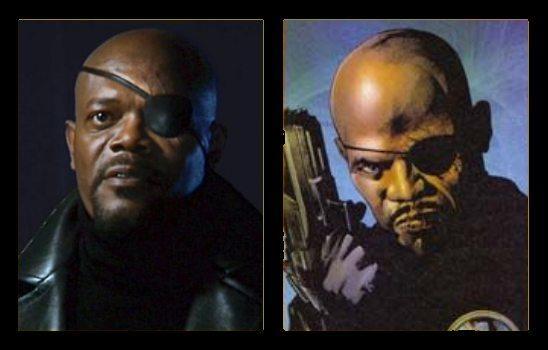 Although Jackson is well known for playing Nick Fury in the Avengers movies, this incarnation of Fury pre-dates the film by several years.

It wasn’t until Samuel himself saw his resemblance in the comic by chance that he contacted his lawyer and Marvel to secure his role in the movies. Amalgam Comics was a publishing imprint shared by DC Comics and Marvel Comics, in which the two comic book publishers merged their characters into new ones.

You could also find characters like Iron Lantern and Shatterstarfire in the mix. 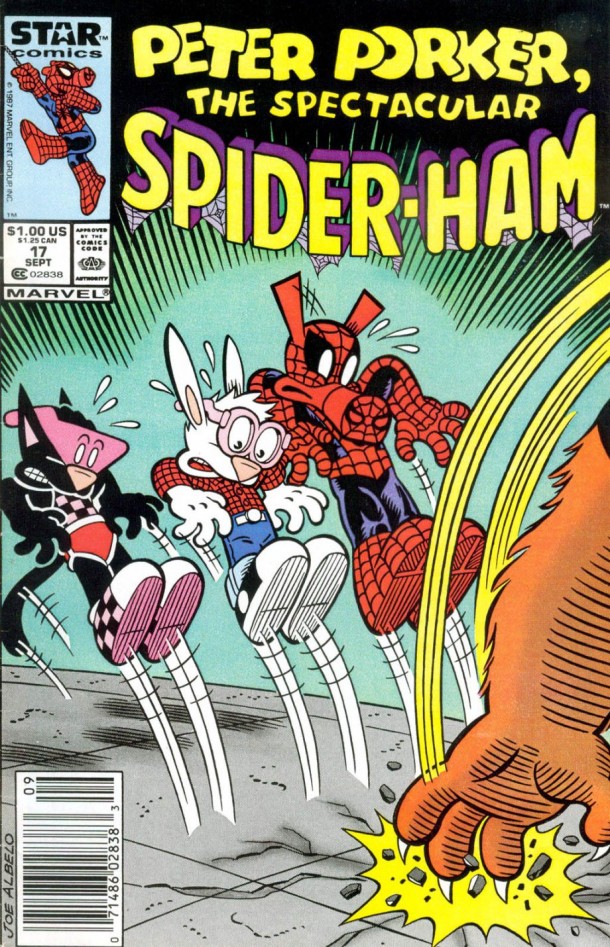 Who knew he was real? 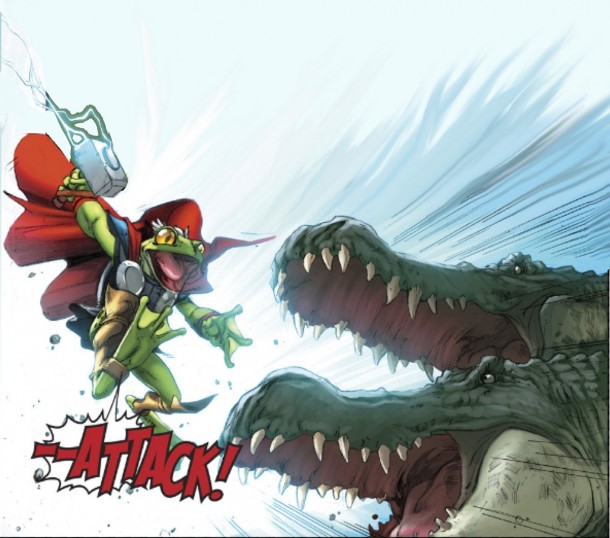 Although he physically resembles the amphibian form that Thor was once trapped in, Throg is a different being who shares a portion of the Thunder God’s powers. 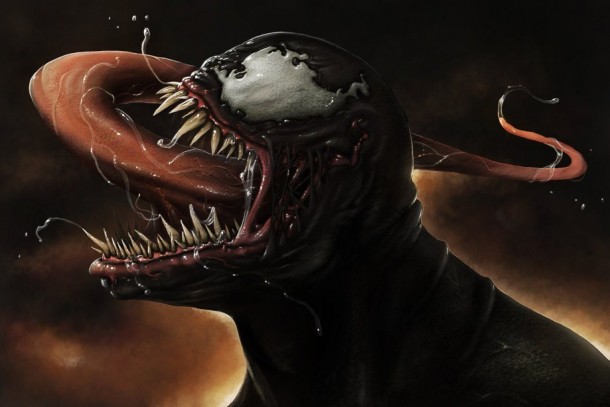 11. Venom was created by a fan

Venom was conceived of by a Marvel Comics reader named Randy Schueller. Marvel purchased the idea for $220.00 after they sent Schueller a letter acknowledging Marvel’s desire to acquire the idea from him. 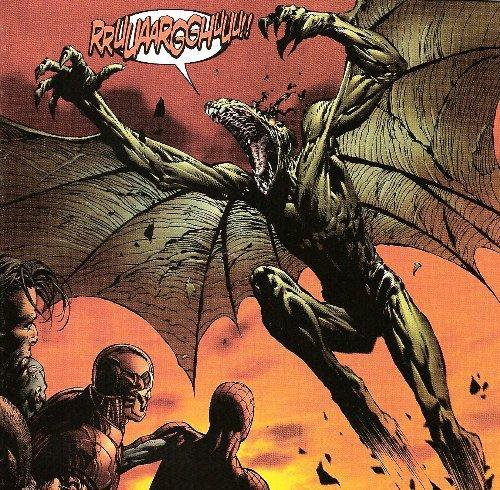 Marvel Comics was forbidden to use werewolves in their comics by the Comics Code Authority.

The writers had to come up with clever ways of including the classic villain archetype.

For X-Men No. 60 (1969), Roy Thomas and Neal Adams created Sauron, a were–pterodactyl, to get around the code. 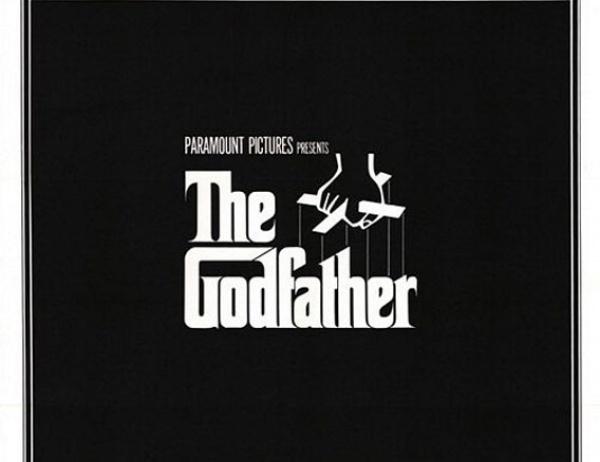 Mario Puzo, the author of The Godfather, found writing comics too difficult.

He asked Stan Lee if he could try to write a comic script. Lee agreed but Puzo found it too difficult.

Lee recounts in his autobiography that Puzo told him: “I could write a novel in the time it would take me to figure this damn thing out.”

He went on to write some of the best-selling novels of all time. Oh, and he also wrote the screenplay for the Superman movie. 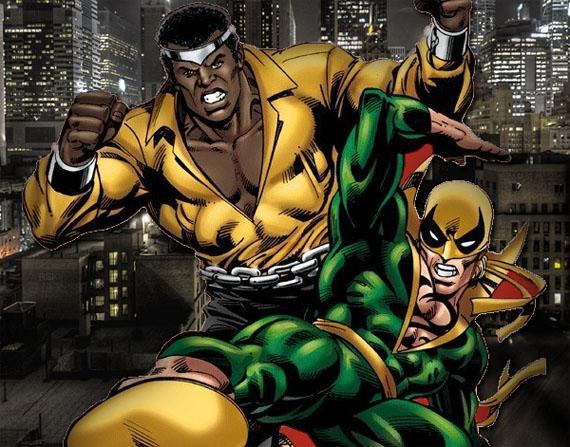 14. Luke Cage was the first black superhero with his own comic

Marvel was the first comic company to give a black superhero his own comic book.

Luke Cage made his first appearance in Luke Cage: Hero for Hire No. 1 in June 1972.

Some readers noticed the word SEX being hidden in the background art of Ethan Van Sciver’s New X-Men #118, but only after an article in Wizard the general audience took a closer look and in fact the secret message has been discovered 18 times.

See if you can spot the word hidden in the panels below: 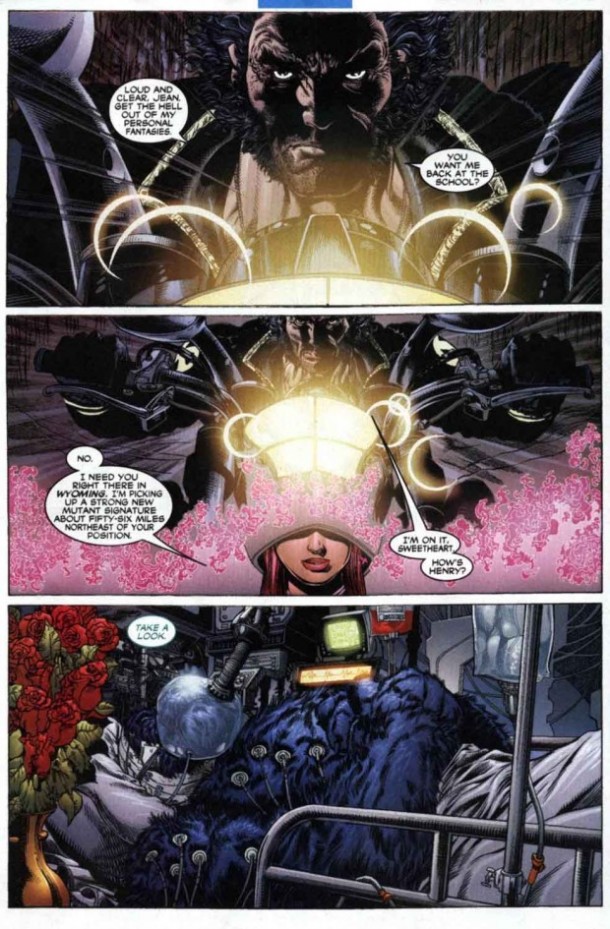 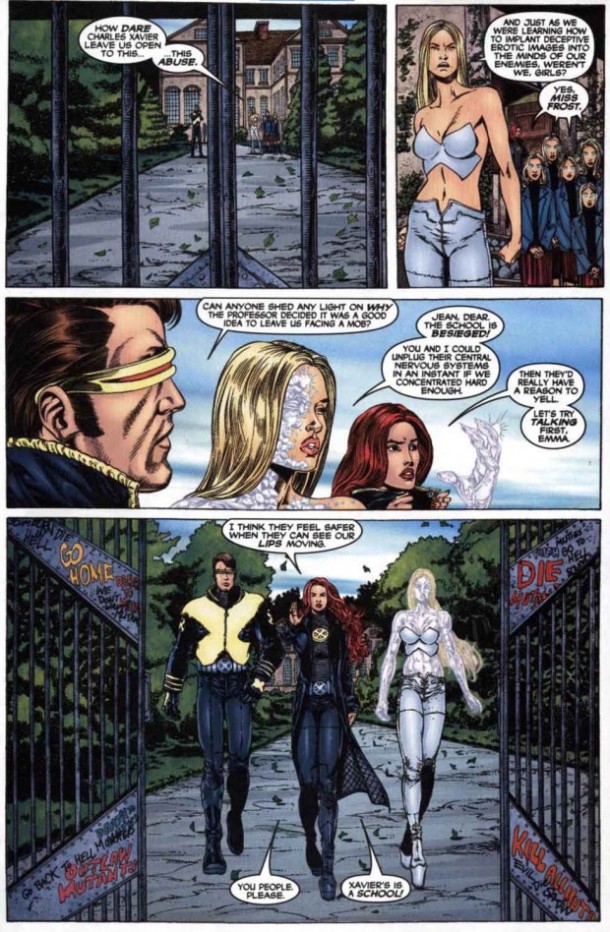 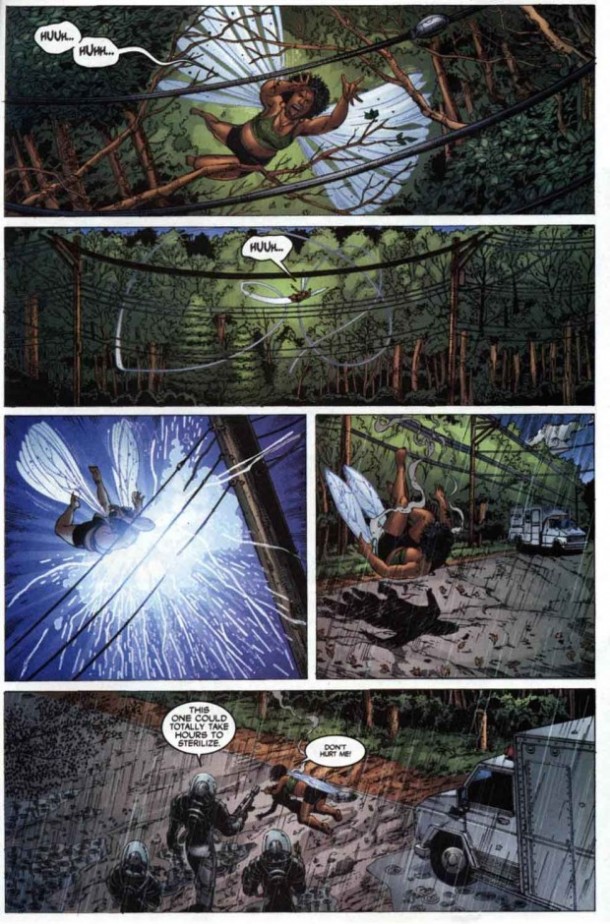 Did you know these Marvel Comics facts?