Home > Movies > Did Heath Ledger Get His Inspiration For Joker From Tom Waits?

Did Heath Ledger Get His Inspiration For Joker From Tom Waits? 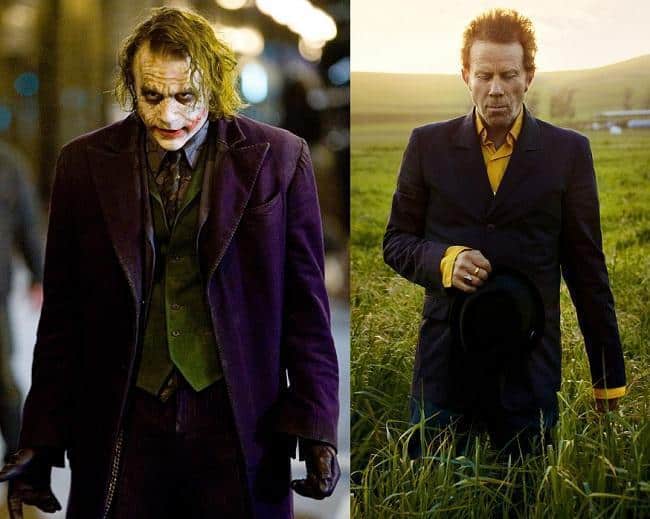 When you watch this clip of actor Tom Waits, it becomes very apparent that Heath Ledger based his amazing Joker performance on the music legend. While he might have drawn inspiration from other dark places too, this one particular 1979 interview (on the Australian talk show The Don Lane Show) must have been high on his list of influences.

Few performances are as memorable as Heath Ledger’s Joker in The Dark Knight, a role which earned him a Best Supporting Oscar.

The mannerisms, the laugh, the voice, the dress code, the smile and the strangeness… it’s all there. It’s not too much of a leap.

In a 2007 interview, while discussing Joker, Ledger described his preparation for the role in Christopher Nolan’s The Dark Knight:

“It’s a combination of reading all the comic books I could that were relevant to the script and then just closing my eyes and meditating on it. I sat around in a hotel room in London for about a month, locked myself away, formed a little diary and experimented with voices – it was important to try to find a somewhat iconic voice and laugh. I ended up landing more in the realm of a psychopath – someone with very little to no conscience towards his acts. He’s just an absolute sociopath, a cold-blooded, mass-murdering clown.”

What do you think? Is there some of Tom Waits in Heath Ledger’s Joker portrayal?