Home > Gaming > God of War: What Other Gods Should Kratos Fight? Which god should God of War‘s Kratos face next?

After virtually annihilating the Greek pantheon, Kratos is in dire need of new challengers. The perpetually enraged protagonist has already engaged the Norse gods in 2018’s God of War revival – but why stop there when there are so many pantheons available for him to beat?

Mythology is truly a fascinating subject: different cultures around the world came up with fantastical explanations for natural phenomena – and Kratos will be there to kick their divine behinds.

Let’s take a look at which mythological entities Kratos could be beating up next in the God of War franchise. 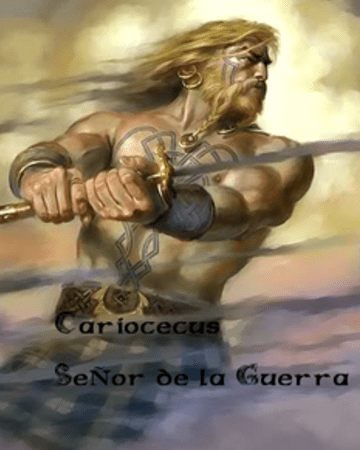 Not much is known about Cariocecus. The cult of this ancient war deity originated in the Iberian tribe, which was a group of people that now inhabit what we know as Spain. What little we know about this god is that he eventually became syncretized with Mars and Ares – two of the most well-known gods of war.

It is said that human sacrifices were offered to Cariocecus and that priests of the Lusitanian tribes would cut open prisoners and use their innards for divination in the name of this god. A truly frightening figure that could easily be incorporated into Kratos’ mythos. 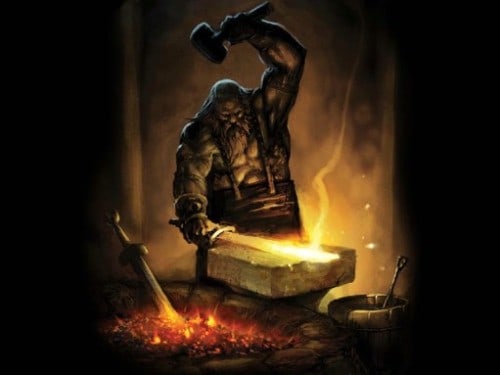 A deity who began as a god of fire, Hadúr eventually became the god of war for the early Hungarian tribes. The son of the Golden Father and the Dawn Mother, this god played a central role in the pantheon of the Magyar. He’s also been linked to other Greek gods like Hephaestus due to his status as the blacksmith of the gods.

Kratos is no stranger to war, and neither is he to war deities. Though the Magyar culture is a bit obscure when it comes to popular mythological figures, Kratos has never been one to be picky about who he fights.

Inanna is somewhat unique among the mythologies of the world in that not only is she the goddess of war – she also represents love, war, justice, power, and sex. Looking back at it and how the first God of War games used to have infamous love scenes, Innana might be the closest we’ll get to a female version of Kratos.

She’s also been known as Ishtar, which is the name the Babylonians and Assyrians gave her. Who knows, maybe Kratos wouldn’t have too much reason to fight Inanna, and she might become a companion in his travels – after they had a good ol’ scuffle.

This might be one of the most confusing gods on our list. Irmin has been considered to be the god of war of the Teutonic people and also the main god of the Saxon pantheon. However, things get complicated when it comes to his name.

“Irmin” is believed to be the same deity as Yggr, which is another name given to Odin. Knowing that a confrontation between Kratos and Odin is bound to happen, maybe we’ll get to see the Ghost of Sparta beating the heck out of Irmin pretty soon. Also known as the Queen of Night, Ereshkigal was the Sumerian goddess of the underworld and death. Represented as a winged woman, Ereshkigal ruled over Kur, which was pretty much the Sumerian version of hell.

Kratos has spent some time in the Greek underworld, and even beat Hades at his own game. It wouldn’t be too surprising to see him dealing with another deity of death, regardless of mythology.

A pagan Celtic god of pre-Christian Ireland, Chrome Cruach has always been related to the dark side. For one, there are records of human sacrifices made in his name, which also happens to have some macabre connotations in the Old Irish language.

Kratos would need to take a page out of Saint Patrick’s book to take on this deity, as Ireland’s patron saint is said to have defeated the followers of Crom Cruach. 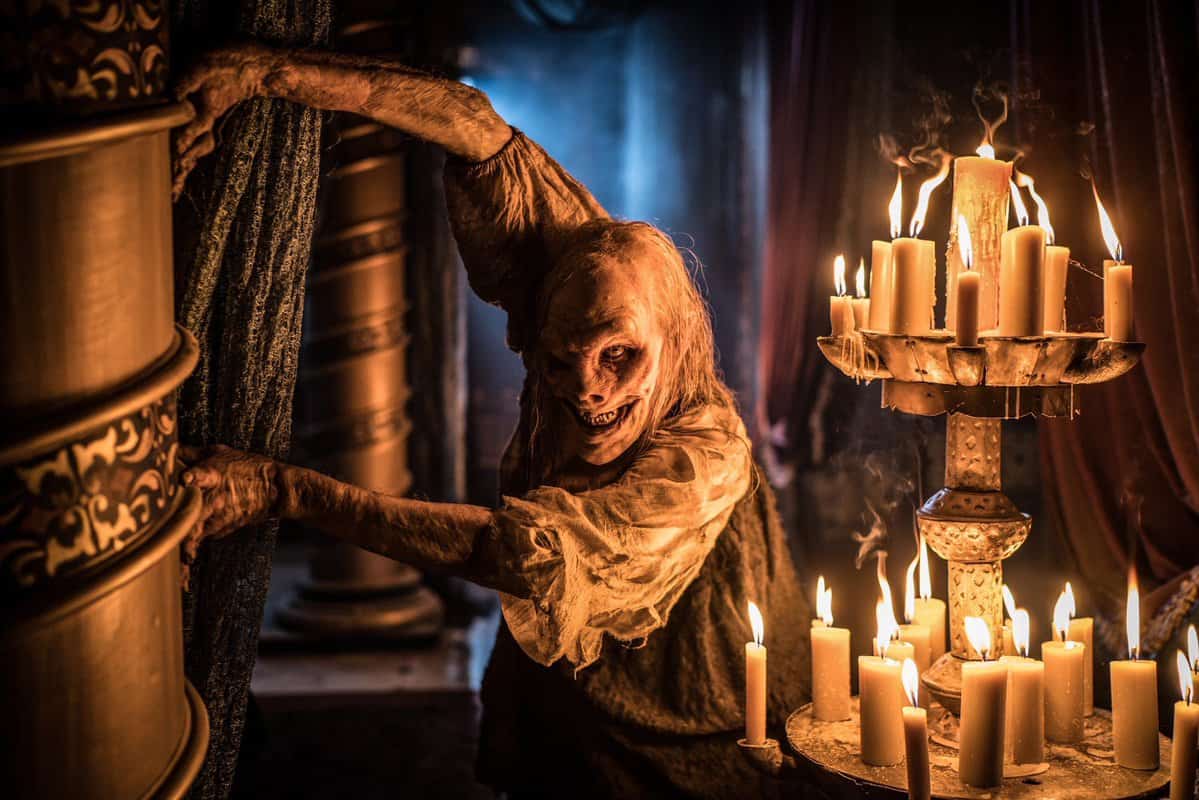 Ok, maybe Baba Yaga is not precisely a deity, but that has never stopped Kratos before. The Spartan has faced the Kraken, hydras, cyclopes, valkyries, and other minor mythological figures, so he should have no problem facing Baba Yaga.

This creature has appeared in many video games in recent years, to the point that it’s almost baffling that she hasn’t appeared yet in the God of War series. A terrifying monster of Slavic folklore, Baba Yaga is represented as an old woman that lives on a hut that moves on chicken legs.

Known for his strength and dedication to the law, order, and power, Lugh is one of the most prominent gods in old Irish mythology. His son, Cú Chulainn is also a revered hero of Irish mythology, and both of them would be worthy adversaries for the God of Sparta.

Lugh has been equated with Apollo: a Greek god that Kratos has already taken care of. A battle between Kratos and Lugh would be a decidedly epic event and could work as the conclusion to a new chapter in his life, one where he decimates the old Irish pantheon.

Aztec mythology has been criminally overlooked in video games. One aspect to keep in mind about the Aztecs is that they’re well-known for their human sacrifices, and Tezcatlipoca is no different.

A deity of many things, Tezcatlipoca was feared even by the Aztecs, as he usually represented discord, jaguars, and hurricanes. Just the kind of guy that Kratos would love to punch.

A Mayan bat deity, Camazotz is related to all things dark, including the night, sacrifice, and death. He’s even mentioned in the Popol Vuh, which is one of the most popular creationist legends of the Mayan people.

Kratos would absolutely have a hard time fighting Camazotz, especially because they live on entirely separate continents. Of course, geographical differences have never got in the way of Kratos and his fury before.

An enigmatic figure from Celtic mythology, the Morrigan is usually seen as a deity that’s linked to war and fate and can be both a harbinger of victory and disaster. Some historians believe that Morrigan also played a part in Arthurian legends, and that’s a setting that also would be great for Kratos.

Also known as the Phantom Queen, Morrigan would be a worthy adversary for the Ghost of Sparta.

For a while, many fans believed that Kratos’ next adventure after God of War III would take him to Egypt. It made geographical sense, after all, not to mention that the Egyptian pantheon is one of the most easily recognisable of all.

If we ever get to see Kratos fighting the Egyptian gods, one of the first ones that would need to go would be Osiris, the god regent of the afterlife. However, before Kratos could reach him, he’d also have to take care of Anubis, which would ensure an epic double confrontation in the Egyptian underworld.

Baal is one of the most recognizable faces of Canaanite mythology, even if today he’s not remembered as a god at all. Most people in modern Judeo-Christian religions know Baal as “Beelzebub,” one of the most feared and powerful demons of all.

However, Baal wasn’t always seen as a demon. He was Zeus’ counterpart in the Levant region and was venerated as a god of fertility and prosperity. That said, he’s also related to conflict and war, which would put him right into Kratos’ path.

2. Ra –Egyptian god of the sun

Continuing the idea of Kratos facing the Egyptian gods is one of the most important mythological figures of ancient Egypt: the god of the sun, Ra. Believed to be the ruler of all, the cult of Ra changed the way we understand ancient Egyptian mythology, especially since he fused with the god Amun and became Amun-Ra.

As we’ve seen before, Kratos has no issues beating up gods that aren’t explicitly violent. Ra, being the leader of the Egyptian pantheon, would easily become a target of Kratos’ fury, so he better be prepared for a fight if Kratos ever sets foot in Egypt.

Generally speaking, gods are associated with positive aspects of nature. Even those gods that are linked to things like famine and chaos usually have a brighter side to them – but that’s not the case with Chernobog.

The god of bad fate in Slavic folklore was feared all over ancient Germany, even if some historians still dispute if the deity even existed. Seeing such a sinister figure in a duel with Kratos would be undoubtedly awesome, and considering that the God of War is currently exploring colder climates, he might run into Chernobog sooner than later.

Tell us, which gods would you like Kratos to fight against next in the God of War franchise?