Which Manufacturer Will Be The First To Launch The Folding Smartphone? 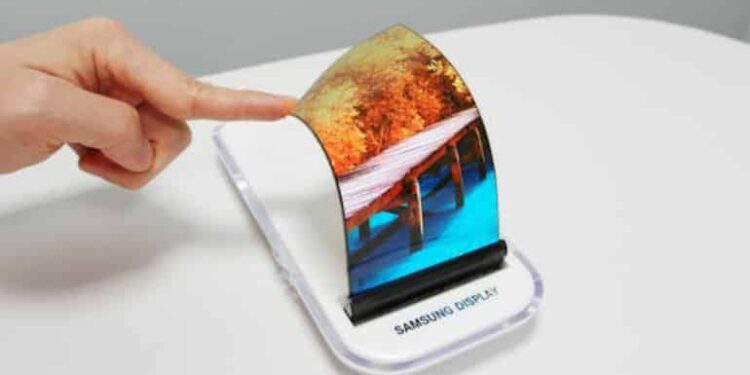 In recent weeks one of the hottest topics in the tech industry, more specifically for smartphones, has been the discussions around the Folding Smartphone. The bendable screen has already been released commercially to the market for some time now, but no manufacturer has managed to take full advantage of the technology to make a fully-fledged smartphone for consumer use. That said, engineers from the respective OEMs are still frantically working away at fine-tuning designs for the technology to have a significant use over conventional smartphones in order to make it an alluring purchase for consumers, especially considering the expected price increase as a result of the technology.

Smartphones haven’t changed much over the last 10 years, with changes to the screen size, removal of physical buttons, and reduced bezel over time. As such, the new folding smartphone is expected to bring a lot more to the table than the standard smartphone, which is why it has to offer some kind of new functionality to consumers to make the technology worth all the resources thrown at it over the years. The list of OEMs throwing their hats into the ring has grown sometime, and sparked fresh life into the industry. It’s no surprise that the likes of Samsung, Apple and LG have been the forerunners when it comes to the latest rumour mill, but there are a few surprise players that have joined the fray. The company is so worried that they will lose the advantage when it comes to releasing the first commercial folding smartphone to the market that it did the unprecedented – their CEO, DJ Koh, officially announced that the company were hard at work and close to releasing their version of the flexed screen smartphone in the form of the Samsung Galaxy F (possibly for Galaxy Flex). As with the Galaxy F, we’ve also previously featured the rumoured Apple iPhone Flex on FoS, as it has been making the headlines in recent weeks. Unlike the concept design of the Galaxy F, which folds away into a smaller device, the concept view of the iPhone Flex is that the standard 5″ display would fold open to reveal a larger, 8″ display, effectively turning the device into a tablet. Apple filed the original patent for their folding smartphone back in February 2017, although the company has been working on the designs a lot longer than that. As with the Samsung, another Korean-based OEM, LG, is working hard to develop their version of the folding smartphone. Their device received a patent with the following phrase: “This is a design for a mobile phone with a flexible display, which can be folded in half.” Based on the designs alongside, the patent reveals the device would fold open to reveal a larger device, rather than fold in half for a smaller screen. Interestingly, the design highlights a screen on both the outside and inside of the smartphone. Huawei have been competing against the likes of Apple and Samsung for many moons, often times going straight for a design copy for one or two devices, with the latest P20 device including a similar ‘notch’ on the bezel free screen as featured on the iPhone X. The company is doing quite a lot in this space to release the first folding smartphone to market, aimed at beating both Samsung and Apple, alongside other players. Another Chinese manufacturer, ZTE, sparked the race with their own foldable device, but instead of a single, flexible screen, its device featured two separate screens joined by a centre hinge to create a look of a larger screen. Huawei has already partnered with local supplier, BOE – who have had numerous design showcase events for their flexible displays – for their flexible OLED panels, aiming to launch their product in early 2019. Another of the surprise entrants to the competition is the Sony Xperia smartphone, codenamed Sony Xperia Flex. Sony has been a leading display panel manufacturer for quite some time now, using the technology in both the Bravia TVs as well as their Xperia smartphones. So it’s no real surprise that the team have the capabilities to compete with the likes of the rest of the pack. What’s really cool about its folding smartphone entrant, is that the rumoured design is based on the PS4 design when the smartphone is folded away. The edges, too, is said to feature a display or two, which means you’ll still be able to view information such as time and caller details when the device is folded. While Microsoft is no stranger to the smartphone or tablet world, it is surprising that the team is back in the mobile business. But unlike the rest of the OEMs featured, the company’s aim is to develop a folding laptop as part of its Surface range. As showcased by MSPowerUser, the patent logged for the device indicates a switch between laptop and tablet modes by means of a newly developed hinge. The hinge will detect how the screen is positioned, switching from a laptop when the secondary screen is somewhat upright, and into a tablet mode when it’s released to lie flat.

The cool thing about all the new folding smartphone is that it offers a lot of features when it comes to how the OEMs design their screens. For starters, they can choose to follow the same look and feel of the modern smartphone, with the capability to fold away to take up less real estate in your pocket or handbag. Companies can also choose the alternative option to keep the same sized smartphone, which then opens up to form a larger smartphone or tablet. This, effectively, could remove the conventional tablet from the market, after having suffered numerous declines year on year. Flip phones will be back with a bang come this time next year. So, the ball is really in the court of the OEMs to let their design teams’ imaginations run free in creating the new wave of smartphones to enter the market, most likely in 2019 and beyond.