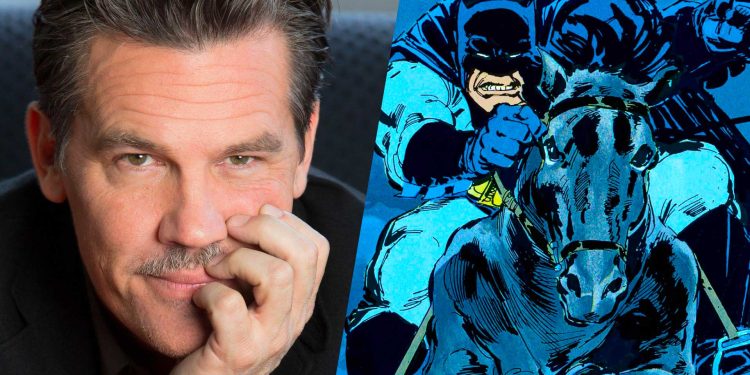 Pop quiz time! How many Batmen can you fit into the DC Universe? The answer is plenty. With the multiverse in full flow, it could even introduce Josh Brolin as Batman in a live-action adaptation of Frank Miller and Klaus Janson’s The Dark Knight Returns.

There was a time above… A time before Batfleck

In the casting process for Batman v Superman: Dawn of Justice, Zack Snyder met with several actors for the part of the Dark Knight. One of the marquee names was Josh Brolin, who went on to play Cable in Deadpool 2 and Thanos in the MCU. On a recent appearance on the Happy Sad Confused podcast, Brolin confirmed a few interesting details about his meeting with Snyder for the role.

The actor revealed that it was Snyder who decided he wasn’t right for the part—not him. Speaking about the pitch, he said his version “would have been the older, more raspy Batman, for lack of a better word.” He added that he would have enjoyed playing the role and joked about doing it again when he’s 80.

Josh Brolin is perfect for The Dark Knight Returns

While it’s clear that Batman v Superman was inspired by the classic comic book story, it deviated from The Dark Knight Returns in significant areas. For one, Ben Affleck’s Batman had never retired from crimefighting; he’d only become jaded by his efforts not changing the city. And two, it didn’t take place in a hellish (well, more than usual) version of Gotham City where the Mutants had taken over and most of the original villains had called it a day.

At the time of writing, Brolin is 54, which is a year younger than Bruce Wayne was in The Dark Knight Returns. While there isn’t much of an age difference between Affleck and Brolin, it’s clear that the latter looks more like the mature Wayne than Affleck does. Playing this kind of older Batman requires an actor capable of sitting in absolute silence and conveying a stern and calculated approach. This is something that Brolin has mastered in numerous roles, as he’s a performer who says a lot without saying a word.

The likelihood of Josh Brolin’s The Dark Knight Returns happening

Discovery has now taken over WarnerMedia, and according to Variety, changes are afloat. Reportedly, Warner Bros. Discovery CEO, David Zaslav, is a fan of what Joker did, in the sense that it worked as a standalone and independent of the main universe. (It also probably helped that the film made over a billion dollars.) As a result, don’t be surprised to see more standalone properties being adapted in the DC Universe.

In 1986, The Dark Knight Returns was published as a miniseries that didn’t interfere with the main Batman book. It worked outside of canon, and so could a live-action adaptation of the story. Brolin’s Batman doesn’t need to be connected to the DCEU or even Robert Pattinson’s Batman. Instead, he could star in a one-off feature that adapts an iconic tale and it’s done.

Better yet, why not turn it into an HBO Max series? The streaming service will be home to DC in the future and it needs shows to draw extra eyeballs, and what would be bigger than a once-off Batman miniseries starring Brolin as the Caped Crusader? Marvel and Disney+ have designed a formula with series like Hawkeye and Moon Knight where they’re designed to only last a season. DC could learn from this and expand the approach by adapting popular stories in this miniseries format. Makes sense, right?

Tell us, would you like to see Josh Brolin star as Batman in an adaptation of The Dark Knight Returns for HBO Max? Let us know in the comments section down below.