Have You Ever Wondered What Comic Book Barcodes Actually Mean? 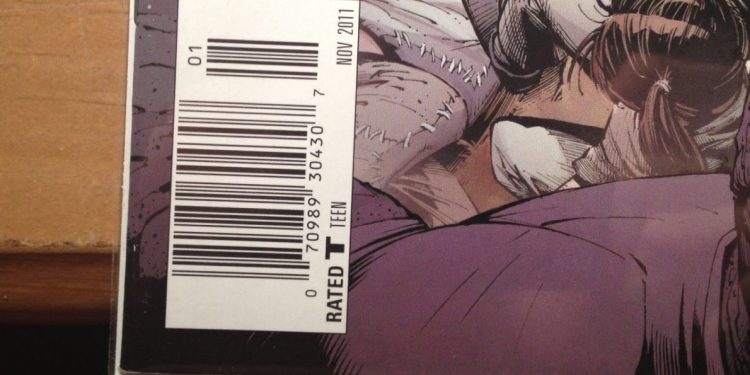 There is in fact quite some history to comic book barcodes, and for a short period of time, bar codes were the talk of the town in the industry.

Let’s start with a brief explanation of what barcodes are. Barcodes are very simply digitally readable codes by which a store’s computer system can quickly identify the exact product being scanned. This applies to all books, products, and other retail items. This technology is used extensively through the South African for essentially anything that can be sold in a store.

In the late seventies and on into the eighties, barcodes emerged onto the scene in the US and South Africa, and sure enough companies like Marvel and DC joined in with the rest of the crowd and started to use barcodes on their front covers. However, here’s the trick: they, in fact, did not use them on all their editions simultaneously. For a few selected editions of Marvel and DC publications, like the X-men one shown in the picture below, they purposefully crossed out the barcodes. A further few editions, in fact, had their barcodes replaced by a picture of Spiderman or Batman. I went digging into the root cause of this mystery and eventually found out why. Images: Two comics showing the barcodes crossed out or replaced with a picture.

Back when barcodes were first invented, there were two main types of outlets where you could buy comics from. First, there was the standard comic book store, where enthusiasts could gather, buy and swap books in the way they still do today. Secondly, there was the newsstand, which sold them from the side of the street. Now each of these two establishments were equally important to the success of the industry, however, Marvel and DC had different rules for each of them.

To begin with, bookstores got a much better price from the suppliers. This was partly due to the large orders that they would place, but a lesser known fact was that they were not allowed to return unsold items to the supplier. I.e. once they had made the purchase, that was it, they had to sell it or keep it. In the case of the newsstands, the newsstand owner could purchase a large number of books, and return any that they didn’t manage to sell. So how does this relate back to barcodes? Well, the suppliers came up with simple, yet effective means by which to enforce these rules of who could return what.

When the suppliers took back unsold items, they would scan them into their storage warehouse using the barcode on the front cover. Therefore in order to stop the bookstores from returning their unsold books, they simply crossed out their barcode images and, in some rare cases, replaced the image of the barcode with a picture of one their hero’s. This difference between store bought and newsstand books became an excellent method by which the value of the item could be deduced. If you managed to track down a book with a barcode on it that was in good condition, it was considered infinitely more valuable than the editions without the barcodes. This was largely due to the fact that books bought at the newsstand tended to be less taken care of and were often thrown away, leading to the mass shortage of well looked after items.

So next time you open up your favourite comic book, spare a thought for the barcode that is on it, it may just have a big story to tell and could be the deciding factor on the value of your book in years to come! If you ever find yourself wanting to publish a book, CD or DVD at any time and are in need of a fully registered barcode. You can buy barcodes from SA Barcodes, South Africa’s number one seller of GS1 registered barcodes, equipment and printing facilities.