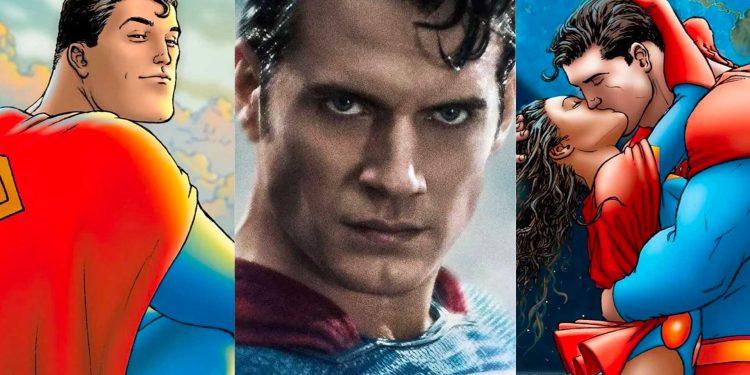 Fans have been asking for a live-action All-Star Superman movie adaptation for the longest time now. Will Warner Bros. make it happen?

Both the Marvel and the DC comics universes have something in common: they have alternate realities that, in some cases, are far superior to the mainline continuities they stem from. The main characters from ideas like Ultimate Spider-Man and Batman Beyond have become fan favourites partially thanks to them being unbound by the limitations of their mainline publications. Such is the case of the amazing All-Star Superman.

Considering Warner Bros’ ongoing quarrel with the idea of solo Superman films, some fans have been pointing out that this limited series could be the perfect story to see on the big screen. Indeed, a live-action All-Star Superman movie would bring the character back to the DCEU in full force, even if it’s just for a little while.

The plot of the All-Star Superman comics sees the Man of Steel facing his imminent death due to overexposure to the sun’s radiation. Before he goes, however, Supes attempts to make peace with the world by accomplishing some of the most heroic feats of his superhero career, The Twelve Labors of Superman.

Needless to say, the story of All-Star Superman is an emotional rollercoaster that brings fans, old and new, to the golden era of one of the most emblematic superheroes in comic book history. This return to the classic superhero formula might be why a live-action All-Star Superman movie sounds so promising to fans, and why it would be a great addition to the DCEU portfolio.

An All-Star Superman movie would kind of solve the situation where the DCEU finds itself right now. On the one hand, it would offer a new take on Superman: just what the cinematic universe needs if they’re aiming to replace Henry Cavill in the franchise’s mainline continuity.

Besides, All-Star Superman would give the Man of Steel a proper send-off that has been lacking in the DCEU so far. Even though Batman v Superman tried to make a Death of Superman storyline, die-hard DC fans would agree that an All-Star Superman movie would be much more emotionally significant, not to mention that it would be much more in line with Zack Snyder’s vision for the whole DCEU.

All-Star Superman offers a timeless take on the Man of Steel legend that would stand just as well on its own as it would inside the main DCEU. Technically speaking, a live-action All-Star Superman movie would be similar to Todd Philips’ Joker, in that both would be standalone stories that offer a character study approach to some of DC’s most iconic characters.

In an era when superhero movies are more popular than ever, it would be great to see a new take on a classic character – one that elevates the morals and the iconic elements that made them so heroic in the first place. Superman has not had his own film franchise since the eighties, and it’s almost criminal to hear how Warner Bros believes that there’s no interest to see a new standalone film starring the Man of Steel.

Giving fans the live-action All-Star Superman movie they deserve would surely reignite the popularity of the world’s most famous Kryptonian. Maybe that could be the perfect incentive for the DCEU to start a new alternate multiverse featuring stories from the All-Stars series. That would give the DCEU another edge over the MCU and its cookie-cutter approach to storytelling.

This new series would explore a Superman that fans rarely see before: a mortal man with an immortal legend to tell, just what Superman was always intended to be.

Tell us do you want a live-action All-Star Superman movie?