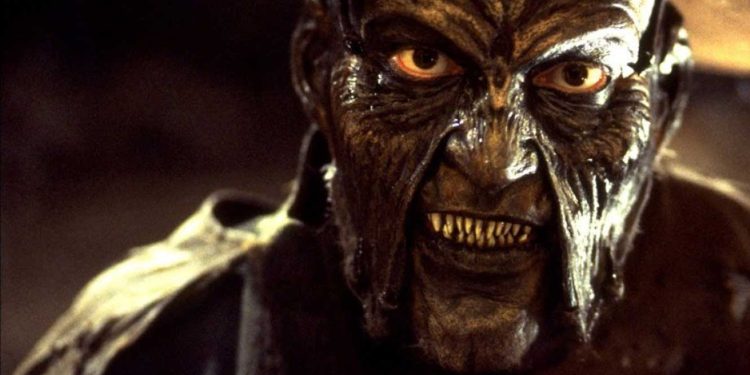 Freddy Krueger. Michael Myers. Jason Voorhees. Pinhead. Dracula. Horror movie villains. These are the names that strike fear into the hearts of moviegoers across the world (and created franchises that Hollywood has milked until the udders are raw). Yet, there are many more terrifying characters that haven’t always received the attention they deserve.

Here is our pick of the five most underrated horror movie villains:

Still to this day I refuse to stand in front of the mirror and say Candyman five times. Apart from the disturbing urban legend, how can you not be afraid of an immortal monster with a bloody hook for a hand and bees living inside of him?

It’s surprising how in the era of reboots, no one has attempted to revive the Candyman again – or maybe they’re scared of the dreaded fifth sequel and his name being said for the fifth time?

The Creeper is one ugly creature that eats body parts and likes to disguise himself as a scarecrow. Not only should that scare the pants off you, but this thing also possesses super strength, speed and the ability to regenerate by devouring a specific body part. Probably the only way to defeat it is to remove its head and trick it into eating a Kardashian’s brain. The Omen’s Damien Thorn was the son of Satan and Antichrist, so he at least had a reason to be about as horrible as the average 10-year-old at a Ster-Kinekor theatre on a Saturday morning. However, Joshua was a child prodigy who hated his baby sister (like most boys his age do) and became a sociopath (like most boys his age don’t do). This demented kid ended up becoming a sociopath who killed his grandmother, made his parents go mad and put Hannibal Lecter to shame.

Kathy Bates turned in a masterful and haunting performance as Annie Wilkes in the film adaptation of Misery. She was brutal, insane and absolutely brilliant as she made Paul Sheldon (James Caan) suffer like he should’ve for allowing such dreadful book covers to be printed. She was so convincing that when you think of nurses as agents of torture, you will undoubtedly always remember Wilkes along with the nurses from the South African public hospital system. How many of us are terrified of going to the dentist and having to hear the shrilling sounds of the drill and seeing the maniac revel in our pain? Well, if you are, you should never see The Dentist film series. It’s the story of a dentist, Dr Alan Feinstone, who goes off the deep end after he catches his wife sleeping with the pool boy. Inexplicably, he takes out his marital woes on his patients by mutilating and killing them. What’s probably most frightening is that it’s a story that is all too plausible – just one bad day and your mandible is toast!