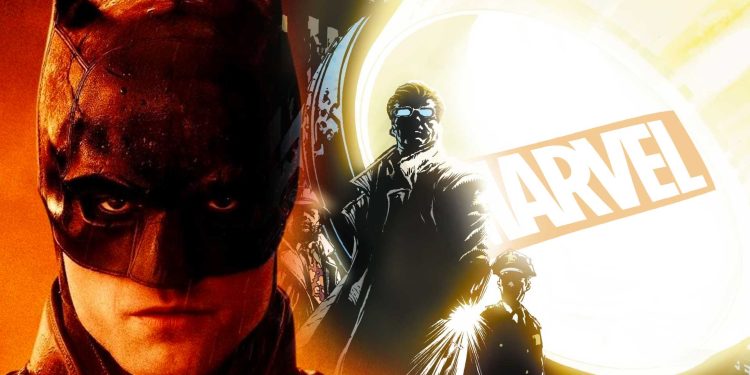 Without a shadow of a doubt, Batman is the heart and soul of DC. Every major comic book event features the Caped Crusader as a major catalyst and there are more Bat-books released on a weekly basis than for any other hero. Looking over at the competition, who can be considered Marvel’s Batman? Now, we’re not talking about sales or popularity, since that honour would fall to Spider-Man, but in terms of tone and characteristics.

When Disney+’s Moon Knight was announced, many pundits and fans proclaimed the show as the arrival of Marvel’s Batman in the MCU. But is it an accurate assessment? Let’s take a closer look.

Moon Knight. The name alone sounds like the perfect companion to the Dark Knight. Plus, how often have you seen the images of Moonie leaping from rooftops in the dead of night? It also helps that the Fist of Khonshu knows how to throwdown and pack the emergency rooms with the bloodied bodies of thugs and very bad peeps—much like a dude dressed up as a giant bat in Gotham City.

Yet, when it comes down to the nitty-gritty, Moon Knight isn’t Marvel’s Batman at all. Most importantly, Marc Spector has powers bestowed on him by the Egyptian mood god Khonshu, so he already has an advantage over Batsy whose only superpowers are a lot of money and a production line of Robins. Additionally, Moon Knight’s stories are equally about Spector’s dissociative identity disorder and his various identities as they are about the cape affairs. There might be an argument that Bruce Wayne is the true mask of Batman and it’s also somewhat of an identity crisis for the character; however, Batman is fully aware of which mask he has on, which can’t always be said for Spector.

What about Iron Man?

A billionaire playboy who decides to pump his money into his gadgets and a battle suit instead of buying silly social media networks: Who are we talking about here? It could easily be a description fitting for both Batman and Iron Man. Much like Wayne, Tony Stark has shown that his brains and ability to solve problems are what make him a valuable ally in any fight. Similarly, they don’t always play well with others, as they tend to be bossy boots and want to control teams on their own terms.

However, there’s a big difference between Iron Man and Batman: Stark doesn’t mind his real identity being known. He embraces the playboy aspect of his personality and seems to have a stable life as both a hero and renowned public figure. Batman has a martyrdom complex where he feels as if he needs to sacrifice for the greater good of the world. As a result, Wayne is a lonely and isolated figure. Stark believes he can have it all, and tries to do so. So no, he isn’t Marvel’s Batman.

But what about Daredevil?

Daredevil and Batman are two characters that were changed through the writing of Frank Miller. While there were many high-quality stories before Miller took over the comic books, the writer modernised them into the grittier heroes we’re more familiar with nowadays through tales such as The Dark Knight Returns and Born Again.

The Miller link aside, they also share a few common and important traits. They’re self-righteous, stubborn, and believe in a code. While several people might argue with their methods or approach, they’re at least consistent in what they believe in. Also, there’s the little fact that they trained with ninjas: Batman with the League of Assassins and Daredevil with the Hand.

Taking this into consideration, there’s simply no doubt that Daredevil is Marvel’s Batman. He might not have the Batmobile, but he has the billy clubs and those are better than any batarangs!

Tell us, do you think Daredevil is Marvel’s Batman? Let us know your thoughts in the comments section down below.