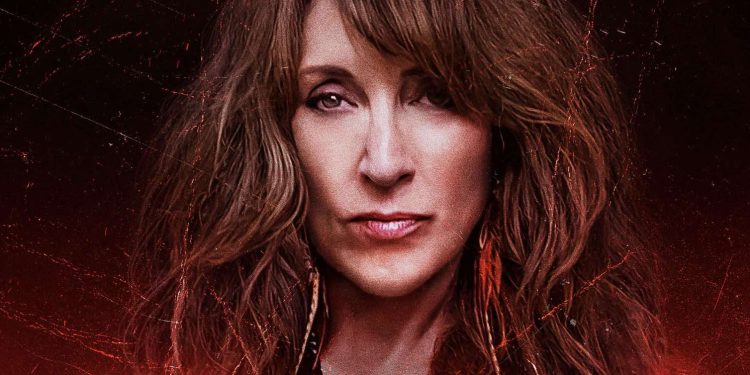 Horror comes in many forms. It could be a haunted house, a masked killer, or even a monster stalking townsfolk. However, the best kind of frights are the ones based on reality and human behaviour. Brea Grant‘s Torn Hearts is all about the price of fame, especially in country music.

What is Torn Hearts about?

Set in Nashville, Tennessee—the heart of country music—the film follows the Torn Hearts duo of Leigh (Alexxis Lemire) and Jordan (Abby Quinn), who are on the precipice of breaking out in the industry. The two decide to approach the reclusive Harper Dutch (Katey Sagal), who was a music icon as a part of the legendary Dutch Sisters until the death of her collaborator and sister, Hope. Torn Hearts believe that if they can convince Harper to record a song with them, they’ll be able to take their band to the next level. However, not everything is as it seems when they enter Harper’s home.

Why Torn Hearts terrifies in an unusual way

Torn Hearts doesn’t stick to the typical jump scares or gruesome hacks and slashes. In fact, it’s tough to pinpoint if there’s anything that’s visually scary in the entire film. What it does do well, though, is it gets in your head and under your skin. The film knows how to rattle and keep you uneasy throughout the bulk of its running time.

It isn’t only the terror of knowing that something doesn’t feel right about Harper’s home or the isolation that Leigh and Jordan find themselves in, but also the underlying questions that need to be dealt with. What is the price that someone is willing to pay for fame? Are they prepared to do whatever it takes and sacrifice everything for it?

The film nails the music industry

Too many movies paint out the music industry as a less cynical place than what it really is; Torn Hearts doesn’t. It showcases how sleazy, backstabbing, and exploitative it can be. It isn’t afraid to dive into the finer details, either, as it explores the interpersonal issues between band members who deal with equal amounts of insecurity as they do narcissism.

Rachel Koller Croft’s script has a tongue-in-cheek element to it, as it acknowledges the stars-in-their-eyes quality of the Torn Hearts, but it also isn’t afraid to get dirty and showcase the ugly side of band politics. If anyone has ever been part of a musical outfit, they’ll understand some of the arguments that Leigh and Jordan have about who is truly the star of the band.

Torn Hearts is a breath of fresh air

Correct us if we’re wrong here, but has there ever been a horror film that has focused on the country music scene as much as this one has? Torn Hearts is a unique horror concept that wanders down a path filled with jealousy and dangerous ambition. For the most part, it’s Lemire, Quinn, and Sagal carrying the film in a single location, and they do an outstanding job of keeping you guessing who the villain of the story really is here.

Blumhouse Television and EPIX’s Torn Hearts releases on digital on 20 May 2022.