The recently launched TomTom Go 5000 is the company’s newest in the premium range satellite navigation device. Launched as the little sibling to its bigger brother, the 6” Go 6000, the Go 5000 launched with updated software, which aimed to bring better features to TomTom’s line-up.

There’s nothing that really stands out from your average sat-nav device, especially when compared to many of the other TomTom offerings. That doesn’t mean to say that it’s not a solidly build unit, which it is. Although plastic, the unit has a premium finish for its curved rectangle design. The 5” screen takes up the majority of the front face, with decent size bezel around the display area, and a bevel frame surrounding that. The sides of the unit are empty, while the top houses only the power button. The bottom, although not overly complicated itself, houses the microUSB port, as well as TomTom’s propriety charging port, along with a few other labels and gaps to house the dock. The speaker fills up the majority of the space on the rear.

As already mentioned, the Go 5000 has a 5” screen, which is now a capacitive touchscreen, as opposed to the resistive touchscreen previously observed. This allows the unit to have more sensitivity to finger touch. The display, however, doesn’t warrant much positive attention, with a mere 480x272px resolution. Despite this, TomTom’s redesign of its interface makes for easy navigation and selection, but will never match the ease of use you’ve become accustomed to on your smartphone. While the resolution may be lacking, the display is still bright with vibrant colours that make it quite easy to see during midday drives when the sun is potentially at its brightest. Even the glare from the lower dawn and dusk sun are no match for the bright display.

Always Connected: This feature provides users with real-time traffic to help aid their route planning. When selecting the fastest route option, the device will take this into consideration. When using the device in free driving mode (without a plotted route) the traffic congestion is also displayed while driving. Users can pan across their intended route to see the flow of traffic ahead.

Advanced Lane Guidance: Many of South Africans roads don’t really require much thought when the sat-nav prompts you to turn left or right. There are, however, a few turns and highways that are a little confusing at times. The advanced lane guidance makes light work of this, painting a clear picture of the road ahead, and which lane you’re meant to be in to take the required turn-off. This was especially useful during heavy traffic when you need to plan which lane to be in ahead of time.

Quick Search: This feature provides the user with predicated locations without having to type the full address. This is very useful when searching for buildings and specific landmarks that don’t often have street addresses. The predications are almost immediate, and often pick out your destination within 3 or 4 characters typed.
Fully Interactive Screen: The Go 5000 offers pinch, zoom and swipe functionality onscreen, even while navigation is running. This allows users to see the route ahead if need be, while also being able to zoom in closer if you’re not quite sure.

3D Maps: The new 3D map displays buildings and landmarks as 3D objects onscreen. This makes it easier to spot exactly where you are and what you’re looking for. This feature works quite well on larger cities, and while there are a few buildings in smaller cities, it isn’t always available in suburbs for these cities. Driving in Johannesburg was much different to that in Port Elizabeth when it comes to the viewing of these 3D buildings. One of the first noticeable differences to the interface is how easily you become accustomed to it, with its intuitive design. Often the case on a few older models where users would spend some time getting used to the interface before taking it on a journey, anyone can pick up and set plot a route without too much thought. And even during navigation, the layout and icons are easily distinguishable with notices and distance notices easily understandable as well.

The menu, as stated, is pretty straight forward. Selecting the menu button from map-mode displays a search icon, home icon (once you’ve setup your home address), recent destinations, and your current route. On this same layout, you’ll also observe the date and back button on the top left corner, battery status on the top right, volume adjuster at the bottom, and two icons on the bottom left, the voice cancel and night-mode icons. Swiping left to the right of the screen reveals further options in My Places, My Routes, Voice Control, Parking, Petrol Station, and TomTom Services, with smaller icons in the form of the settings, help and menu edit buttons. In previous devices, some of the functionality were hidden behind sub-menus, which wasn’t always ideal when in a rush to find parking or a petrol station for instance. These have been given their own icons for easier navigation, and can even be accessed while continuing your current route.

Earlier I touched on the display’s poor resolution, which turned out not to be such a hindrance with the new interface. What the lower resolution display also aids is performance, with no large image rendering to perform chipping away at the computational power. Rendering of maps and navigating through menus aren’t butter smooth, but there aren’t many lags and jitters to speak of. This is important while driving, as a change in direction always meant a second delay in rendering the image on the map, which isn’t the case on the Go 5000. I was quietly impressed by the Go 5000. Having taken to the long road during the review period, the unit suggested a route I’ve never taken previously, different to any of the other three routes I alternate between. Although a little nervy to start off with, being almost 500KM of road I have not travelled, the end result was a saving of near 150KM in travelling distance with very little traffic, and absolutely no trucks either.

While I figured that other TomTom devices would possibly offer the same route, the Go 5000 has quite a few positives over many of the other units. The feature set is quite large for a sat-nav device, along with slick performance. With the rise of navigation options by means of smartphones in recent times, one would expect the dedicated satellite navigation market to be dwindling. That said, what the dedicated units have is a much more solid product, the best of which lies in its ability to connect to the required satellites and find your location within most building and parking lots, something I always found tricky, and almost non-existent on a smartphone.

What is tricky about the TomTom Go 5000 is the cost. At R4,399 it isn’t the most affordable, coming in a price range of the modern mid-range smartphone. That said, the Go 5000 does its job really well, which made travelling a lot easier for me, something I never achieved with the likes of Google, Bing, or Nokia Maps. The unit remains a necessity for users who travel quite a bit, especially in foreign territory or between cities. 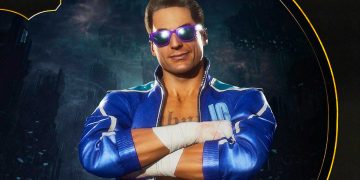 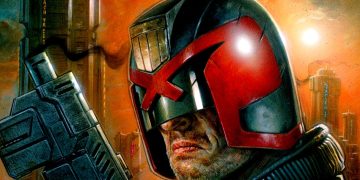