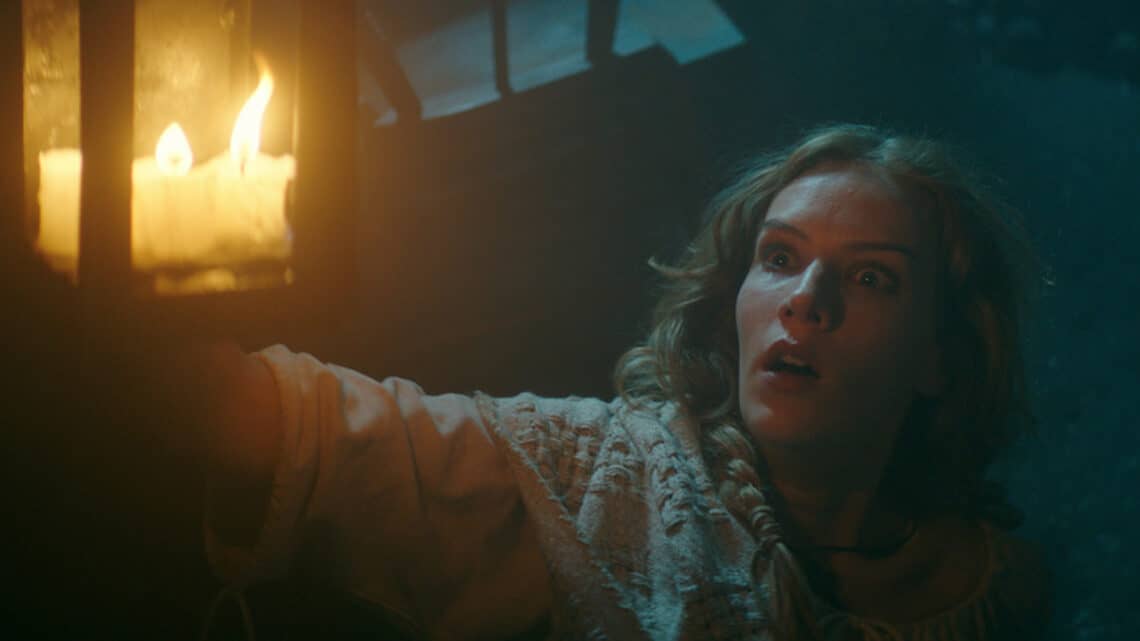 Is Neil Marshall‘s The Reckoning the type of film you’ll watch over and over again? Maybe if you’re a sadist. In fact, it’s no wonder that there’s been such a harsh reaction towards it, because this horror is plain brutal—both psychologically and physically.

On the surface, it might seem like any other story about a woman who’s wrongfully accused of being a witch in the 1600s when it’s actually the plague putting people in the ground. But it’s what follows that messes with the mind. Not only do we witness Grace (Charlotte Kirk) descend into madness, believing the Devil (Ian Whyte) himself is using her, but she’s also tortured in ways by Judge Moorcroft (Sean Pertwee) that’d make splatter junkies squirm.

Ironically, many reviewers have turned against this movie because of its depiction of violence and misogyny. While it’s understandable to see where those criticisms stem from, it’s also essential to dig a little deeper under the surface. The Reckoning is more of a warning sign about current times hidden in a vicious occult tale. You’d think that humanity would’ve learnt from its past that you can’t go around on witch hunts and peddling suspicion as fact, but it’s just happening in other ways today. 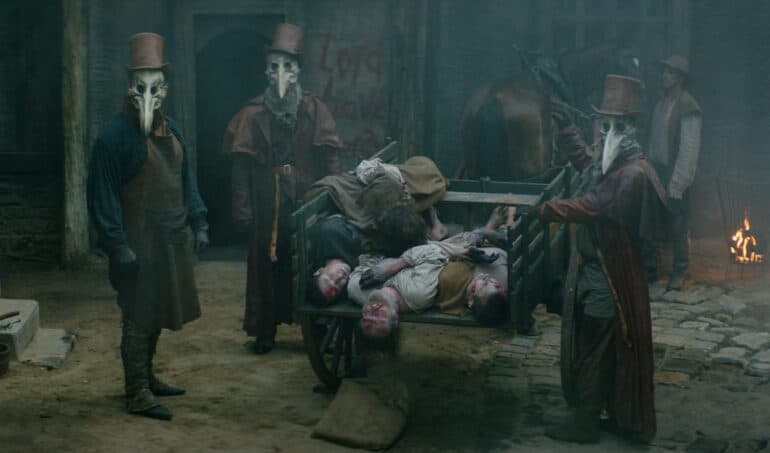 The film twists and torments as a harrowing reminder of the serious harm that humanity is capable of if it’s allowed to spread lies, fake news and unsubstantiated claims unchecked. Equally worryingly is the number of people who’ll convince themselves they’re right (at the cost of another’s life) just to save face and to not be seen as an outlier. No matter the evidence of the contrary in front of them, they still favour irrationality.

Even though The Reckoning was shot before the pandemic, it feels very much like a metaphor for the world’s situation. There’s empirical and scientific evidence of what’s happening, i.e., the plague, but there are still people who’ll deny it because they refuse to accept that they might be wrong. Even worse is how they’re more than willing to send others to their demise to justify their debatable beliefs, i.e., pointing out witches as the cause of the plague. Doesn’t it remind you of Chad from high school who’s suddenly an expert in vaccinology?

But what’s the lesson at the end of the day? Everyone loses. And in The Reckoning, it’s particularly brutal damage. Whether it’s the loss of humanity or the sickening torture that Grace endures, you can’t help but feel this could’ve all been avoided if the whole premise of a “witch hunt” had been seen for the foolish action it is.

As said before, The Reckoning will not be a title that you’ll rush to watch again. It isn’t even the best in its genre—far from it, with some clunky and messy storytelling. What it is, though, is an uncomfortable glimpse into how humans are the real monsters that do the most unjust things to each other—and that can truly feel like Hell.