Home > Movies > The 10 Most Disgusting Movies Ever Made 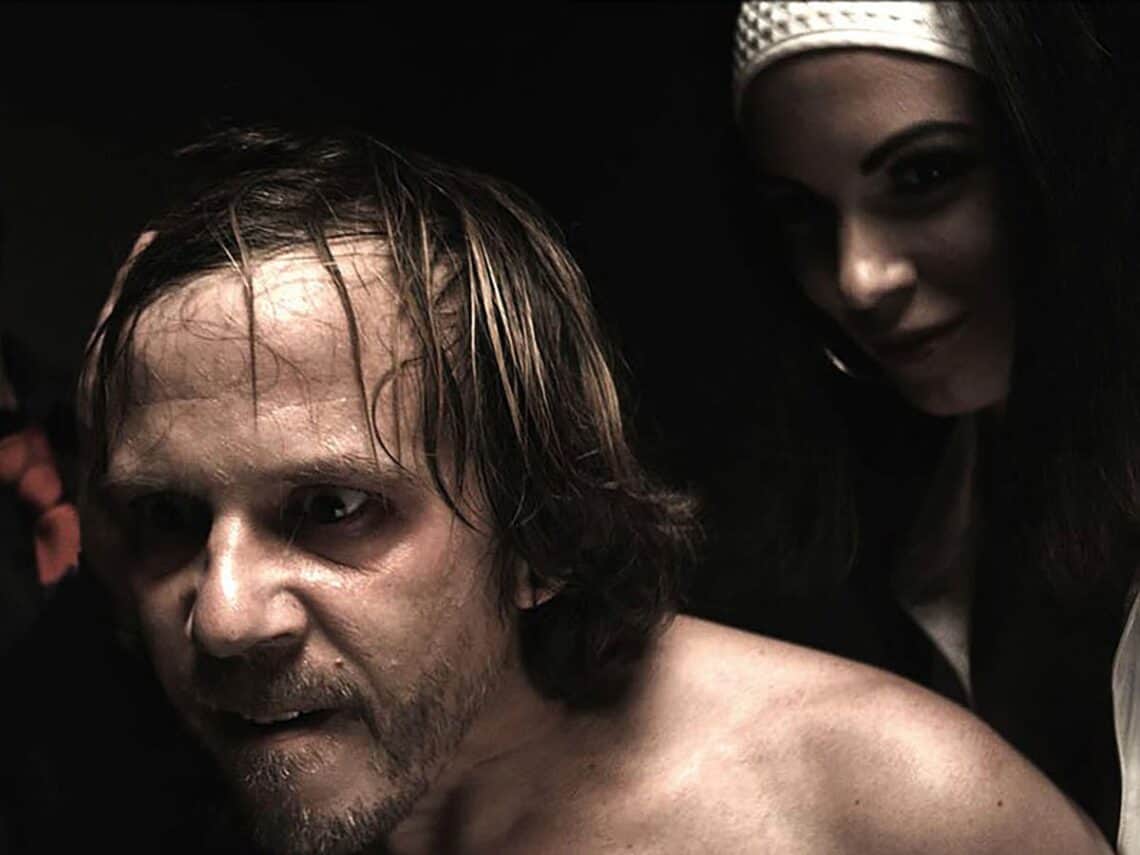 We’ve all seen at least one really disgusting or disturbing movie – something that we wish we hadn’t watched or a film that stayed with us long after viewing.

The king of horror himself, Stephen King, makes a distinction between what he calls the “Three Levels of Horror.” At the top of this list sits the ‘Gross-out’ horror: repulsive images elicit in ourselves a sensation of immediate discomfort that can make us feel sick to the core – like we are watching something that we shouldn’t have.

In this list, we’ll be taking a look at some of the most shockingly disgusting movies ever made. 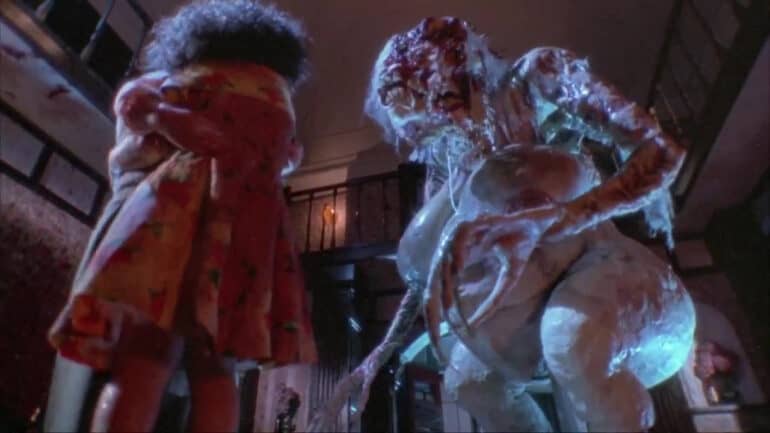 If copious amounts of blood are enough to make you queasy, then Braindead is definitely not for you. Also known as Dead Alive, this 1992 dark comedy was directed by none other than Peter Jackson – yep, the same Peter Jackson that would be working on the Lord of the Rings trilogy just a decade later.

Braindead is Evil Dead’s uglier cousin: revolting and utterly violent, the movie was infamous for its gory final sequence, where Jackson decided to use 300 litres of fake blood.

I mean, when you have a plot that begins with a Sumatran rat-monkey, you better commit to the campy bit. This is an incredibly disgusting movie. 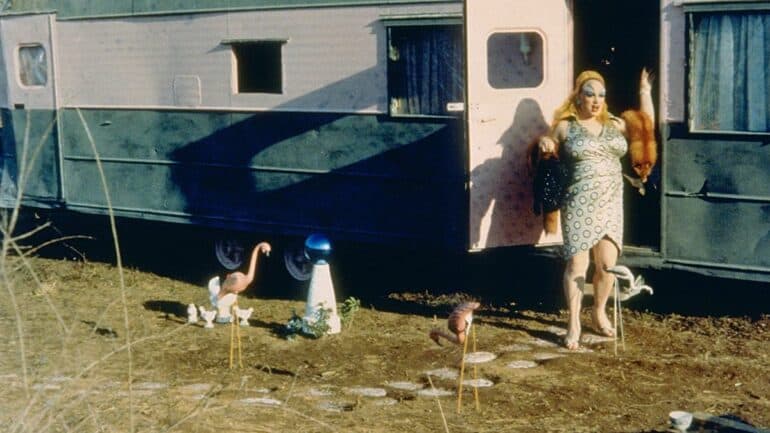 Directed by John Waters, Pink Flamingos is the kind of disgusting movie you would get if you told someone to make the nastiest film ever known to man. Every perversion imaginable can be found in this film. If that sounds a bit too pearl-clutching to you, that might be because you still haven’t watched Pink Flamingos.

One of the film’s most infamous scenes involves a character eating authentic dog faeces. Why would Waters commit so much to the nasty realism is something that only he can understand.

Seriously, just read a synopsis online and don’t watch this film – you’ll end up losing your appetite for weeks. 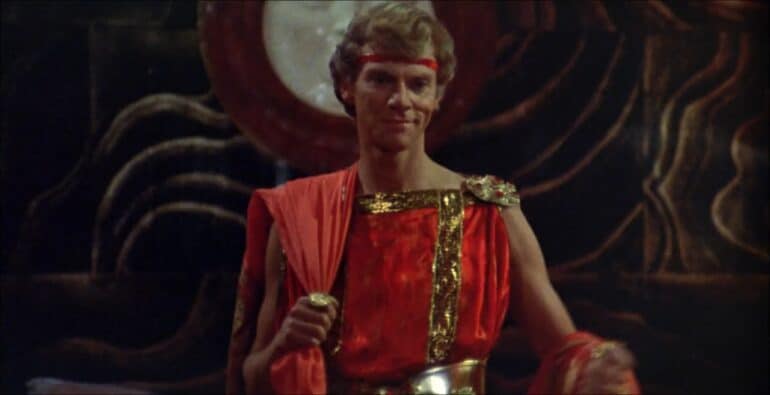 Nearly a decade after starring in the classic A Clockwork Orange, Malcolm McDowell would find himself in the lead role of yeat another transgressive film – even though this time critics weren’t as pleased with the result.

Caligula might not be as shocking and repulsive as the rest of the films in this list, but what it lacks in pure shock value it more than makes up with its sheer malice. Even the movie’s writer, Gore Vidal, declined to appear in the film’s credits.

That’s when you know your movie might be a tad too repulsive and disgusting for most audiences.

Most movies in this list can be considered pure schlock made with the express purpose of causing repulsion to moviegoers – but, that’s not the case with 2016’s Raw. Sure, the film is still a hideous gorefest, but there’s a drama gem hidden deep beneath the obscene amounts of blood and viscera.

The movie is about a vegetarian girl that develops an insatiable hunger for human meat after she’s force-fed a rabbit kidney. If that doesn’t sound traumatic enough for you, don’t worry: the rest of the film is a downward spiral of depravity and violence that’s enough to turn anyone into a vegan for life. 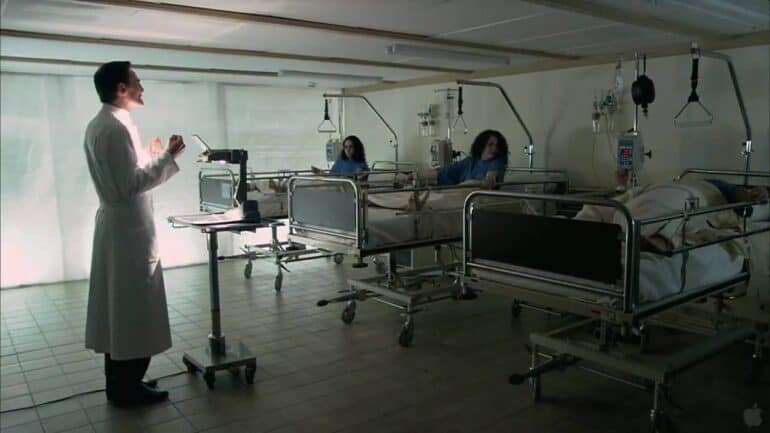 Everyone has heard of The Human Centipede; even if you’ve never watched the film – and let’s be honest, almost nobody has –you know that this twisted film features a sick experiment that merges people together in the nastiest way possible.

The Human Centipede might be one of the most mainstream pieces of schlock we’ve ever seen. The movie’s concept has been parodied in shows like South Park, partially due to its preposterous plot.

How such a deranged and disgusting movie managed to get two sequels is anyone’s guess, but I think the shock value of the film and its infamy across social media might have helped bring it into the public spotlight. When it comes to revolting body horror, Japan has an entire sub-genre of schlock cinema dedicated to showcasing some of the most utterly disgusting bodily aberrations we’ve ever seen on film. For example, 1989’s Tetsuo: The Iron Man is is a wonderfully grotesque piece of drama.

However, if what you’re looking for is completely horrendous transformations, then look no further than Yoshihiro Nishimura’s Tokyo Gore Police. An abundance of blood and genitalia make up most of the movie’s runtime, so keep that in mind if you ever decide to watch this one with your parents.

The scenes of body modification seen in Tokyo Gore Police could have only been manufactured by a deranged man, or by a misunderstood genius. I’ll let you decide. 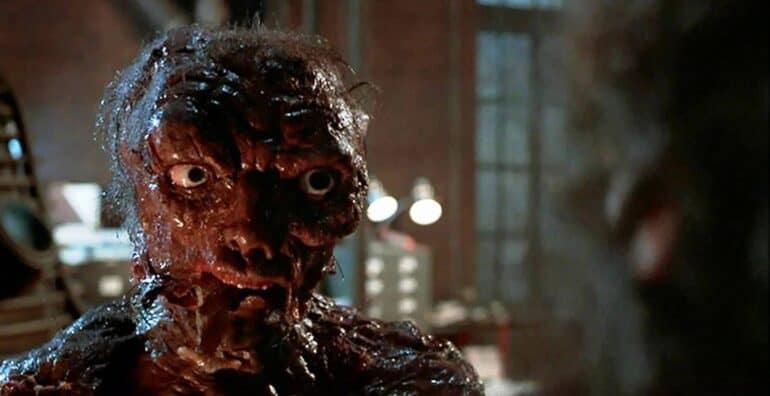 To be fair, it was hard not to make this list without including every single David Cronenberg film ever made. In the interest of keeping things as disgusting as possible, let’s go with the 1986 horror/sci-fi classic The Fly, starring Jeff Goldblum.

The movie follows the same basic premise as the 1958 film of the same name: a brilliant scientist accidentally splices himself with a housefly; hilarity ensues. The difference with the older movie is that Cronenberg went above and beyond the standards for realistic make-up for this movie, resulting in one of the most revolting and disgusting creatures ever seen in horror. 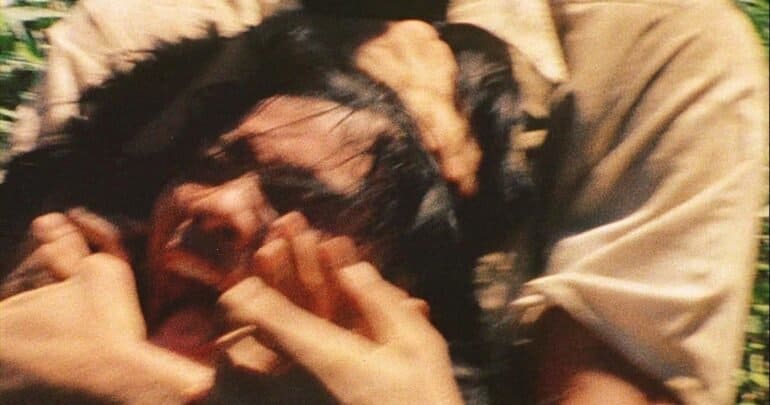 A movie so violent and deranged that it had to be banned in over 50 countries, there are many reasons why the 1980’s Cannibal Holocaust could be considered one of the vilest and most disgusting movies ever made.

Italian authorities went so far as to open an investigation against director Ruggero Deodato, believing that some of the graphics killings seen in the movie could be real murders caught on camera.

Of course, they were not real. However, the movie still landed in hot water due to its graphic (and real) killing of numerous animals, including a coati, a turtle, and even a pig, just to name a few.

Famous for being almost impossible to watch, 1988 Nekromantik is German exploitation cinema at its best – or worst, to be precise. The movie chronicles the deadly carnal desires of a couple who begin an unholy relationship with death and corpses. It’s cruel, vulgar, and pretty much the nastiest and most disgusting film you’ll ever see.

“Borderline unwatchable” would be the perfect way to describe Nekromantik’s transgressive scenes. There’s a thin line between art and madness, and it seems like this movie simply loves to dangerously tread along that path. 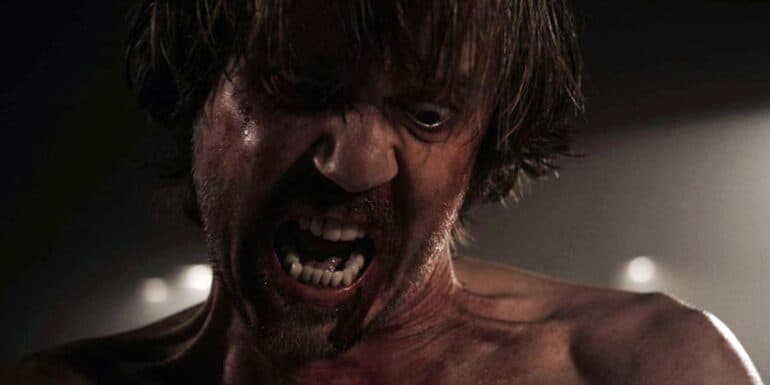 While some of the movies on this list have dealt at least partially with some kind of body horror, 2010’s A Serbian Film distances itself from the previous entries by being simply heinous in both concept and execution. From child abuse to necrophilia, there are all sorts of evil acts and unspeakable crimes committed in this movie’s plot, which was the reason for it being banned in numerous countries.

Upon its release, the movie was bombarded with negative criticism, with most reviewers considering it a pointless exercise in shock. The truth is that the plot of A Serbian Film leaves much to be desired from a narrative point of view, and can only be recommended to watch if you’re looking for an easy way to be scarred for life.

NEVER EVER watch A Serbian Film.

What are we missing from the list? Are these the most disgusting movies ever made?