Home > Movies > A Look Back At The Street Fighter Movie

A Look Back At The Street Fighter Movie 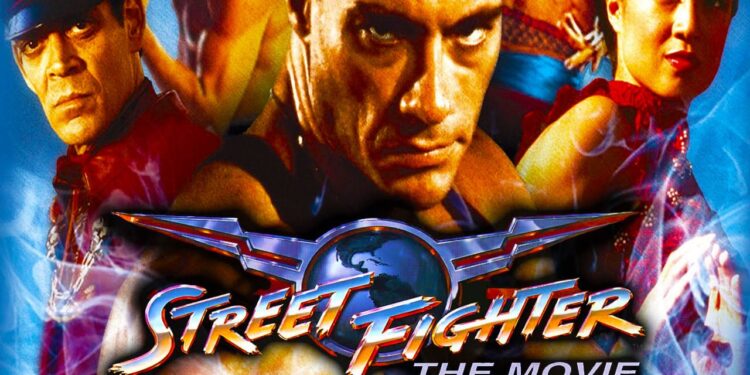 I LOVE Street Fighter – The Ultimate Battle! Seriously, I do!

Okay. Before you think I’ve gone completely bonkers, I should probably explain. This is a dismal film on so, so many levels. It doesn’t really look that good. The characters are one-dimensional, the plot is laughable, and the action less than spectacular. We don’t expect much from films based on computer games anyway, especially this one that’s based on a fighting game which didn’t have much of a plot anyway. In short, this is one of those movies that’s so bad you change the channel to avoid it.

Or, alternatively, you could do what I do with it. Check your brain at the door. Get a bucket of popcorn. Grab a beer. Several beers are better. A bottle of tequila is best. Take a seat. And then… just let it wash over you. Relax and enjoy one of the most blatantly silly, stupidly cheesy movies of all time.

The plot of Street Fighter: The Movie (don’t laugh! It really has one!) is that a war is going on in Shadaloo, which is presumably East of Vindaloo. The good guys of the Allied Nations, led by Colonel Guile, are taking on the evil forces of General M. Bison. We don’t get to learn what the M stands for, but it may be “Mental” given his actions. Bison has kidnapped 63 hostages and demands $20 billion and the withdrawal of all enemy troops. So that’s, like, $317 million per hostage or something. Damn, inflation is rough. Anyway, Guile isn’t about to bow to Bison’s demands because, well, he’s an Action Man. And Action Men always hit things. 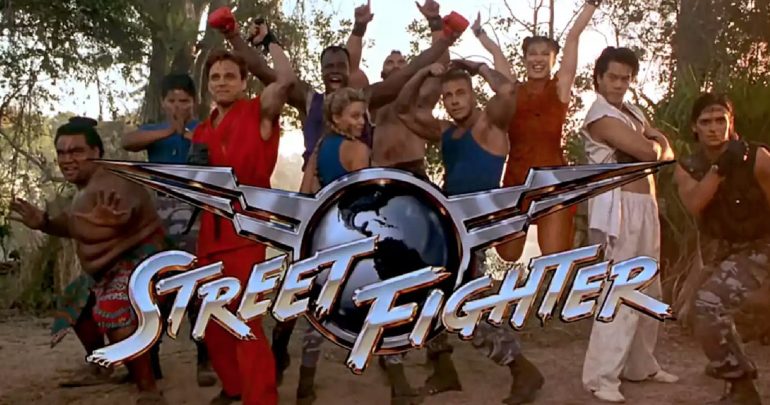 With no way of knowing where Bison is, Guile convinces con-men Ken and Ryu to get cosy with gun-runner Sagat. It all goes according to plan (sort of), although journalists-with-a-score-to-settle Chun-Li, Honda and Balrog go after Bison too. Oh, and Guile’s best mate Blanka is being turned into ‘70s Hulk by Bison’s chief scientist Dr. Dhalsim.

The Allied Nations want to agree to Bison’s demands, but Guile doesn’t care what those fancypants diplomats want. Like the love child of Rambo and Elmer Fudd, he leads his invasion force in a superboat that’s a bit like KITT, but it doesn’t actually do much. The inevitable battle happens, with lots of redshirts on both sides blowing up anything in sight and hiding behind polystyrene boulders. None of that matters, because in classic fighting game mentality it’s all about the one-on-one fights between the main characters.

It’s Ryu vs. cage fighter Vega! Ken vs. Sagat! Honda vs. bodyguard Zangief! Cammy and Chun-Li vs. weird hairstyles! T.Hawk vs. a headband! Blanka vs. nobody! And, of course, Guile vs. Bison in the ultimate battle to save the world!

Street Fighter: The Movie is stupid. Stupid, stupid, stupid. It’s the film equivalent of the kid in school who eats glue paste right up to graduation, and then later becomes President. I can’t deny that. Still, it’s got many of your “favourite” characters from the game, even if you don’t care about them in any way. There’s a bit of gunplay that’s more harmless than anything seen in The A-Team, and the fights are pretty dull.

So… why do I love this film so much?

I’ve asked myself this question a thousand times. All I can say is that it’s fun. REALLY fun. Jean-Claude Van Damme whispers, mumbles and munches his way through his dialogue as Guile, his accent a bizarre contrast to the stars and stripes he wears (and has tattooed on his biceps!). Actually, the weird levels of nationalities are elsewhere too, like Kylie Minogue as the British Cammy. But there are some great quips, from “I should have stayed at Microsoft” to the so-bad-it’s-good “Quick! Change the channel!”

Plus, Agents of SHIELD’s Ming-Na Wen is in it and she’s pretty damn awesome, even here. And, of course, there’s Raul Julia as Bison. That really sells it for me.

He was a great actor. I’ve seen him in various roles over the years, and he was never anything but brilliant even when the material was weak. Even if the film stank like month-old dead fish, he would give his best. Here he gets to stride about in a red leather Darth Vader suit, spouting some of the most overblown supervillain dialogue you ever heard. He’s not just a megalomaniac, he’s a megalomaniac with flair! The scene between Bison and Chun-Li is one of the funniest in movie history, as she berates his cowardice and how he slaughtered an entire village of people who couldn’t fight back. His simple response? He doesn’t remember any of it. It may have been a defining moment in her life, but for him… it was just Tuesday. 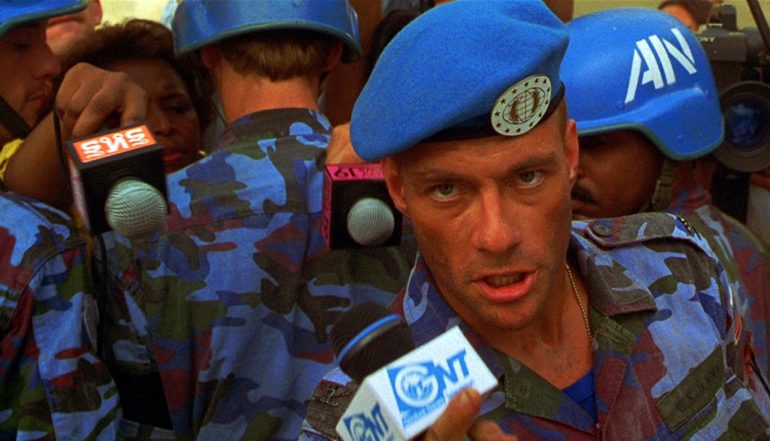 I know Street Fighter is a bad movie. Logically, it’s a B-movie that grades an F. It just happens to also have some A-list talent on show, and if you can enjoy its stupidity then it’s incredibly entertaining. We live in an era of bad blockbuster movies which have great material to work with but are stinkers. This film was no blockbuster, although it’s a stinker too. Yet in some ways it rises above its own badness, logic be damned.