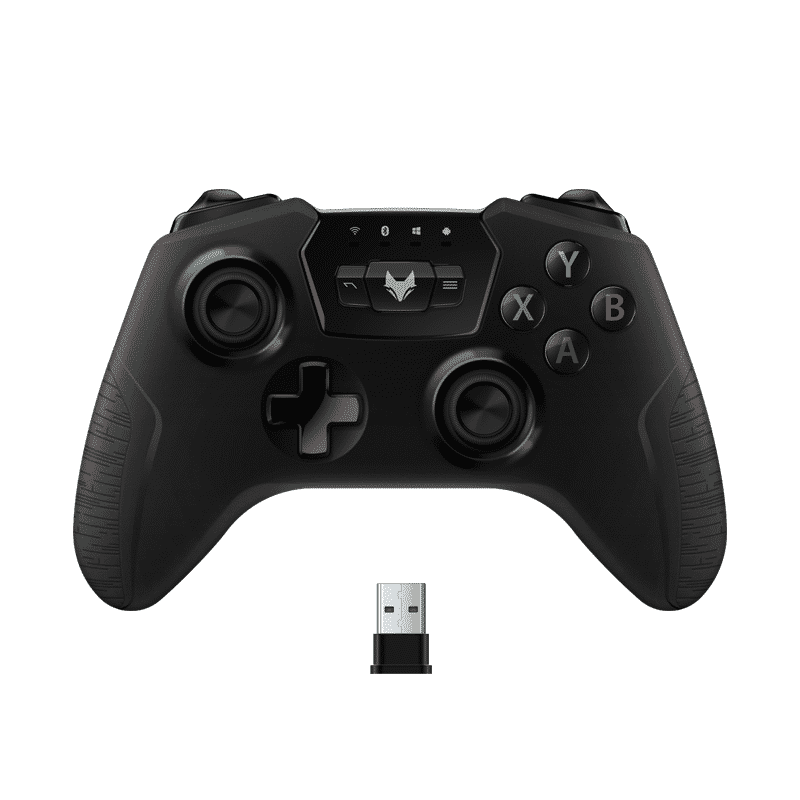 For the most part, many of today’s game controllers have fairly similar shapes at its core. Most of these have an asymmetrical and ergonomic design to get the best in terms of comfort and access to the multitude of buttons available within reach.

There are many ways for manufacturers to attempt to distinguish the controllers from the rest.

Syntech has introduced the SparkFox Atlas wireless controller, a low-cost controller with some additional features thrown in. 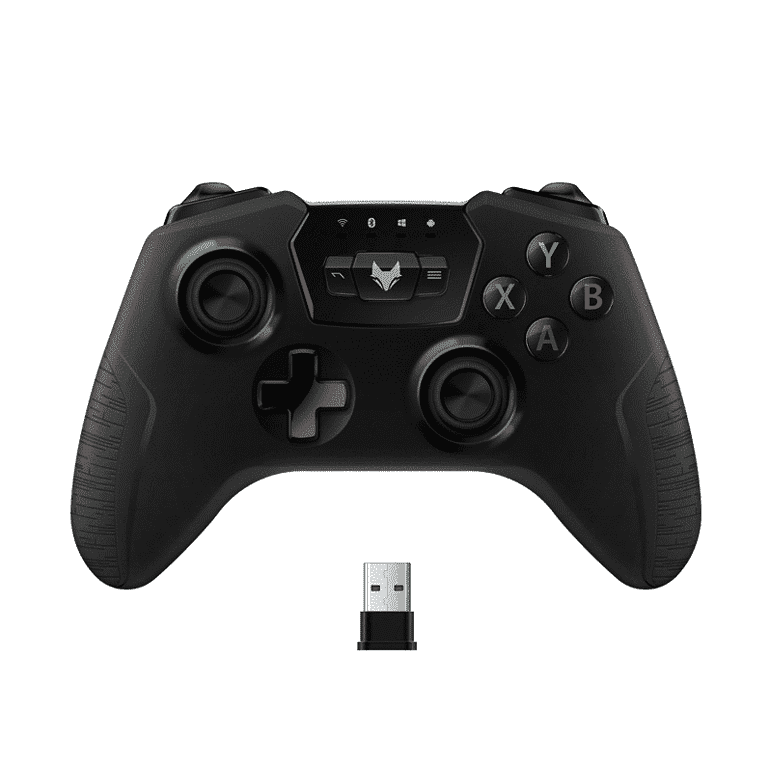 As alluded to in the introduction, there isn’t much in the way of a standout design on the SparkFox Atlas.

At its core, the shape is similar to that of the Xbox One controller, trimmed down a little. It has a very similar width and grips as well. However, it’s shorter and somewhat thinner to give it a sleeker look.

For me, the size of the controller was great. My hands gripped snuggle around the sides, with all the buttons within reach of my fingers as required. That said, the concern I have is that for anyone with larger hands may not have the same experience. But the same will apply when those same individuals who use the Xbox and PlayStation controllers.

The left and right analogue sticks, D-Pad, as well as some of the buttons, are also very similar to that of the Xbox One. This is evident by means of the A, B, X and Y buttons.

Where the SparkFox Atlas does differ are the triggers on the rear and the menu buttons in the centre.

Instead of the three menu buttons being separated, they’re sort of added to the centre. The main menu button sports the SparkFox logo and the two smaller buttons off on either side.

What’s nice about the SparkFox Atlas controller is that there are LED indicator lights above the centre buttons. This allows users to have a quick view of the connectivity options and makes switching between them much easier. I will discuss more on this in the Connectivity section below.

Being a wireless controller, it comes with its own USB nano dongle. The controller adds a nifty slot to house the dongle, tucked on the bottom rear. Simply open the flap and there’s a small cut-out that fits the dongle perfectly.

The build of the SparkFox Atlas is largely plastic. This is standard for the industry. The controller features a mix of finishes, which includes matter and glossy for specific regions.

Unlike the Xbox controller, the SparkFox Atlas has rubberised grips on the sides. This doesn’t cover the entire grip, but aligns neatly with the palms of your hands. The rubber is also featured on the analogue sticks, which is more conventional.

The unit is built quite sturdy, while still remaining very light thanks to its smaller frame. 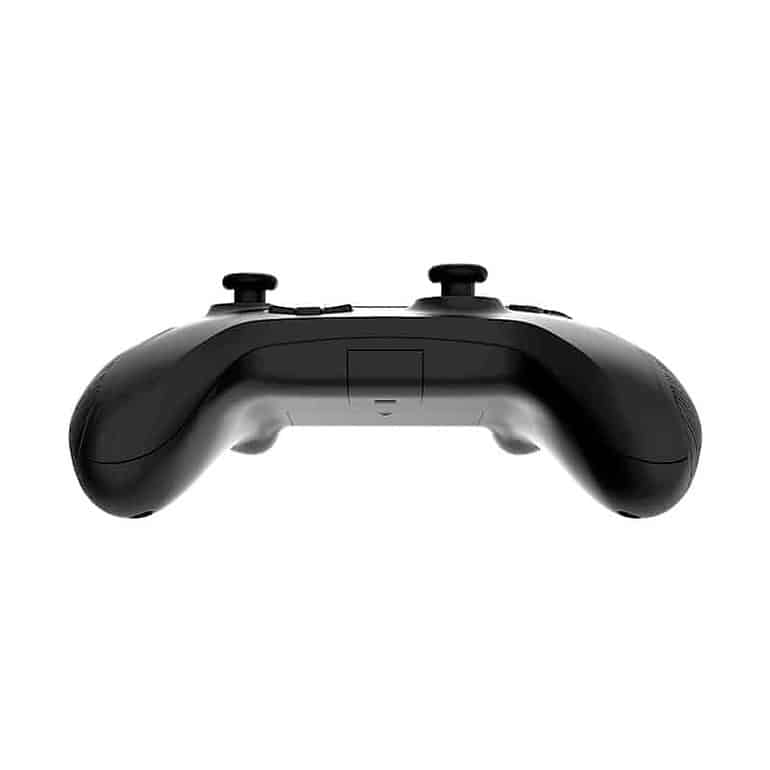 There are three ways to connect the SparkFox Atlas. And this is the major selling point of the controller.

The first, and recommended, is the wireless option. Simply take out the USB dongle, as mentioned in the Design Section, and plug it into your device of choice. Long press the main button to power on and it will immediately pair. The LED indicators will show two lights, the wireless and Windows or Android lights. You’ll then be good to go.

The second option is by means of Bluetooth. The SparkFox Atlas supports Bluetooth 4.0 connectivity to pair with your PC, Xbox or Android device. When powered on, make sure the wireless dongle isn’t connected anywhere. The device will then be discoverable via your device to pair with Bluetooth. Here, the indicator lights will show the Bluetooth light, as well as the Windows or Android light again.

Lastly, there’s a direct connection option. Included in the contents is a 3-metre long, braided USB cable, which plugs into the rear of the controller and into your device. The extra length of the cable makes it ideal even for use with your console which may be on the other end of the living room.

The Windows logo and LED indicator on the SparkFox Atlas actually refer to X-input. This X-input indicates when connected to the list of supported ecosystems, which includes Windows, Xbox 360, Xbox One, Android 4.0+ and even Steam OS.

The variety of connectivity options makes it a great option for many gaming ecosystems. 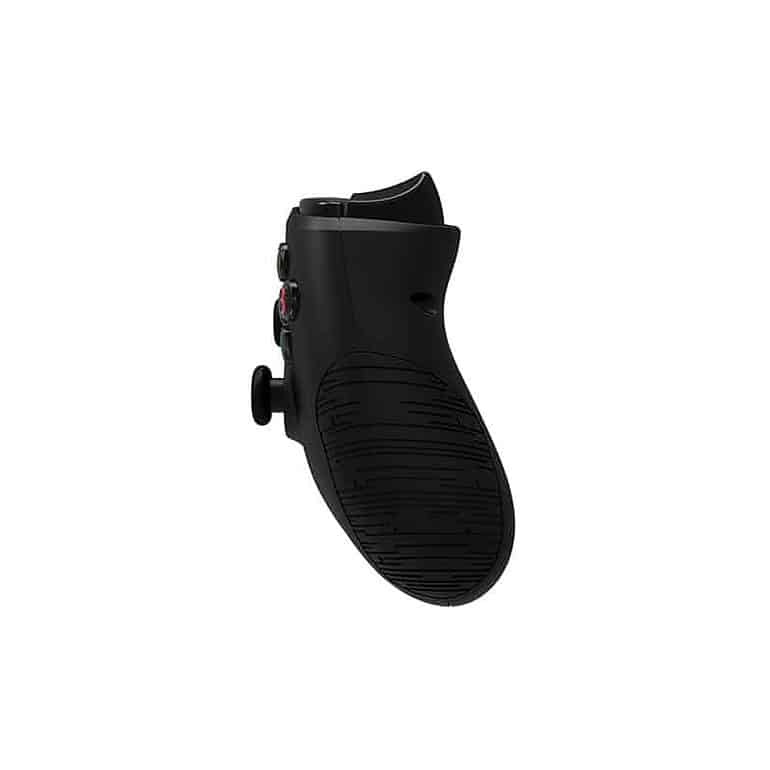 There’s a lot to love about the SparkFox Atlas controller.

For starters, the addition of the grips are very welcome. Over and above comfort, those longer gaming sessions benefit a great deal from the rubberised grip. This will counter any issues you may have with sweat build-up and the likes.

Having the required support for the various platforms, I didn’t have any issues with setup and config on PC or Android. This includes the force-feedback vibrations and the likes. Even when using the Steam Link app on Android it worked suitably well.

Whether it’s the analogue sticks or triggers on the rear, the tracking is fairly precise. It worked really well, with no lag or errors, such as not recognising any functions when clicked.

The battery compartment is the same size as that of the Xbox One controller. This means that if you have a battery pack, you’re able to use them again on the SparkFox Atlas.

Overall, I was very satisfied with the performance of the SparkFox Atlas controller during my gaming sessions. 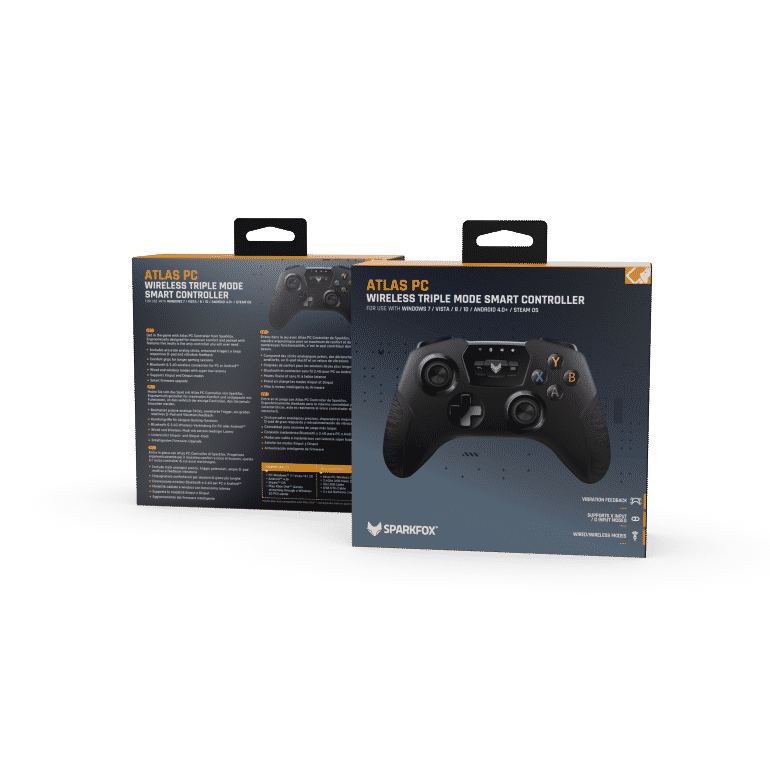 The SparkFox Atlas is a solid and reliable controller. Whether you’re on your PC, Xbox or Android device, the controller is capable of meeting your requirement. And then there is the multitude of connectivity options, which make suitable for a number of ecosystems. The controller carries a very reasonable R699 retail price and is available at a number of online retailers. 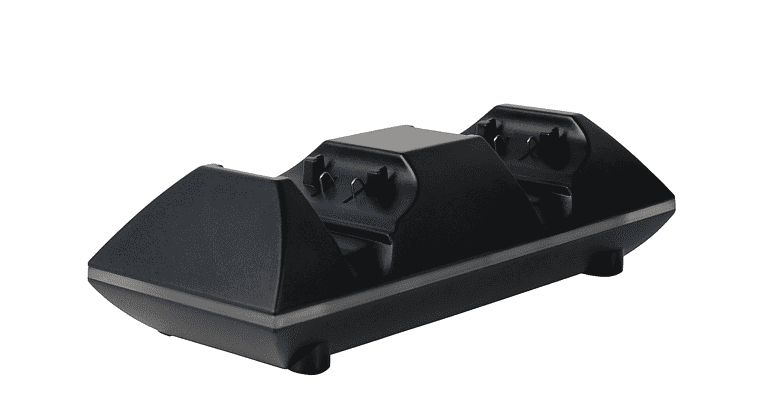 The SparkFox Dual Charge Dock, as the name suggests, supports two controllers to be charged at any time. The contents include a pair of batteries that clip into the back of your Xbox One controller – or compatible controller.

The battery pack has two special contact points behind them, which allow them to easily slip into place on the SparkFox Dual Charge Dock. They’re kept in place by means of a magnetic connection so they don’t slip off.

When the battery requires a charge, the LED lights indicate this with red lighting. It then changes to green once it has been fully charged.

Charging depends on the battery life remaining. This takes anywhere from 30-60 minutes. In addition to this, the batteries support fast-charging directly from the Xbox One console, which is great. The SparkFox Controller Dual Battery Pack is another extension of the ecosystem of the SparkFox controllers. With the battery pack, it offers a more affordable option to that of the SparkFox Dual Charge Dock.

The battery pack is compatible with Xbox One and similar controllers. The contents include two batteries and two 2m long, braided cables for charging. There is an indicator light on the battery to indicate when charging and fully charged.

The SparkFox Atlas is close to being an all-in-one device which supports multiple platforms. In addition to this, it also has numerous connectivity options, making it extremely flexible. The low cost makes it an easy choice for gamers in need of a new controller.