Thank Goodness! Shia LaBeouf’s Mutt Williams Will Not Be In Indiana Jones 5

Screenwriter David Koepp is hard at work on Indiana Jones 5, which is currently scheduled for a July 10, 2020 release. He recently revealed to EW that Shia LaBeouf’s Mutt Williams will not be returning for the upcoming sequel. And all the Indie fans said “Hooray!”

2008’s Indiana Jones and the Kingdom of the Crystal Skull was met with mixed reviews, with many fans disappointed with overall film (and that awful MacGuffin) and the addition of Shia LaBeouf’s character, Mutt Williams. Initially, it seemed like the studio was attempting to create a spin-off series with Mutt Williams taking over from Jones. It seems the strong response to the character has persuaded the studios to drop Mutt from the follow-up films.

“Harrison plays Indiana Jones, that I can certainly say… and the Shia LaBeouf character is not in the film. We’re plugging away at it. In terms of when we would start, I think that’s up to Mr. Spielberg and Mr. Ford… I know we’ve got a script we’re mostly happy with. Work will be endless, of course, and ongoing, and Steven just finished shooting The Post… If the stars align, hopefully it’ll be his next film.” 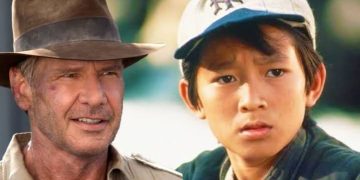