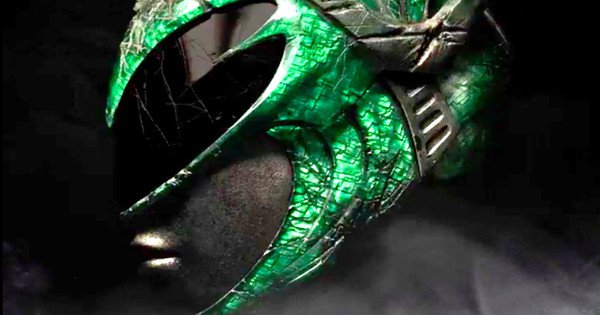 Director Dean Israelite recently revealed that the Saban Power Rangers film will feature a post-credit scene. Could it be a clip teasing the Green Ranger, perhaps? The movie’s official Twitter account sent out a mysterious motion poster with a green helmet.

Of course, it’s still really hard to tell if the fan theories that Rita Repulsa, played by Elizabeth Banks, is actually the Green Ranger are true. In the original ’90s television series, Tommy Oliver, played by Jason David Frank, was the Green Ranger. Whether or not that lore has changed remains to be seen. It wouldn’t be the first major change for the Rangers either. Earlier this week it was revealed that the Yellow Ranger would be a gay character.

Five ordinary teens must become something extraordinary when they learn that their small town of Angel Grove—and the world—is on the verge of being obliterated by an alien threat. Chosen by destiny, the heroes quickly discover that they’re the only ones who can save the planet. But, to do so, they’ll have to overcome their real-life issues and, before it’s too late, band together as the Power Rangers.